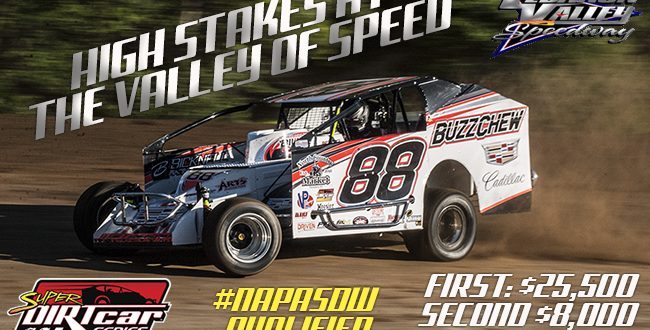 Can a Lebanon Valley ringer like fan-favorite Kenny Tremont hold off the Series drivers like last year or will a streaking Matt Sheppard put leave his mark on the famous speedway.

Erick Rudolph, the third generation driver out of Ransomville, NY is putting together a strong run of wins and top-three finishes in an attempt to reel in eight-time Super DIRTcar Series Champion Matt Sheppard. Sheppard now has a 110 point lead on Rudolph but the No. 25R team is undeterred.

Not far behind Erick Rudolph is Mat Williamson from St. Catherines, Ontario who splits his time in the family-owned No. 6 and the Buzz Chew No. 88. Race fans will see the slick No. 88 at Lebanon Valley action. Williamson has done everything but win so far this year in Series competition However he is coming off the biggest win in his career at Orange County Fair Speedway where he took home $100,000 on their Centennial Weekend celebration.

The Ringoes Rocket Ryan Godown is leading the Rookie of the Year standings and he is riding a wave of momentum from Orange County. The driver of the No. 26 machine is starting to find his groove. His Series best second place in the Battle on the Midway 100 guarantees him a starting position in the Billy Whittaker Cars 200 at NAPA Super DIRT Week XLVIII on Sunday, October 13. Godown is looking to keep the ball rolling at Lebanon Valley Speedway.

The red racers on team Gypsum are running fourth and fifth in points. Billy Decker has eleven top tens in the twelve races so far while Larry Wight is hot on his tail in fifth. Wight secured his Billy Whittaker Cars 200 birth at Plattsburgh earlier this year.

Demetrios Drellos and Jack Lehner are the two other Series rookies in the race. They are running eleventh and twelfth respectively. Lehner won the Last Chance Showdown at Orange County while Drellos has made improvements in Time Trials and Heat Races.

Joining Tremont in defending the high banks’ turf is Keith Flach, Andy Bachetti, JR Heffner, LJ Lombardo, and many others.

With so much on the line, race fans can’t afford to miss this one. $25,500 is one of the largest winners’ share in the business. And that’s not all. The winner gets a guaranteed start in the Billy Whittaker Cars 200 at Oswego Speedway on Sunday, October 13. 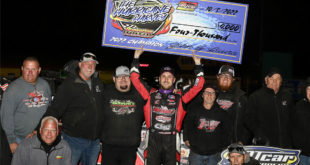