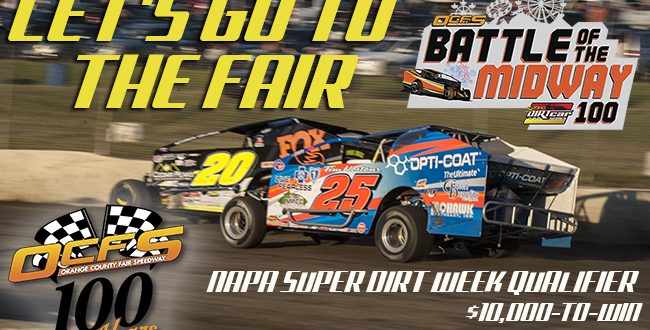 $10,000 and guaranteed NAPA Super DIRT Week start on the line Thursday, July 18, in Battle of the Midway 100 at Orange County Fair Speedway

MIDDLETOWN, NY — July 11, 2019 — The heat of summer is definitely heating things up on the Super DIRTcar Series, which invades Orange County Fair Speedway on Thursday, July 18, for the Battle of the Midway 100.

Last year’s dramatic 100-lapper ended with Stewart Friesen winning the grand prize and Matt Sheppard and Erick Rudolph finishing second and third. Going into the 2019 Battle of the Midway 100, these rival drivers are once again dicing it up for Championship glory. However, a string of bad luck for the native of Ransomville, NY has dropped Rudolph to sixth place.

Meanwhile, the Gypsum Racing team has stormed into the top five with both of their drivers, Larry Wight, and Billy Decker. Wight, the winner at Plattsburgh Airborne Speedway and now guaranteed Billy Whittaker Cars 200 starter at NAPA Super DIRT Week XLVIII, has moved into second place just 65 points behind leader Sheppard. Decker has been quietly consistent and rests in fifth place going into Orange County.

Mat Williamson has had a strong 2019 already with his new Buzz Chew Racing team ride. Although he hasn’t landed in Super DIRTcar Series Victory Lane yet, the No. 88 Big Block Modified has been sniffing around that top spot on most race nights. Fourth in points is HBR’s veteran shoe Jimmy Phelps. The No. 98H looks poised to crack into the top three. Phelps is just nine points out of third.

Ryan Godown is tops for the rookie of the year honors on the Series thus far in 2019 however Demetrios Drellos and Jack Lehner are locked in a duel right behind. They are 10th, 11th and 12th, respectively. Drellos and Lehner are separated by just eight points.

It’s always a torrid battle when it comes to the OCFS faithful vs. the Super DIRTcar invaders. Seven-time Super DIRTcar Champion Brett Hearn currently leads the Orange County Fair Speedway points battle over Tommy Meier, Craig Mitchell, Chris Whitehead and Matt Janiak. They will be out in force to defend the home turf and take home $10,000 to boot.

New clay has been laid down on the historic speedway. Recent testing on the new surface has been positive so the 100-lap Battle of the Midway should be one to remember. 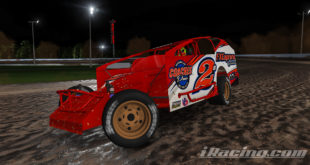 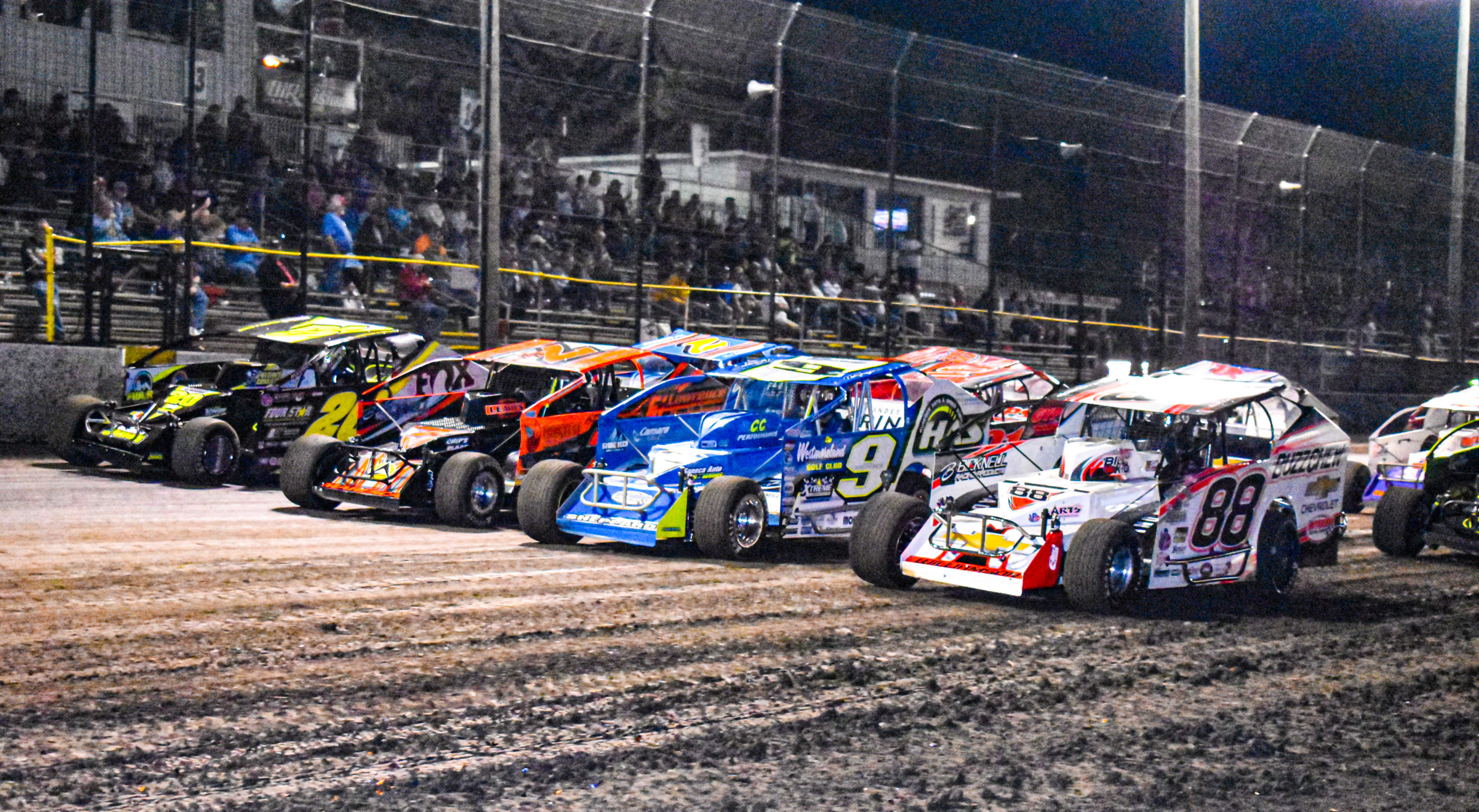 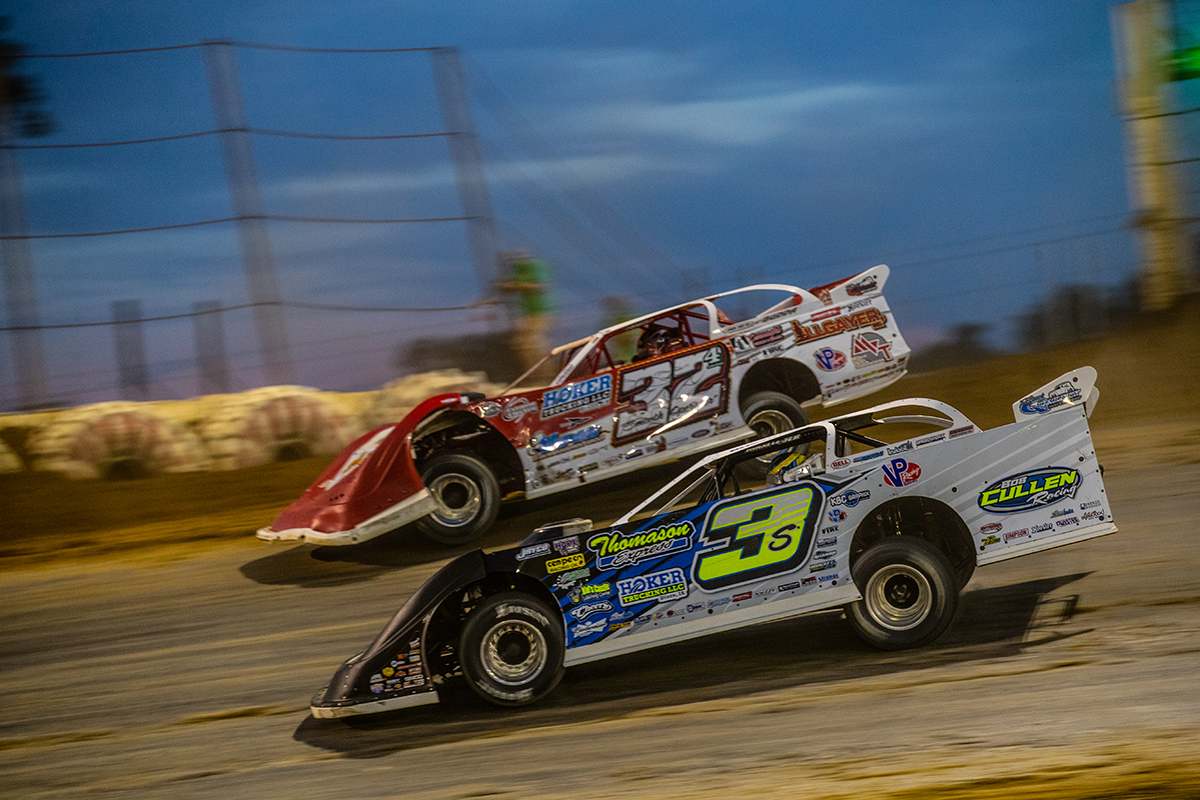