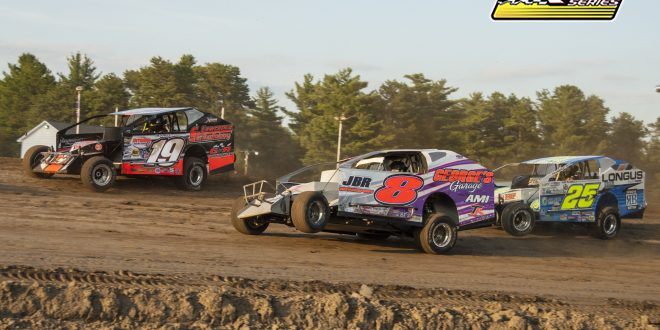 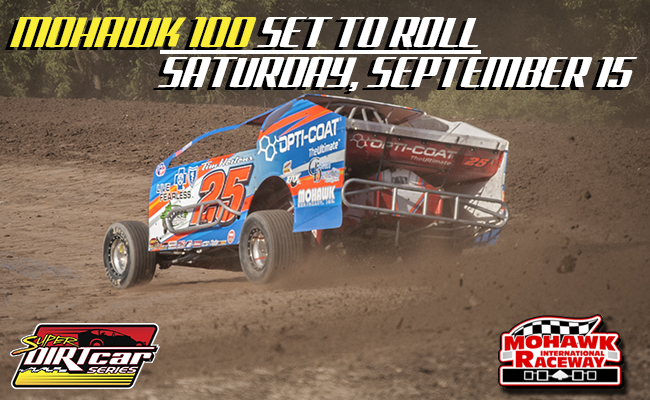 The Super DIRTcar Series Travels to the Mohawk Int’l Speedway on Saturday, September 15

CONCORD, NC – August 22, 2018 – Since 1994, the Big-Block Modifieds of the Super DIRTcar Series have invaded the small Adirondack town of Akwesasne, NY eleven times. Out of those eleven 100-lap races, Jimmy Phelps and Matt Sheppard have three wins each. On Saturday, September 15, they’ll bring their battle for Mohawk 100 supremacy back to the forefront. Sheppard leads in points but Phelps is not out of the fight and rides fourth overall. Tim Fuller is the favorite to win this season’s contest as he leads the DIRTcar 358 Modified points at the .400-mile track.

The Series brings a tight Championship points race to Mohawk. Western New York’s Erick Rudolph is crowding points leader Matt Sheppard at the top of the standings. HBR Motorsports’ Max McLaughlin and Jimmy Phelps are poised to jump to the top as well, sitting in third and fourth.

Mohawk International Speedway lies just south of Cornwall Motor Speedway, across the St. Lawrence Seaway. A hotbed of Modified racing, Mohawk attracts a high level of weekly competition that will surely give the Series regulars a run for their money. Series regular Tim Fuller leads Chris Rabbe in the Mohawk points standings and they have taken every win at the Upstate New York track in 2018.

Tim Fuller fully took advantage of his homefield advantage last year and picked up the win. Fuller made the pass on Billy Dunn with 40 laps remaining to earn his trip to Victory Lane. He’ll will do everything he can to repeat his win and jam up the points battle that is raging at the top of the Series standings. Will Sheppard, Rudolph, or McLaughlin be able to best him?

Louie Jackson Jr. has competed in multiple races with the Series this season and has been impressive. He too knows his way around Mohawk and is currently fourth in their points standings. Jackson plans to take on The Clay Palace at NAPA Auto Parts Super DIRT Week in both a 358 Modified and a Big-Block Modified. The young racer is one to keep an eye on.

The DIRTcar Sportsman of the Northern Region are also in action to support the Big-Block Modifieds. The Can-Am Mod Lite Series and Eastern Ontario Vintage Stock Car Club fill out the card.