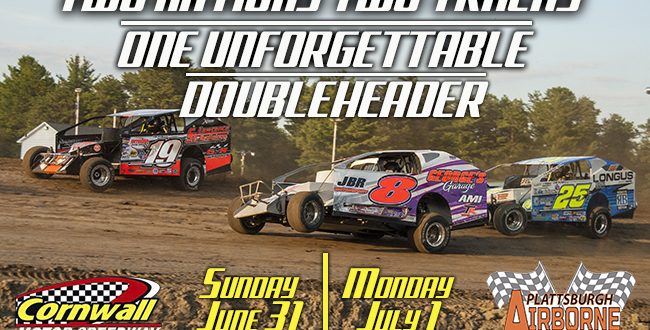 Cornwall, ONT – June 21, 2019 – The Super DIRTcar Series gears up for an international doubleheader. First, the Big Block Modifieds head north to Cornwall Motor Speedway for the $7,500-to-win O’Canada 100. Then after celebrating Canada Day with our neighbors to the North, the stars and cars of the Super DIRTcar Series take off for Plattsburgh Airborne Speedway the $10,000-to-win NAPA Super DIRT Week Qualifier Border Battle 100.

Cornwall Motor Speedway is a wicked fast, high-banked, quarter-mile track located in Cornwall, Ontario, Canada just across the St. Lawrence River. Last year, Super Matt Sheppard took the checkered flag on the way to his eighth Series Championship. This year the competition is as high as it’s ever been with full-time entries like Mat Williamson in the Buzzchew Racing machine, Mike Mahaney behind the wheel of the No. 35 Huttig car, and rookies Jack Lehner and Demetrios Drellos.

Matt Sheppard and Billy Decker enter the O’Canada 100 with three wins each at Cornwall. The all-time win leader is Brett Hearn with five. Race fans are eager to see what star of the Super DIRTcar Series will add to their tally or even make their mark with a first-time win.

So far only one driver has been locked into the Billy Whittaker Cars 200 on October 13 at Oswego Speedway; Matt Sheppard, who took the win at the inaugural Thunder in the Thousand Islands 100. Plattsburgh Airborne Speedway will award the third of these guaranteed starts as The Big Show 11 the week before is also a NAPA Super DIRT Week XLVIII Qualifier.

The excitement at the Qualifiers is palpable as fans can get a slice of the classic Super DIRT Week atmosphere of drama and high stakes. Drivers are amped to pick up that $10,000 payday plus they know that come October, they will automatically start the Billy Whittaker Cars 200. For the first time, under the tutelage of newcomer Robby Knowles, the Super DIRTcar Series returns for a $10,000 grand prize. Drivers and fans from Ontario and the US are expected to flock to the great Plattsburgh, NY track in great numbers.

Billy Decker, Larry Wight, Jimmy Phelps, and Danny Johnson will be gunning to sweep the doubleheader for a $17,000 Sunday-Monday. The Doctor is looking to sweeten things up as he will be back with the Sweeteners Plus race team in the familiar red and yellow paint scheme.

Both tracks showcase 358 Modifieds weekly with a slew of their regulars ready to tackle the DIRTcar Series faithful. Names like Carey Terrance, Chris Raabe, Brian McDonald, Jessey Mueller, Kyle Dingwall, Steve Bernier and others will be out to defend the home turf.

If you can’t make it to the track, be sure to tune into both races live and in HD with our partners at FloRacing. FloRacing is an industry leader in live streaming sports. 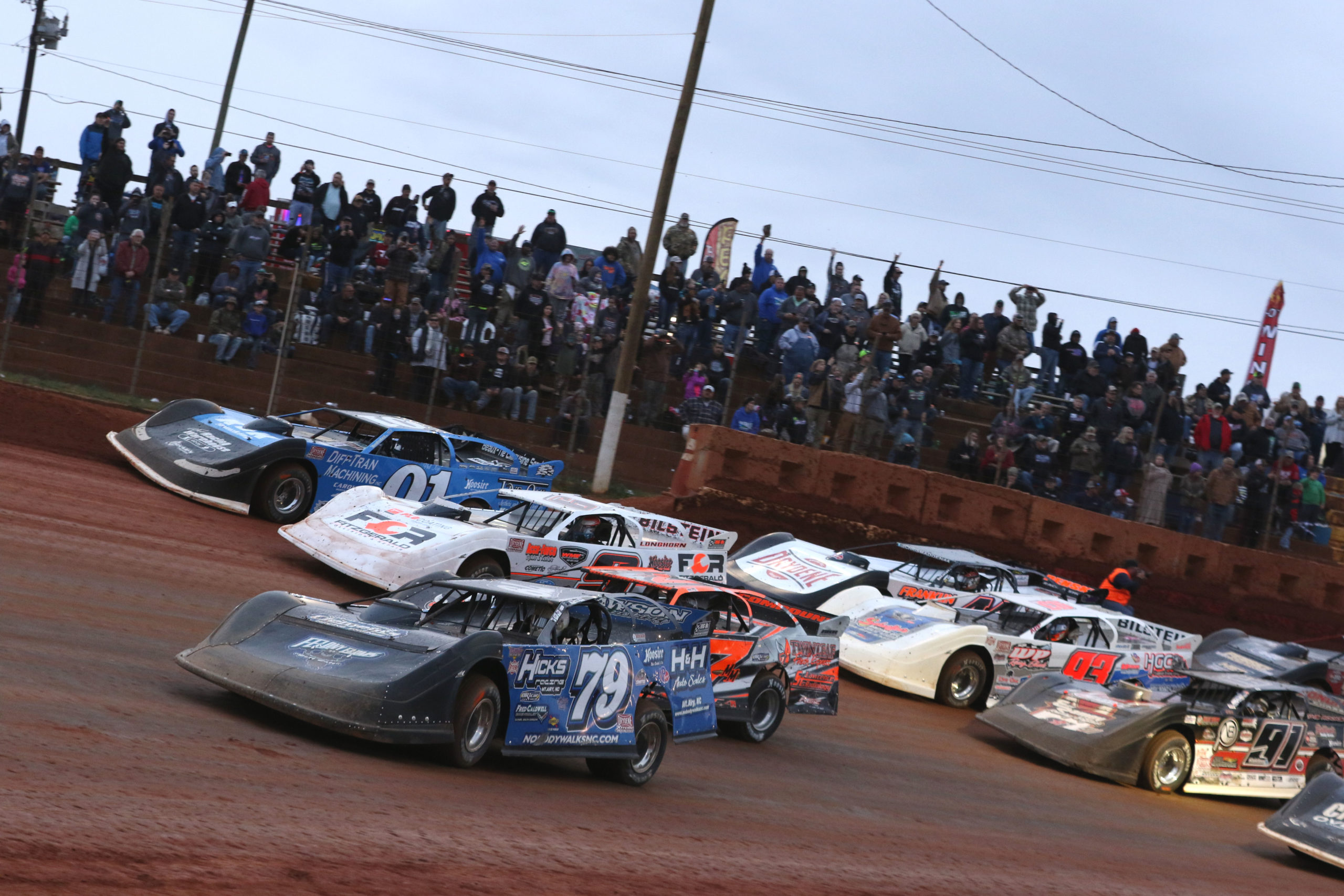