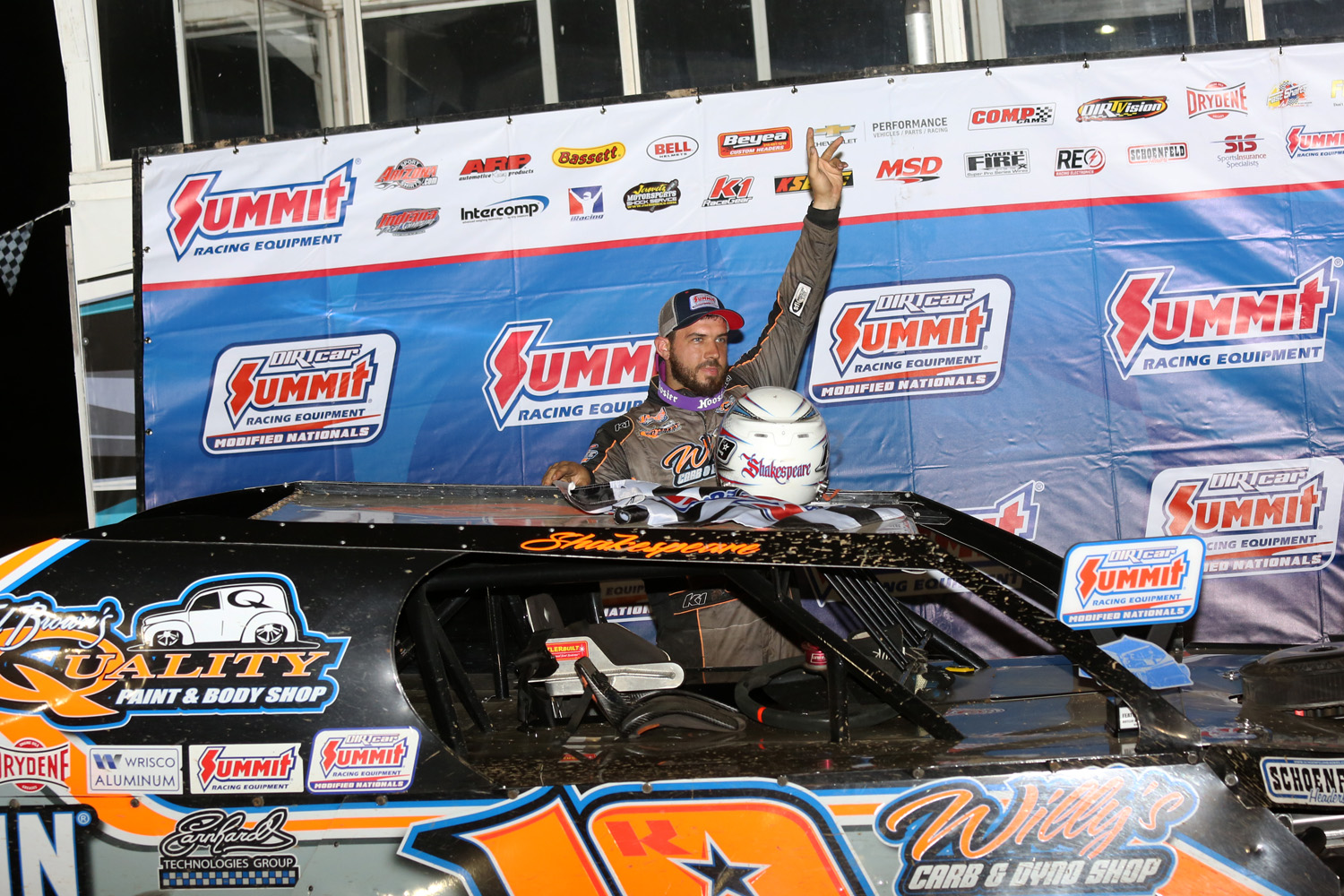 He led every lap in the inaugural visit to Butler Motor Speedway last year, and now he’s back. Will Krup has made his return to DIRTcar Summit Racing Equipment Modified Nationals Victory Lane.

After a heartbreaking loss on the final restart last Saturday night at I-55, Krup rebounded and made sure the same thing wasn’t going to happen Wednesday night. After leading all but the first lap since the drop of the green, Krup found himself one lap away from victory when the caution flag flew, setting up a green/white-then-checkered finish.

“We were leading there at [I-55] and kinda gave it away with about four-to-go,” Krup said. “So, it was kinda nerve-wracking with a single-lap shootout. But, the car was good and it all worked out.”

Indeed it did work out, as Krup held off the ringers behind him including Hunt Gossum, Dillon Nusbaum and Chad Bauer to bag the $1,500 victory.

Also in attendance was the 2012 Summit Modified champion Kenny Wallace, who had a great comeback from 17th to finish eighth after a wild start to his night in the Heat Race. Fellow former NASCAR star David Stremme was making his first appearance of the season with the Summit Modifieds Wednesday night and soon found himself in an interesting situation with Wallace after four laps in Heat #2.

Stremme made contact with Wallace in Turn 3, sending Wallace around in a spin. Both drivers were sent to the rear by rule, which forced them to try and regain their transfer spots in just four laps. Stremme succeeded, but Wallace did not, and had to come from his Last Chance Showdown to start the Feature. Wallace bagged his eighth top-10 of the season, while Stremme retired after 11 laps.

The Summit Modifieds roll into I-96 Speedway Thursday night, Aug. 19, for another $1,500-to-win showdown in Race #2 of Champions Week. Catch all the action live on DIRTVision presented by Drydene. 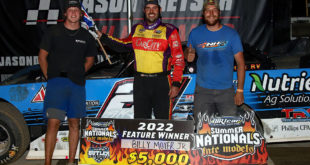 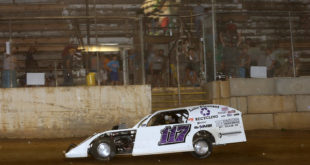 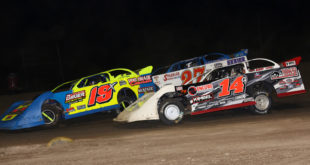 WHAT TO WATCH FOR: Michigan Rivals Take on Summer Nationals in Four-Race Tour Finale