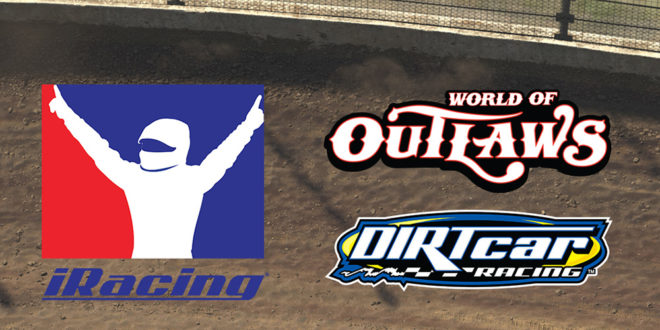 “We’ve had an exceptional partnership with iRacing and are thrilled to not only continue that relationship for many years but to expand it, as well,” said World Racing Group Client Services Executive Director Tish Sheets. “Along with all of our Series and tracks having a presence in the PC simulation product, we’re all highly anticipating the release of the new World of Outlaws console game.”

The console game, due out this fall, will be for Xbox and PlayStation, featuring the World of Outlaws NOS Energy Drink Sprint Car Series. The new product has been developed by Monster Games, with iRacing providing art assets and an improved physics model for the cars in the game.

“We’ve been exploring the right opportunity for iRacing to move into the console gaming market for quite some time and are excited to partner with World of Outlaws in order to take this first step later this year,” said iRacing President Tony Gardner. “iRacing’s acquisition of Monster Games (in 2021) enabled us to step in and help provide some improvements to this title while it was already in development, and we look forward to being able to contribute even more to MGI’s future titles. We look to provide the dirt racing community with an engaging and fun console gaming experience.”

“With iRacing’s resources, we were able to take extra time in development to add features and content that will provide a fun and realistic experience for everyone, from multiplayer online action to a career mode featuring real-world drivers and tracks,” said Monster Games Founder Rich Garcia. “We’re excited to give the robust community and World of Outlaws’ passionate fanbase a console gaming experience that they’ve long craved.”

Further announcements about the console game will be made in the coming months.

For more information on iRacing and to get special offers, go to iRacing.com. And for more on Monster Games, you can visit mgiracing.com.