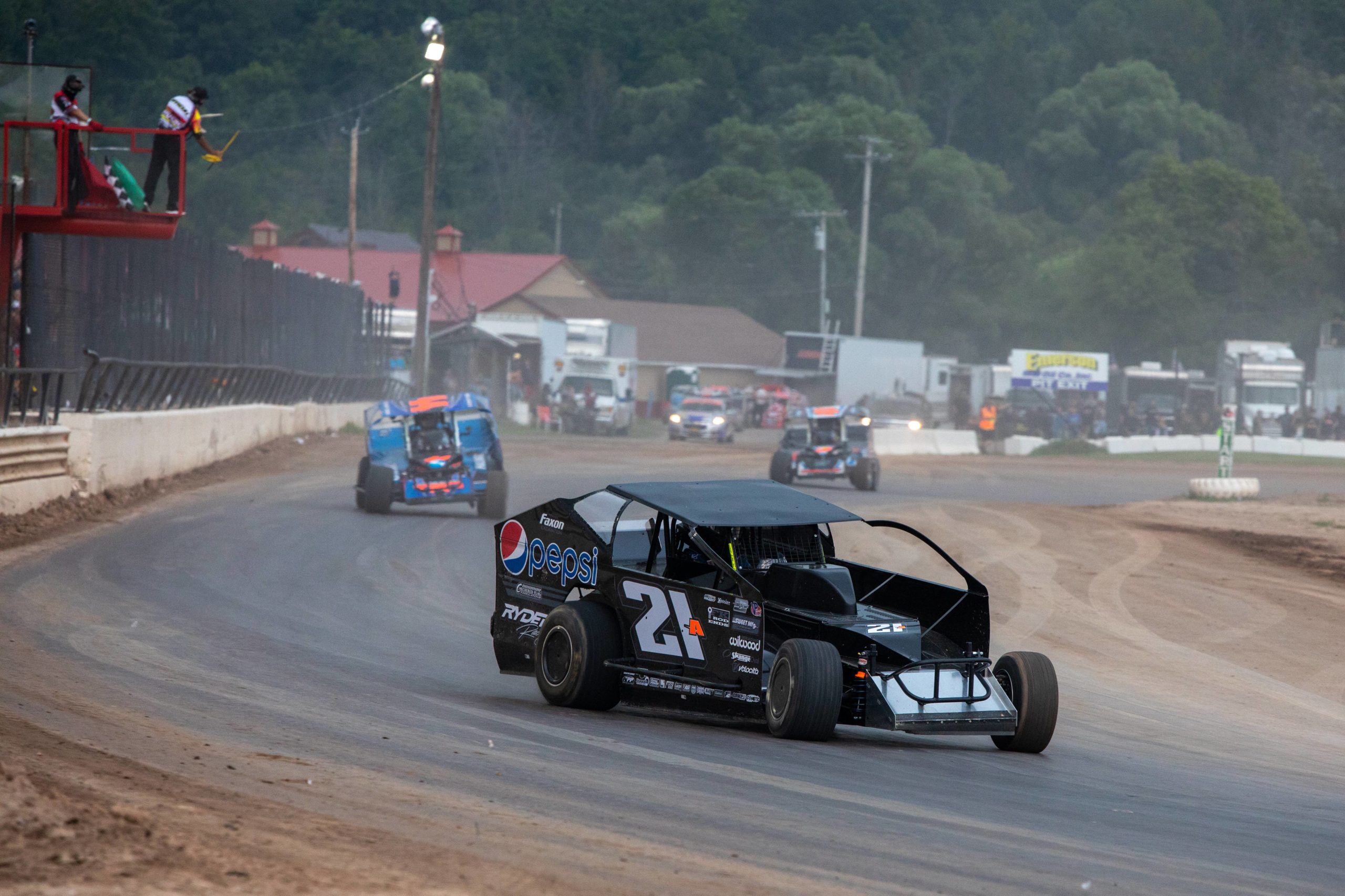 DOUBLE THE FUN: Land of Legends kicks off Series racing in August with Double Features

CANANDAIGUA, NY – Big Block Modified fans are in for a rare treat when the Super DIRTcar Series begins an important stretch of racing in August.

The Series will race two championship points paying 60-lap Features in one day on Aug. 4 at Land of Legends Raceway, including the makeup for the Liberty 100.

The event will kick off racing in August for the Series with the Aug. 3 date at Thunder Mountain Speedway being canceled due to a scheduling conflict. There will not be a makeup date for that event.

A storm postponed the original running of the Liberty 100 after Heat Races were complete. The remaining Last Chance Showdowns and 60-lap Feature will be completed before the regularly scheduled Aug. 4 Super DIRTcar program begins.

Peter Britten, the driver of the #21A Pepsi-sponsored Big Block, has had a strong first half of the season on the tour and is looking to capitalize with two big points races in one day in front of his home track fans.

“It would be amazing to get to Victory Lane in front of these fans,” Britten said. “It was a great start to get a win earlier in the year in the weekly deal. It was great for me personally and for Pepsi who came on board this year for my Canandaigua car and everyone else who has supported me for so long. I’ve always had a good following at Canandaigua. I’ve raced on and off there for quite a bit over the years.”

In eight starts, Britten rides sixth in the points standings. His consistent finishes, including two top-fives and five top-10s, have put him in a strong position going into the second half of the season.

Britten and his team have been road warriors over the years. They never miss a race on the tour plus running two weekly tracks. This year Britten’s decision to race at Canandaigua weekly has enabled him to race a little closer to home – Weedsport, NY – where his family can come see him race.

“If I could get a Series win here it would be huge,” Britten said with a grin.

Miss something on the PA at the track? Stay up-to-date with results, videos, photos, and more by following the Super DIRTcar Series on Twitter. Get features, news, and join the discussion with us over on Facebook. For great photos check out our Instagram.

If you can’t make it to the track, you can watch all of the action live on DIRTVision with the annual Platinum FAST PASS or monthly FAST PASS subscription.