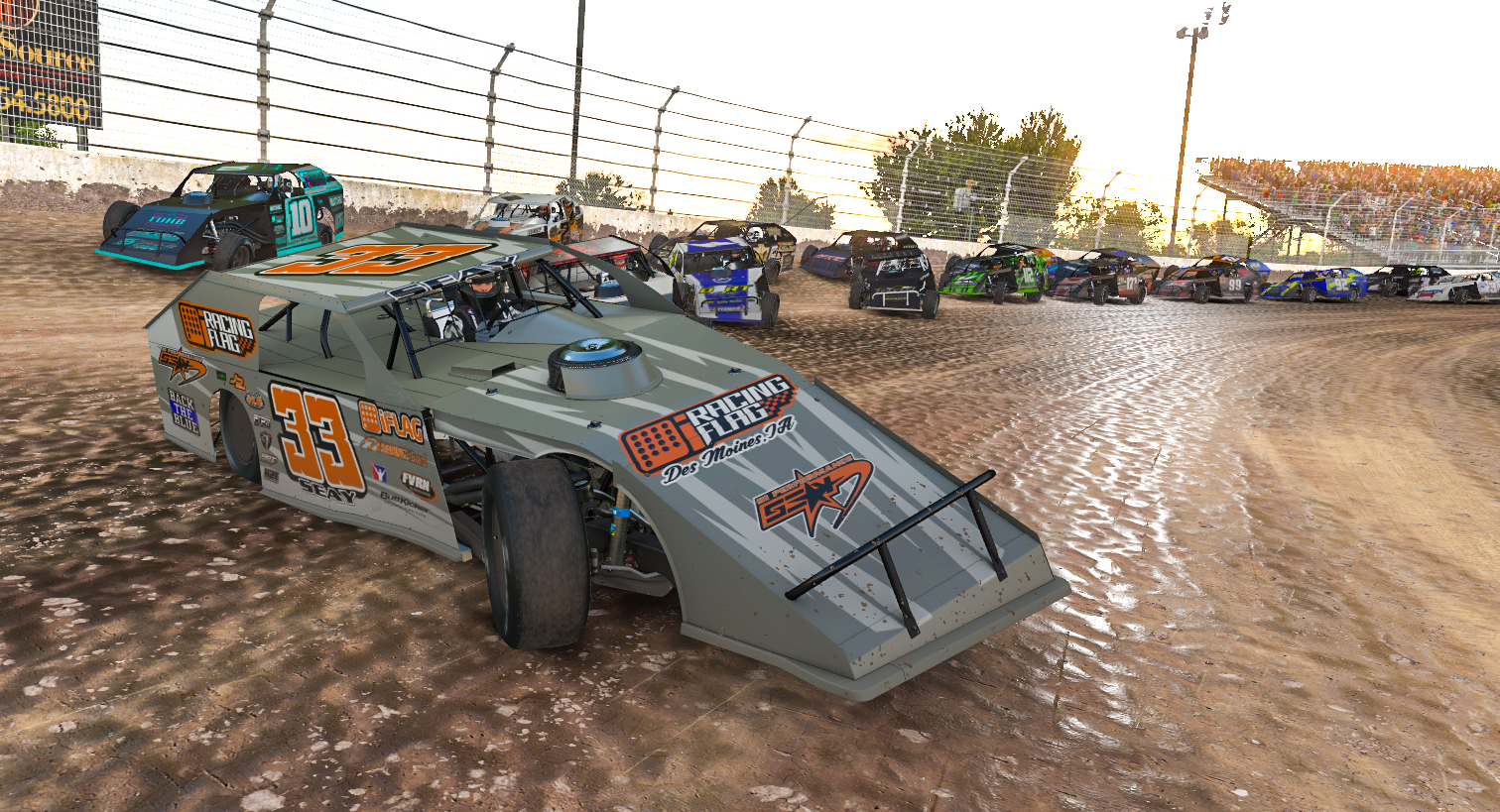 KOKOMO, IN – He won the inaugural DIRTcar eSports Tour event back in April. And just like that, Evan Seay is now the Tour’s third multi-time Feature winner.

Forced to climb back up to the top after slipping back from his pole starting spot early in the Summit Racing Equipment UMP Modified Feature at the virtual Kokomo Speedway, Seay ran a strong yet patient race en route to the $250 victory, holding off a late-race charge from fellow iRacing Pro Kendal Tucker.

At the drop of the green, Seay, of Chesnee, SC, dropped back to second and proceeded to mix it up with the top-five through the first half of the race, trailing the likes of Alex Bergeron, of Drummondville, QC, and Blake Matjoulis as the race progressed.

A few caution flags bunched the field up for several restarts before halfway, setting the stage for a ferocious battle between leaders Bergeron and Matjoulis, of Ashville, NY. The two traded slide jobs several times before coming together out of Turn 2 on Lap 24, sending Matjoulis around into the wall and Bergeron around with contact from passing cars.

Both drivers restarted from much further back in the field from where they were as the leaders. Back to green the field went, Seay back to the lead now after assuming the spot after the incident.

Tucker, now back to the runner-up spot, gave Seay all he could handle as the laps wound down, chasing him on the high side. It seemed as though Seay was going to walk it on back to the checkers as he came to the stripe to take the white flag, but a yellow was suddenly thrown.

Seay was on top of his game, though, using that high-side momentum to carry himself through the green-white-checkered restart. After taking the white, Seay threw it to the bottom in the final two corners to protect the spot from Tucker trying to get by underneath. Some slight contact was made coming out of Turn 4, but Seay prevailed as he drove across the stripe first to collect $250 and 75 points toward the overall Tour championship.

This was Seay’s second career DIRTcar eSports Feature victory and first with the UMP Modifieds. Coming home in third was the first non-Pro driver finish in the field – Magnolia, TX’s own Karter Battarbee, after a great run inside the top-six all night long.

The DIRTcar eSports Tour action continues next Wednesday night, Dec. 9, with the Drydene Pro Late Models from The Dirt Track at Charlotte. Catch all the action LIVE on DIRTVision! 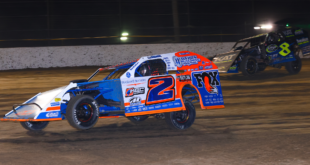