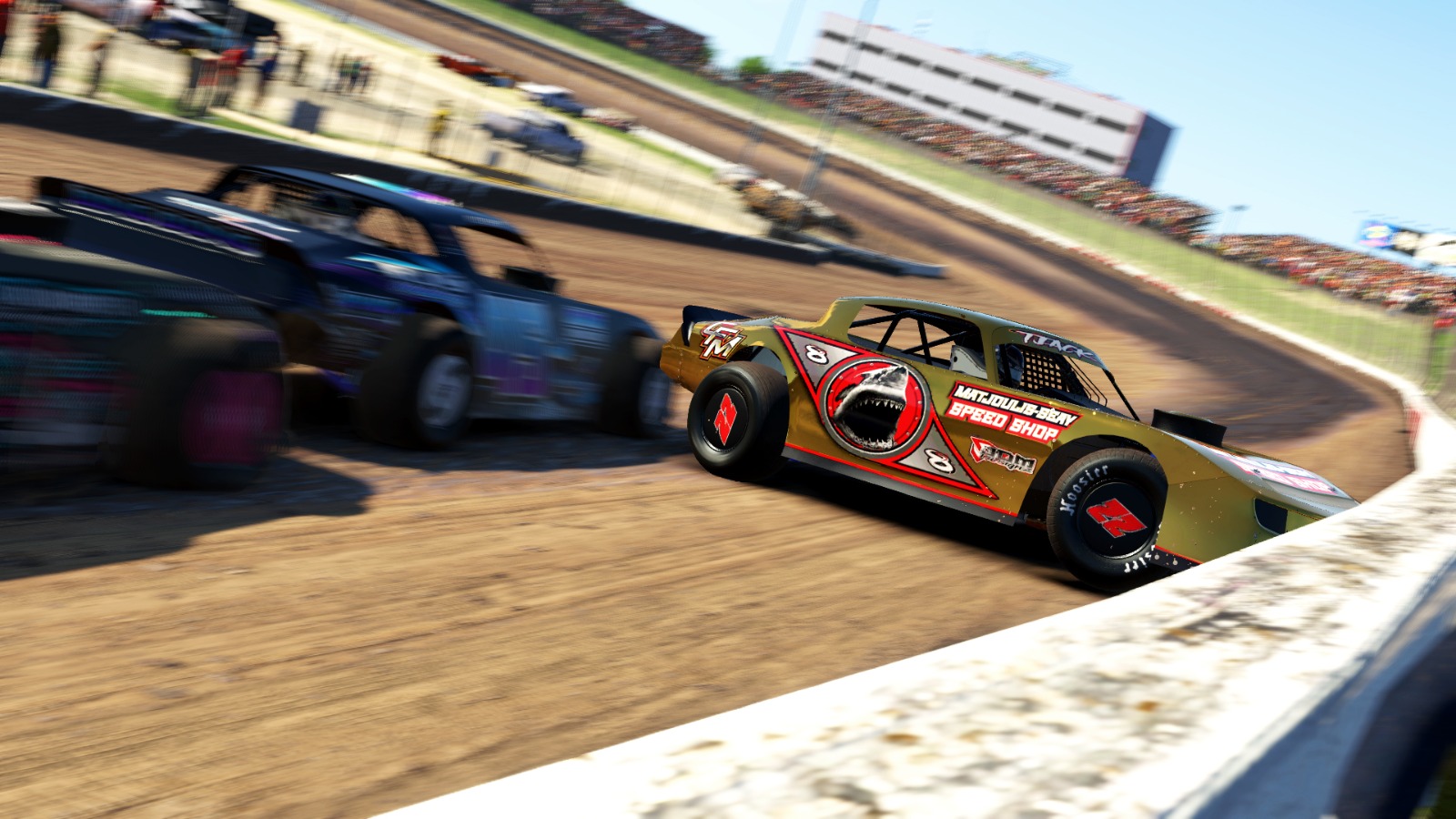 The DIRTcar eSports Street Stock League returns to action this winter with an all-new 10-race schedule, new broadcast platforms and a special collaboration with iRacing to bring the biggest Dirt Street Stock stars into the spotlight.

NEW BROADCAST PLATFORMS
DIRTcar eSports Season 5 will operate the Street Stock League every Wednesday at 7pm ET from Nov. 23 through Jan. 25, paying $100 to the winner and at least $10 to all 24 Feature starters. Beginning with the season opener at Volusia Speedway Park, each race will be broadcasted live on the DIRTcar eSports Twitch, DIRTcar Racing Facebook and YouTube channels with announcers Dylan Coyle and Chase Raudman – both World of Outlaws on-air talent.

Race highlights from each Street Stock event will then appear on the iRacing broadcast network the following Monday night before each iRacing World of Outlaws Carquest Sprint Car Series event, giving those drivers the chance to race and represent their sponsors in front of the widest live audience in dirt sim racing.

The iRacing World of Outlaws Carquest Sprint Car Series returns this winter season with a 10-race schedule of their own, featuring a full roster of the best virtual dirt track racers in the world competing weekly for thousands of dollars in prize money. The championship chase begins with the season opener at Volusia on Monday, Nov. 28, live on the iRacing Twitch channel at 9pm ET.

NEW SCHEDULE
To create a support division-like broadcast experience, the Street Stocks will follow the iRacing World of Outlaws track schedule, starting with Volusia on Nov. 23 and ending at The Dirt Track at Charlotte on Jan. 25. All 10 races will award drivers points toward the League championship standings, which will award the podium points finishers with commemorative trophies at season’s end.

NEW FORMAT, POINTS ELEMENT
A six-car invert has been added to the Heat Race format, flipping the top-six starters according to Qualifying times for each Heat lineup. The fastest six drivers in Qualifying will be rewarded with bonus points, on a scale of 10-to-five, toward the championship standings, making it possible for one driver to potentially earn a maximum of 85 points in one event should they post the quickest Qualifying time and win the Feature.

The traditional iRating cap associated with the Street Stock League has also been removed for Season 5, enabling drivers with any iRating (and a license class of A or below) to compete in the League.

REGISTRATION
Registration for the DIRTcar eSports Street Stock League is now open at the link below. Participants can sign up for individual races at $10 per event or select the PLATINUM option to register for all 10 races and chase the championship title for a discounted fee of $90.

The Street Stock action begins with the first race at the virtual Volusia Speedway Park on Wednesday, Nov. 23 – sign up to race today or tune into any of the new broadcast channels to watch your friends and family race live.

Not yet a member of iRacing? Now through December 1 is the perfect time to join with a Black Friday special of 50% off a new membership. Head to iRacing.com/BlackFriday to take advantage of the savings and begin your own sim racing career today.