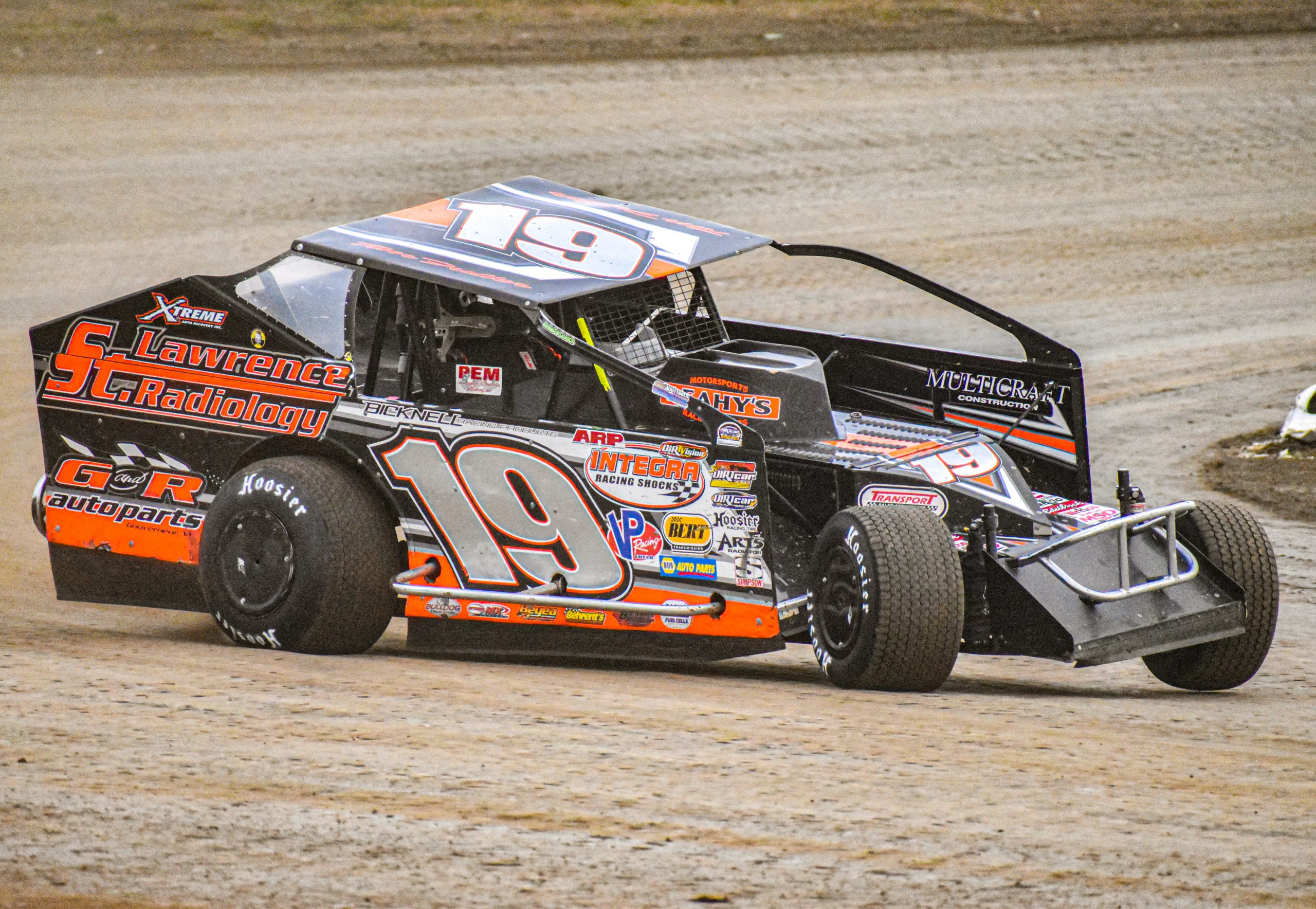 FULL BORE: Can-Am Speedway Geared Up for Thunder in the Thousand Islands

LAFARGVILLE, NY – On Saturday, April 10 the Super DIRTcar Series launches the 2021 championship points chase at Can-Am Speedway with the $7,500-to-win Thunder in the Thousand Islands 100.

Series stars like Canadian hero and defending champion Mat Williamson, seven-time champion Matt Sheppard, and many more premier Series drivers will be on hand to make their mark on the new season.

Under the tutelage of the Bartlett family, Can-Am Speedway, or as some call it, The Nasty Track, has experienced a racing renaissance. The track sanctions DIRTcar 358 Modifieds, Sportsman, and Pro Stocks in the Hoosier Racing Tire Weekly Championship program every Friday night, and all four DIRTcar Northeast Series make stops there.

The Super DIRTcar Series has made Can-Am its points championship opener for the past two years with the new fan-favorite $7,500-to-win Thunder in the Thousand Islands 100.

“I started at Can-Am Speedway racing full seasons 1992-94,” Fuller said. “Last year was the first time I had done a full season there since then. It’s basically what I grew up on. I guess you get comfortable.”

Fuller’s success at the track spans decades. Over the past few years, the track surface has been receiving a facelift, but that has not phased him.

“I don’t think the track has changed that much,” he noted. “Everyone talks about the changes, but I still run the exact same gear. I’ve noticed that on the exit of Turn 2 you can’t swing out as wide. They took the egg shape out. It’s more of a straightaway.”

Fuller worked hard from day one to put himself in a position to race with strong, funded race teams. He holds one of the longest gaps between Series wins, which is a testament to his tenacity. Fuller shocked the Series best at Brockville Ontario Speedway in 1996 but didn’t pick up his second Feature win against the Series until 2003 at Rolling Wheels.

“It was a local track. I had just started Big Block racing,” Fuller said of his early first career Series win. “I didn’t have a pot to piss in all those years. I was racing with my money and there was very little. I couldn’t finance a team. It was half a joke. When 2000 rolled around I hooked up with Bob Faust. I had the experience and the right equipment. From there, things took off. 1996 to 2000, it was a joke. I had less than average equipment, but I was a race junkie and I was racing to get going and move forward and find something better.”

Fuller isn’t worried about records, but the significance of being tied with the great “Jumpin” Jack Johnson is notable.

“I am past worrying about the record books, but no doubt it’s amazing to be tied with Jack Johnson,” said Fuller. “But I think I’ve gone about as far as I can go in this sport. I’m not getting any younger. But I plan on popping off one or two Series wins in the next couple of years.”

The legendary “Hurricane” Steve Paine currently holds the record for the most Series wins at Can-Am with three. Matt Sheppard, who has two Series wins there, has the Series track record with a 19.084 sec. lap.

Also on the card are the DIRTcar Sportsman Modifieds and the full-fendered DIRTcar Pro Stocks. They’ll be racing hard for valuable Hoosier points.

If you can’t make it to the track then be sure to pick up your DIRTvision FAST PASS for all the Super DIRTcar Series, World of Outlaws, and DIRTcar Racing action live.

MIGHTIER THAN THE SWORD: Stremme Strikes First in UMP Modifieds at Bristol