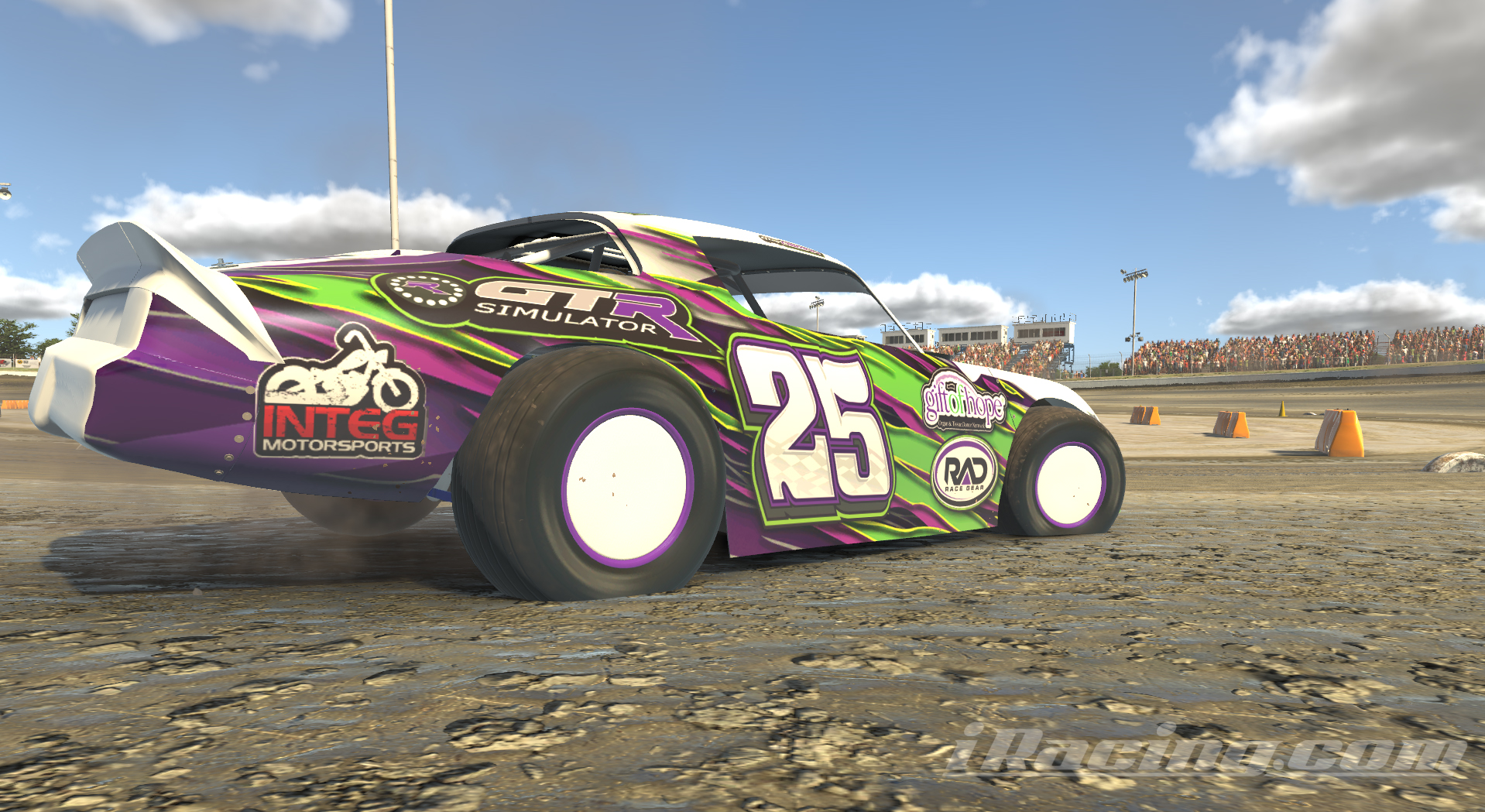 Although he recently traded-in some of his iRacing experience in for some seat time in a real-world DIRTcar Stock Car, Tyler Jackson proved Wednesday night that he still knows how to wheel it in the virtual world, too.

Leading all but four laps in the seventh race of the Chevy Performance Street Stock League, Jackson, of Rockford, IL, went head-to-head in a fierce home-stretch battle to the checkers with defending Limaland Feature winner Keith Hackney, of Calhoun, GA, to collect his third win of DIRTcar eSports Season 3.

Jackson took off from the third starting spot, grabbed the lead from polesitter Aidan Skraha on Lap 3 and began his defense of the top spot right away, as Hackney went right with him and slipped into second shortly thereafter.

Hackney hammered the top side of the 3/10-mile lap-after-lap and kept pace with Jackson’s #25 until he decided to make a daring move for the lead with under five laps remaining. A big slide job in Turns 3-4 by Hackney caused a bit of contact as they sailed through the turns, but Jackson was able to keep momentum and returned the favor in Turn 1-2.

“I saw Keith coming and had to make a move to try and win the race,” Jackson said. “So we battled it out, and he threw kind of a nasty slide job but he owed me one from the Heat, so it’s all good from here.”

The two exchanged slide jobs several times more over the final two laps until Jackson went low to protect the lead on the final lap. Hackney drove it in deep underneath one final time in Turn 3, but it wasn’t enough. Jackson survived the bumper tap and drove away with his third $100 payday of the season.

With his third win of the season, Jackson now extends his points lead over Carl Kilgore. It was a rough night for the Greenville, MS-native, who had made it up to fifth before contact with Skraha sent him backwards in the final laps, leaving him with a 19th-place finish.

To a bunch of his on-virtual-track success, Jackson attributes his time on the sim rig. Last weekend, he got his first taste of a real-life DIRTcar Stock Car in a weekly event at Fairbury Speedway – just one of several events he plans to compete in this year, using what he’s gathered on the virtual track. “Even though we crinkled-up some fenders, I went down and helped Greg [Osman, car owner] beat some of that stuff out. We’ll be back racing Macon [Speedway, Illinois] Memorial Day,” Jackson said.

The Chevy Performance Street Stock League is back in action next Wednesday night for Round #8 of DIRTcar eSports Season 3 at the Eldora Speedway. Catch all the action live on DIRTVision presented by Drydene. 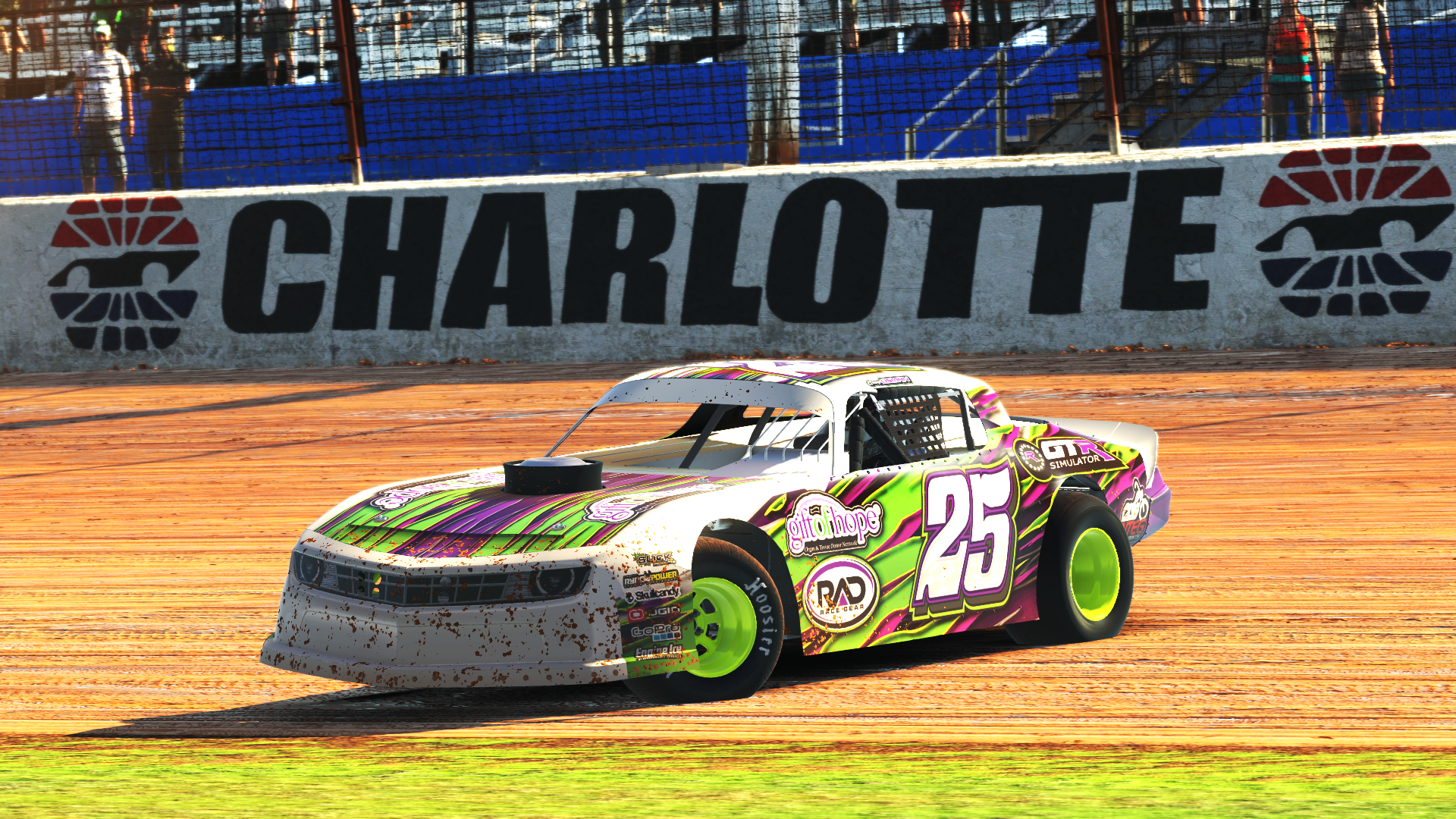 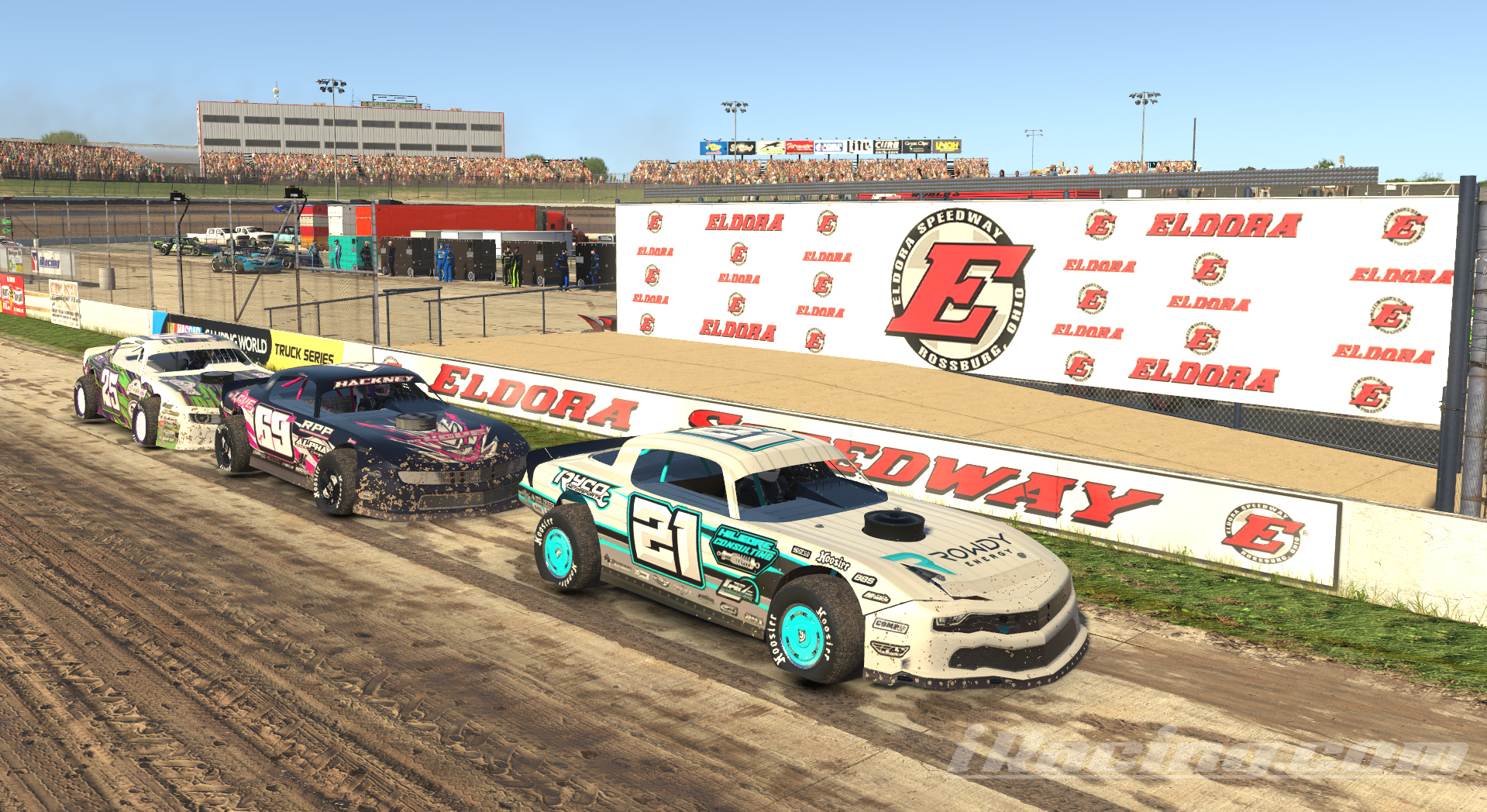