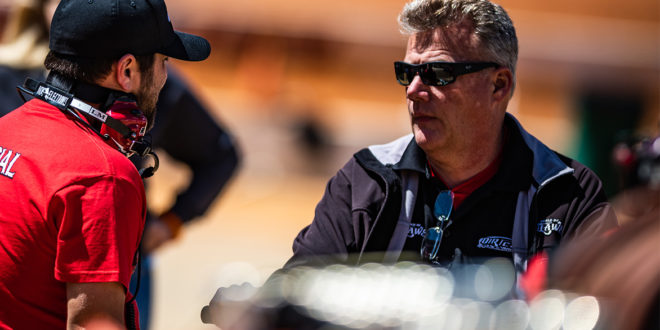 Fireworks fired into the sky along the backstretch at Bristol Motor Speedway, in sync with the race cars passing by. Banners hung around the colosseum-like facility like art in a house. Merchandise trailers lined in an orderly fashion by the entrance of fans efficiently being entered into the track.

What they didn’t see were the days… no weeks… no months of planning and stress carried on the shoulders of many behind the scenes. And that’s not just for the historic Bristol events. That’s for every event under the World of Outlaws and DIRTcar banner.

The birth of an event starts much further in advance than many may imagine. For Bristol, it started in July of last year, according to World of Outlaws and DIRTcar CEO Brian Carter. “It was all conceptual,” Carter said about the idea of returning to Bristol. “They didn’t know what the dirt would be or if it would even happen. It was a pretty significant timeline to make it happen. The key, for most of it, is to get where it balances itself into the schedule because pretty much every weekend is booked with our calendar. So, it has to fit inside the existing calendar. You’re trying to build it in conjunction with the rest of the schedule and the rest of the racing season. Between every weekend from February to November, we’re racing.”

While in the development phase, Carter presented the idea to Jeff Hachmann, the executive director of events for the World of Outlaws and DIRTcar, who then takes it and draws out the blueprints before the foundation is made.

Can the event be profitable? What are the expenses? What is the business relationship with the venue? What works for ticket prices? What are the storylines? How does it fit with sponsors? Will the facility work for the series in general?

Those are just a few of the early questions that need to be answered to bring it all together, according to Hachmann.

One of the key early questions to address is whether an event will be promoted by the track, by the Series or a joint venture between them. That’ll determine who is the lead on the rest of the important questions.

“The historical events are all their own events. The promoters have been in business way before I got involved,” Carter said. “We’ve spent an extraordinary amount of money marketing and building the World of Outlaws brand, even into the year COVID last year we doubled our marketing campaign to raise awareness for the branding. All that advertising and marketing is captured through the fans coming through the gates. We’ve been joint venturing and renting racetracks to really get a return on that.

“All of our new events and events established in the last decade have either been joint ventures or rentals with the racetrack. Candidly, with 200 big-event-style event nights with the Super DIRTcar Series and World of Outlaws, we can kind of mitigate the risk of losing an event to rain. We have a much higher tolerance for having a bad night, than a track itself, because we can mitigate it over 20 nights. If you lose one out of 20 in a month, it’s not that bad. We do joint ventures and rentals where we can.”

Bristol is a recent example of a joint venture between the series and the track. The teams from both organizations worked together to make sure every day of the event, and the marketing prior, was flawless. Meetings were held once a week from the beginning of the year up until the day before the event, while departments from both organizations were in constant contact. In those conversations, there was the fine-tuning of the smallest details like where merchandise trailers need to be parked, what’s the extent of the use of the media center, making sure there are different color wrist bands for different purposes and who will handle ticketing at the gate. In contrast, Super DIRT Week (Oct. 6-10) at Oswego Speedway, another big event for the company, is an example of a track rental. That puts every detail, down to the smallest cell, on the shoulders of the company.

With more than 900 camping spots on the property, steps need to be followed to ensure permits are in place with the health department. Due to a nuclear plant within five miles from the speedway, there needs to be approval from the Pentagon that there is a proper evacuation plan in place if there were to be an emergency situation.

“When you’re creating an area like that, and you have these mass gatherings, you have to be aware of everything,” Hachmann said. “We have to be aware of noxious weeds, believe it or not. We have to make sure we have sanitizers in all bags and if there’s a high mosquito count, we have to provide info on what to do if bit by one. And there’s working with the police and the fire.

“We have to worry about people crossing streets and the neighborhoods around the facility and make sure the flow of the traffic doesn’t hinder the neighbors. We have to make sure there’s access for them to go to the grocery store or go to Dunkin’ Donuts.”

“There’s a lot of trial by fire in our world,” Carter said. “The calendar is mostly set. Sprint Cars are quite a bit more established. For the Late Models, the calendar is a little more flexible. It’s also built around events we have less control over. But from a Sprint Car perspective, you’ve got your month of money, you’ve got your huge shows in the summer, we know when we’re starting the season and where we’re ending the season. It all has to fit in, and not only that, you have to manage 20 different businesses going up and down the road with you.

“Bristol is a little bit unique because it provided a pretty large opportunity for us, as a sport for awareness, for the racers as merchandise sellers, a huge crowd, and a big paying purse. So, you can put that kind of an event in a place that may not make sense logistically because of the opportunity.”

The pandemic threw an unexpected curveball at the company last year, forcing the cancellation, re-creation and creation of events throughout the year. While challenging, the World of Outlaws and DIRTcar came out of it stronger.

It showed new methods that could be implemented, where the company can be more efficient and the strength of its team being able to salvage a successful season. That was put to use again this year when the Spring West Coast Swing had to be canceled and less than three weeks later an entirely new Spring schedule was released.

“We learned a lot during COVID,” Carter said. “We learned the fans are as flexible as we can be, relative to promoting a show. The shortest show we just pulled off was going back racing. In three weeks, we changed it from going to California to going back to Florida (in March). We learned a lot about what was necessary to put on a good show. We learned the value of having a direct relationship with the customer. We can communicate directly with emails, with our social following, with our website and through DIRTVision, we can communicate directly to the race fans. And the better the communication is, the more flexible we can be with the events. We can capitalize on the direct relationship with the customers, which was started a decade ago when we created our own ticketing system.” Once the I’s are dotted and the T’s are crossed, race day can commence. And the on-track portion of the event is “the easiest part,” according to Hachmann. That’s due to there being efficient formats established for every series, series directors making sure drivers and teams have all the necessary information and the race directors keeping control of the on-track action.

Everything off track – the display of banners, DIRTVision’s broadcast, fan engagement, ticketing and media relations – is handled by the coordinators of each element. For Hachmann, he just makes sure everyone has what they need to make each of those elements issue-free.

Most of that work will go unnoticed by fans, but that means everything went as planned. That’s a testament to the hours, days, weeks and months of work that goes into every event between the World of Outlaws Sprint Cars, World of Outlaws Late Models, Super DIRTcar Series and DIRTcar Racing – more than 200 of them in a year.

“How long does it take to put on an event?… It never stops,” Hachmann said. 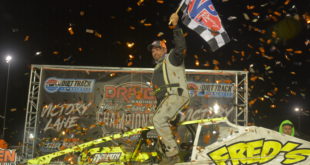 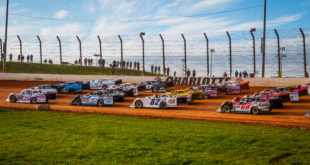 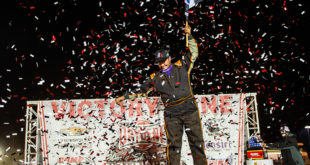