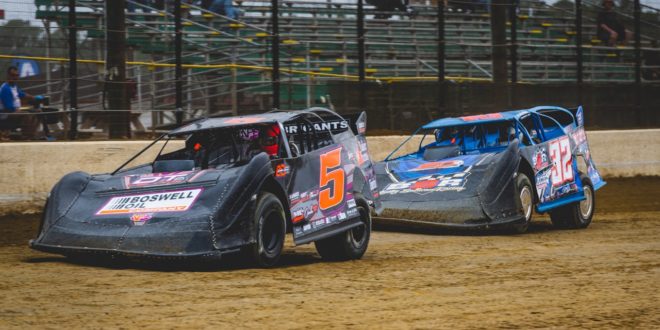 This January, the biggest dirt Late Model event in Florida is undergoing the biggest change since its inception with a new format for two divisions.

With rapidly growing car counts among the three popular divisions, all-new formats have been established for the DIRTcar Pro Late Models (in conjunction with the Crate Racin’ USA Late Model Series) and local 602 crate engine Late Model division to enhance the overall program. The World of Outlaws will run their normal program each night, highlighted by a $20,000-to-win Feature on Saturday.

The new format focuses on the accrual of points over a series of Qualifying Features on Thursday and Friday, lined up by Hot Lap/Qualifying times on each night. Those points totals will lock the top-20 drivers into the Championship Features on Saturday and take an additional number of drivers in from the Last Chance Showdowns.

The DIRTcar Pro Late Models will contest a 30-lap, $10,000-to-win Championship Feature on Saturday, while the 602 Late Models will battle 20 laps for $3,000-to-win. Each day’s procedures under the new format are detailed in the sections below.

Wednesday, Jan. 18
An evening of practice for all three divisions will take place from 6-9pm before racing gets underway Thursday night. This is an optional session and is not required of drivers to participate.

Thursday-Friday, Jan. 19-20
Every driver in the DIRTcar Pro Late Model and 602 Late Model divisions will draw at sign-in and be seeded into one of two Hot Lap/Qualifying groups in their respective division. Drivers will qualify against only the other drivers in their group, putting a maximum of eight cars on the track at a time for two timed laps.

After Hot Lap/Qualifying, both divisions will then contest their set Qualifying Features – 20 laps, $1,500-to-win each for Pro Late Models and 15 laps, $1,000-to-win, for 602 Late Models. Each driver will earn points according to their finish in the Qualifying Features, giving everyone a final points total after the completion of Friday’s events.

The top-20 drivers in the standings will be locked into Saturday’s Championship Feature, while everyone else will be staggered into a Last Chance Showdown event on Saturday.

Saturday, Jan. 21
A redraw will take place to set a portion of the Championship Feature lineups within the top-20 cars locked-in via points; the details of which will be explained at Saturday’s drivers meeting.

Last Chance Showdown events will take another determined number of cars into the Championship Feature, followed by the addition of provisional starters at officials’ discretion. Once the lineups are set, the Pro Late Models will run 30 laps for $10,000-to-win, while the 602 Late Models will contest 20 laps for a $3,000 grand prize.

Every driver who starts at Last Chance Showdown or Feature will earn points toward the overall standings on Saturday, awarding the driver with the most points after the Championship Features with a special trophy as DIRTcar Sunshine Nationals champion of their respective division.

Tickets for the fourth annual DIRTcar Sunshine Nationals are on sale now at WorldofOutlaws.com. If you can’t be at the track, catch all the action live on DIRTVision with a FAST PASS subscription.