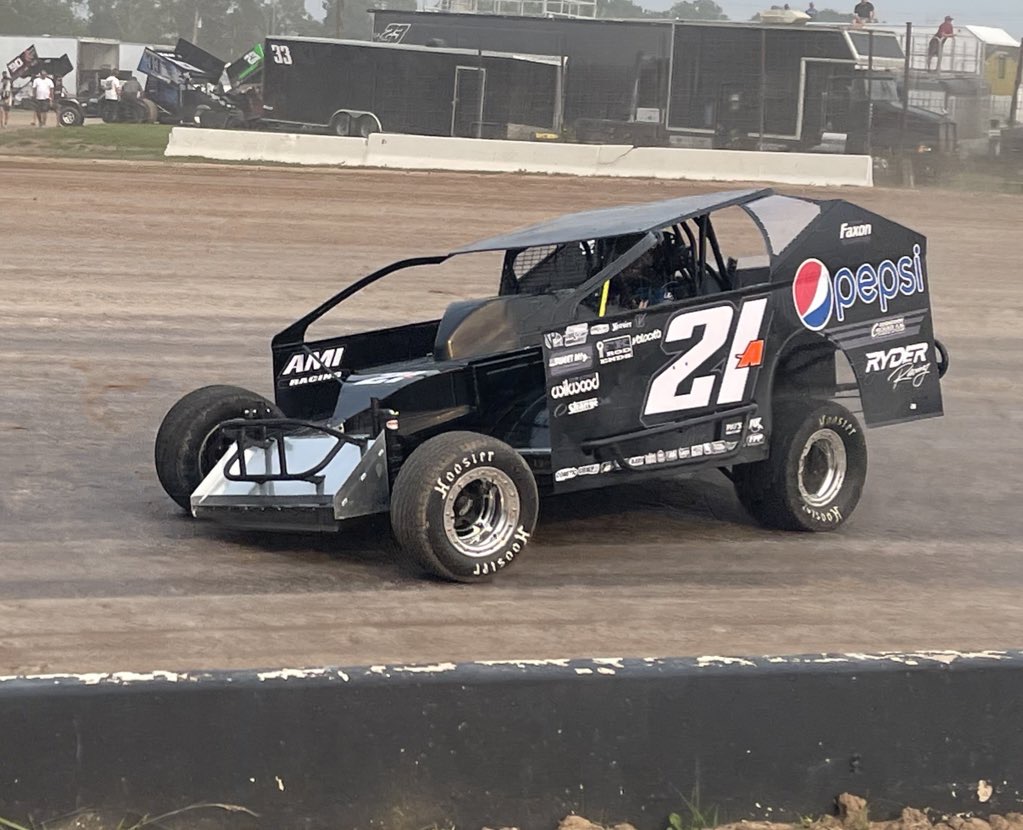 Rain Forces Postponement of Liberty 100 at Land of Legends Raceway

CANANDAIGUA, NY – A heavy rainstorm targeted Land of Legends Raceway Tuesday night in the midst of the Liberty 100, forcing Super DIRTcar Series and track officials to postpone the Last Chance Showdowns and Feature, which will be added to one of the two future tour stops later this season at Land of Legends Raceway.

Peter Britten, from Queensland, Australia, was the Billy Whittaker Cars Fast-Time Award winner with a time of 20.309. He went on to win his Heat Race along with Billy Decker, Matt Sheppard, and Erick Rudolph.

Tim Fuller pulled the pole position in the top-12 redraw. Positions 1-20 are set, leaving two Last Chance Showdowns will be made up along with the Feature.