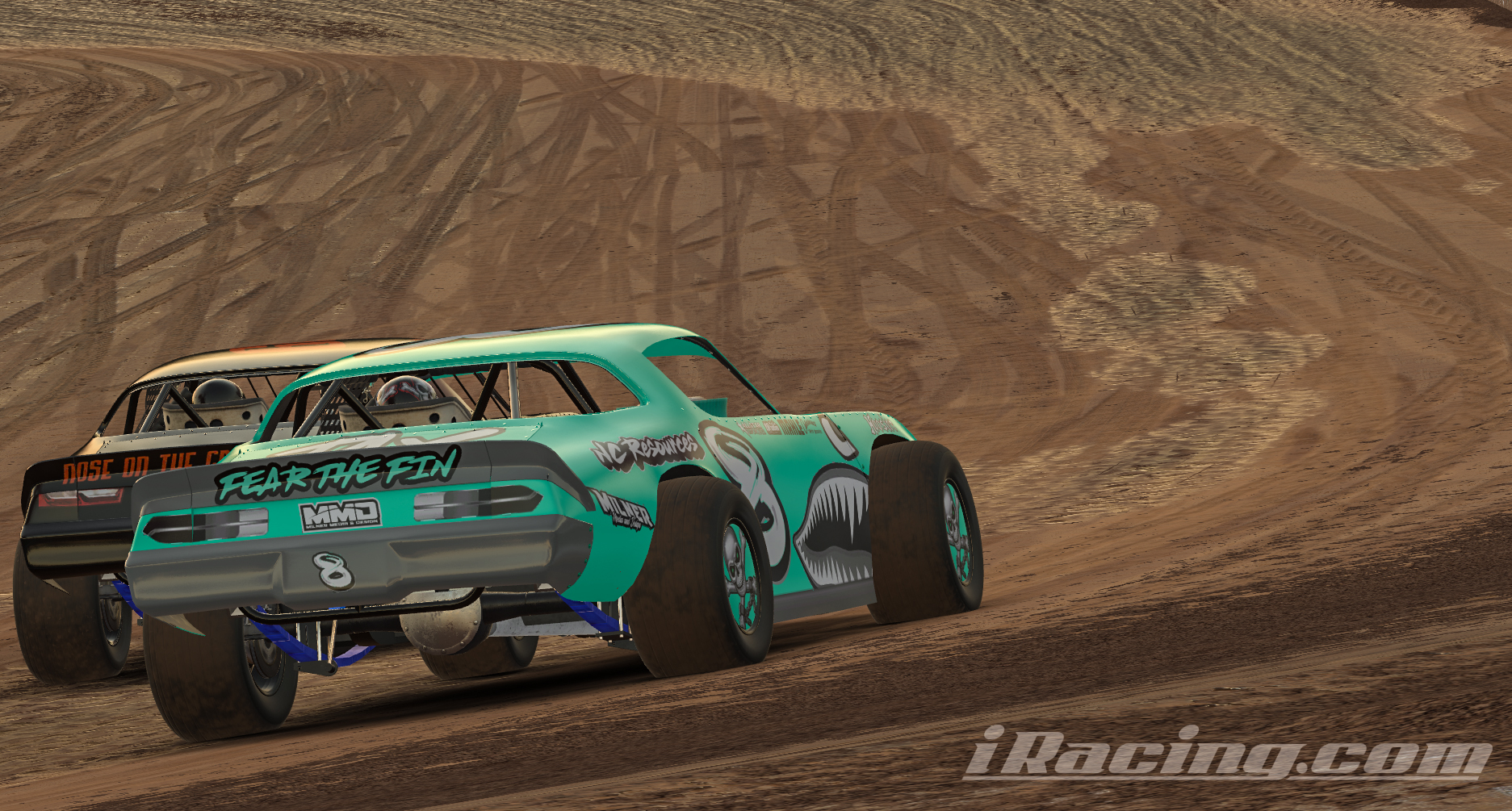 With his third Feature win in eight weeks of competition Wednesday night at Lanier National Speedway, Jackson remained the only driver on the circuit to win multiple Feature events.

But what was his secret to success at Lanier?

“I finally put a Qualifying effort together, and that makes a huge difference in these Street Stocks,” Jackson told announcer Rick Eshelman in the DIRTVision post-race interview. “They’re just so slow and heavy; if you bury yourself in Qualifying, it’s really hard to pass.”

Another strong driver who competed mostly in the latter half of the League schedule was Paul Visage, who collected his third top-10 of the season Wednesday night after chasing Jackson down for the better part of the race.

“I got down there and hung the left sides in the moisture there, but you couldn’t really pass. You could get a good enough run to get up beside [Jackson], but not get by cleanly, so it was a lot of throttle control to really get around that place,” Visage said.

While they had several entries over the course of the eight-race schedule, the Tyler Bachman Enterprises (TBE) team, headquartered in scenic Morgantown, WV, was unable to muster a top-10 finish through the first seven events of the season.

That all changed Wednesday night with newcomers Brayden McMahan and Mitch Erickson posting seventh and tenth-place finishes, respectively. The team’s biggest night of the season came with all the firepower the 25-car field could handle, as a grand total of six TBE cars made the Feature, much to the delight of team executives who are currently working on their plans for competition in Season 3.