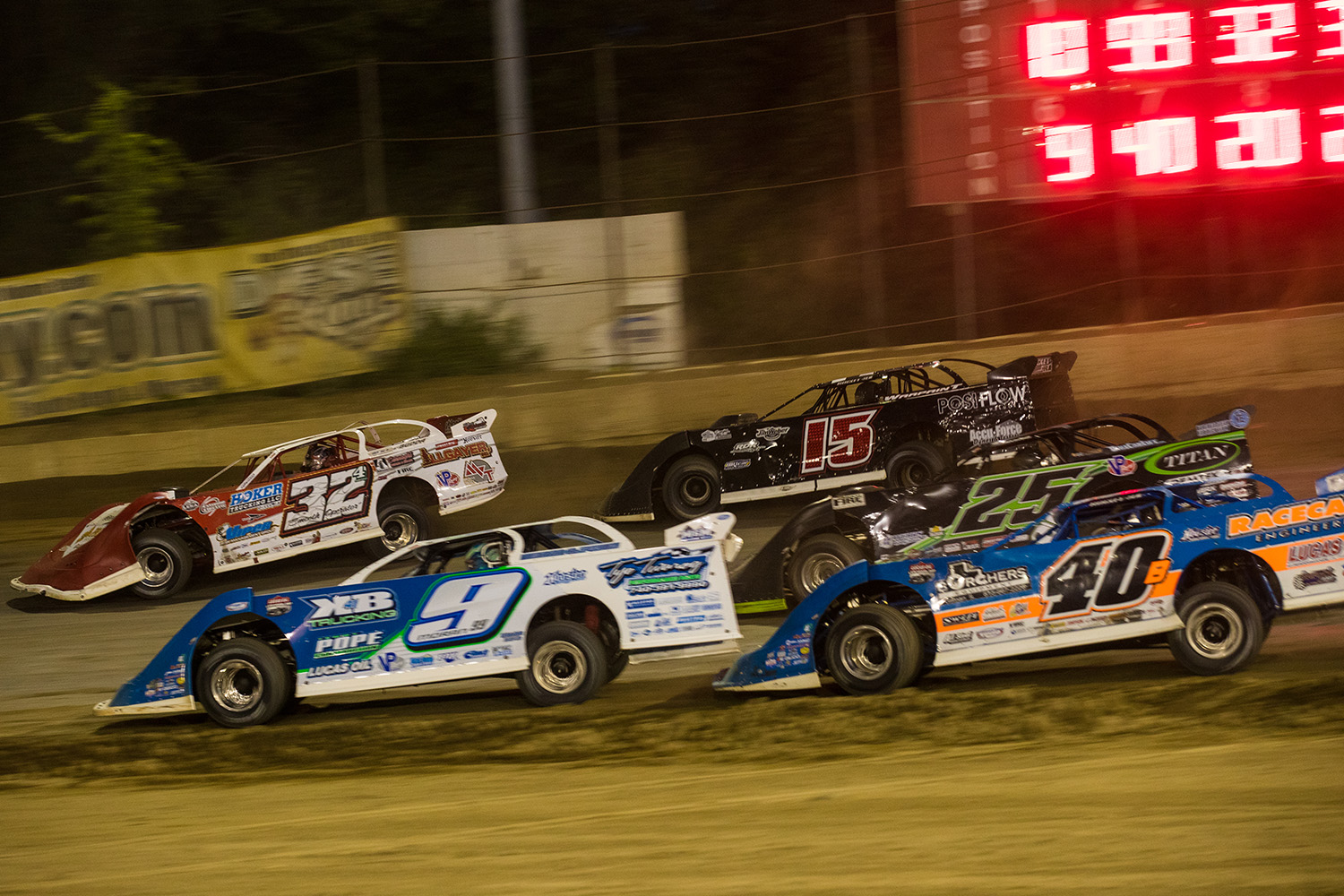 In just over three weeks’ time, the summer’s hottest ticket in Dirt Late Model and Modified racing will kick off its 36th consecutive season with an all-new schedule and championship format.

The DIRTcar Summer Nationals and Summit Racing Equipment Modified Nationals spark their 2021 campaigns for the eighth time in tour history at Indiana’s Brownstown Speedway on Tuesday, June 15 – the first in the revolutionized 36/35-race schedules.

Since the new format changes were announced one month ago, drivers on both sides have had time to take in the new stipulations and decide how they’re going to tackle the new schedule. Four-time and defending Summer Nationals champion Brian Shirley is taking the same approach he’s had for the past several seasons – one race at a time.

“We just want to be able to go to as many races as we can and do as good as we can,” Shirley said.

Traditionally, Hell Tour championship chasers competed in every event in the one-month stretch under its previous format. 2021 marks the first time in tour history that drivers will have the opportunity to drop some of their bad finishes or sit some out, provided at least 32 of the 36 scheduled races happen. If all 36 are contested, title contenders could take a maximum of five races off and still count their 31 starts toward overall points.

In that 36-race scenario, $36,000 would be awarded to the champion. While he knows that many races will make the most grueling schedule in the country even more challenging, Shirley is glad to see the increase in payout as well.

“For 36 races, you obviously need to make the payout better,” Shirley said. “Thirty-six races is a lot, but to get started, I guess it’s gonna be good that you can win more money.”

Having these additional bonuses spread out over 35 races sits well with tour regular Mike McKinney, who’s getting set to chase his first Summit Modified championship again this year.

“I like how the schedule’s kinda spread out and we get some time off. It’s more of a full-blown series throughout the summer instead of just a 30-day sprint,” McKinney said.

More money to win is always an attraction to new drivers looking to follow the tour. One of whom is chasing his first DIRTcar Late Model national points title this year – Tanner English.

When asked about the possibility of hitting every race on the Summer Nationals calendar this year, English replied, “That’s the plan. If maybe we need to take one night off to try and get back to 100 percent, that might help us out and make it a little bit easier to get everything back together, hit it hard again and be consistent.”

The young Kentuckian is looking to maximize the number of opportunities he can compete in DIRTcar events this year, and what better way to do that than to try and win a Summer Nationals championship as well.

“I’ve done it with my dad a few times, so I know it’s possible, but it’s tough,” English said. “You’ve gotta have all your ducks in a row, have about three cars and three motors. We’re a little shy of that, but I think we’ll be alright. We can handle this kind of workload.”

Four different tracks will host the Summer Nationals Late Models and Summit Modifieds for the first time this year, including two tracks that English knows quite well – Lake Cumberland Speedway and Richmond Raceway (KY). Throw in another favorite at Clarksville Speedway (TN), and English will feel right at home.

“I really like those tracks; they’re home state. I really like going and seeing my fans that have been there and supported me. They’re tracks that nobody’s been to, but I have. I just might have a little bit of an advantage there,” English said.

The wide variety of tracks on this year’s schedule, which travels through nine different states, is appealing to many of the tour’s veteran drivers, including the 2010 champion Jason Feger. His MB Customs #25 won the finale at Merritt Speedway in Michigan last year, capping off a third-place finish for him in the final points standings.

“One of the things that I always look forward too on Summer Nationals is getting to go to some tracks that I don’t [normally] get to go to,” Feger said. “I enjoyed the Michigan swing. I know the tracks are kinda different up there. Usually, they’re pretty slick and I tend to do pretty good up there.”

Like several drivers and fans, Feger is used to the more traditional one-month schedule, but knows the benefits of bringing the high-quality racing program to different tracks and drivers over a three-month stretch.

See these drivers and more in action at the start of the most action-packed Late Model/Modified tour of the summer – June 15 at Brownstown Speedway. Watch every Summer Nationals and Summit Modified race live this year on DIRTVision presented by Drydene with a FAST PASS subscription. 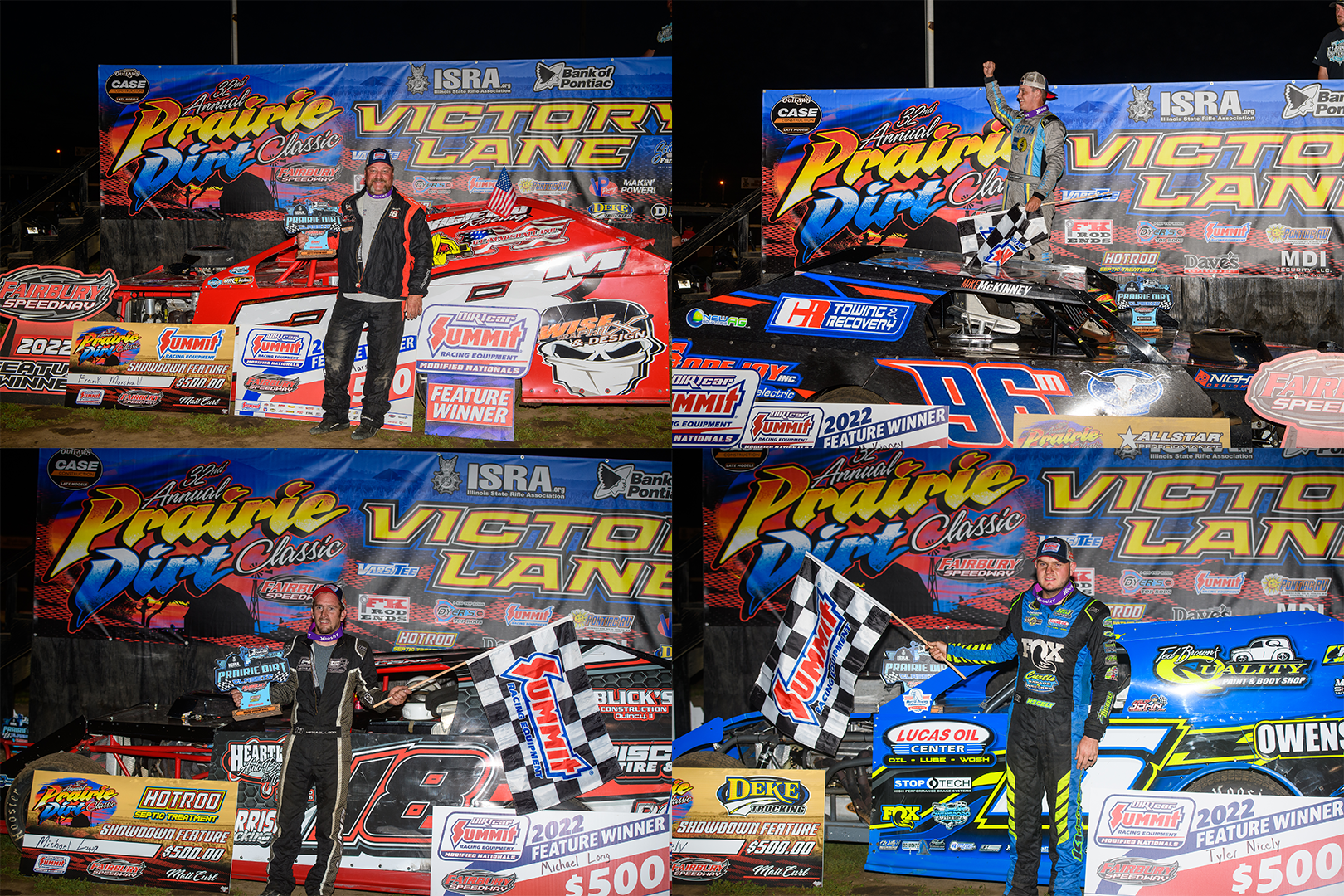 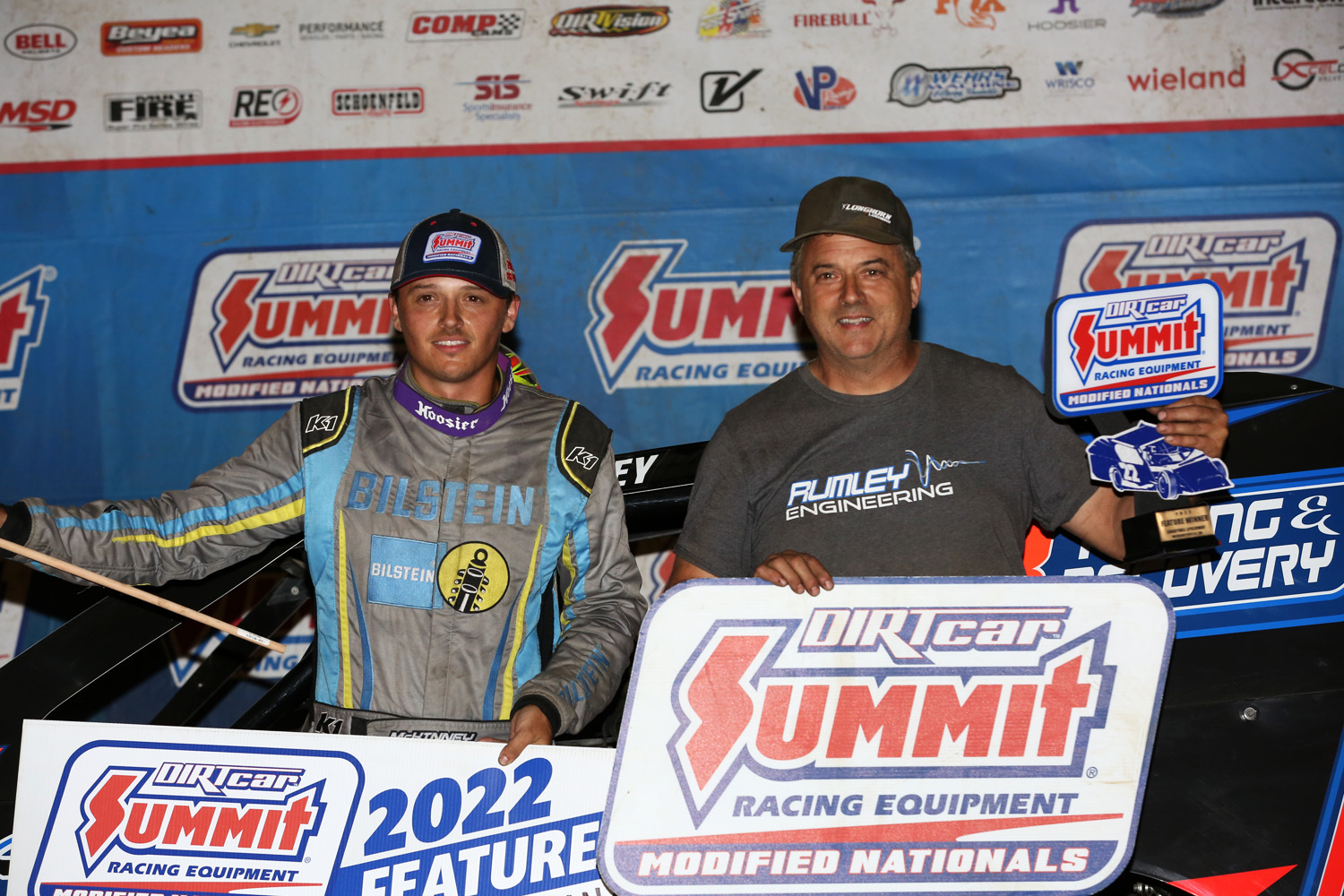 WORKED FOR IT: McKinney Beats Hoffman in Epic Duel at Shadyhill