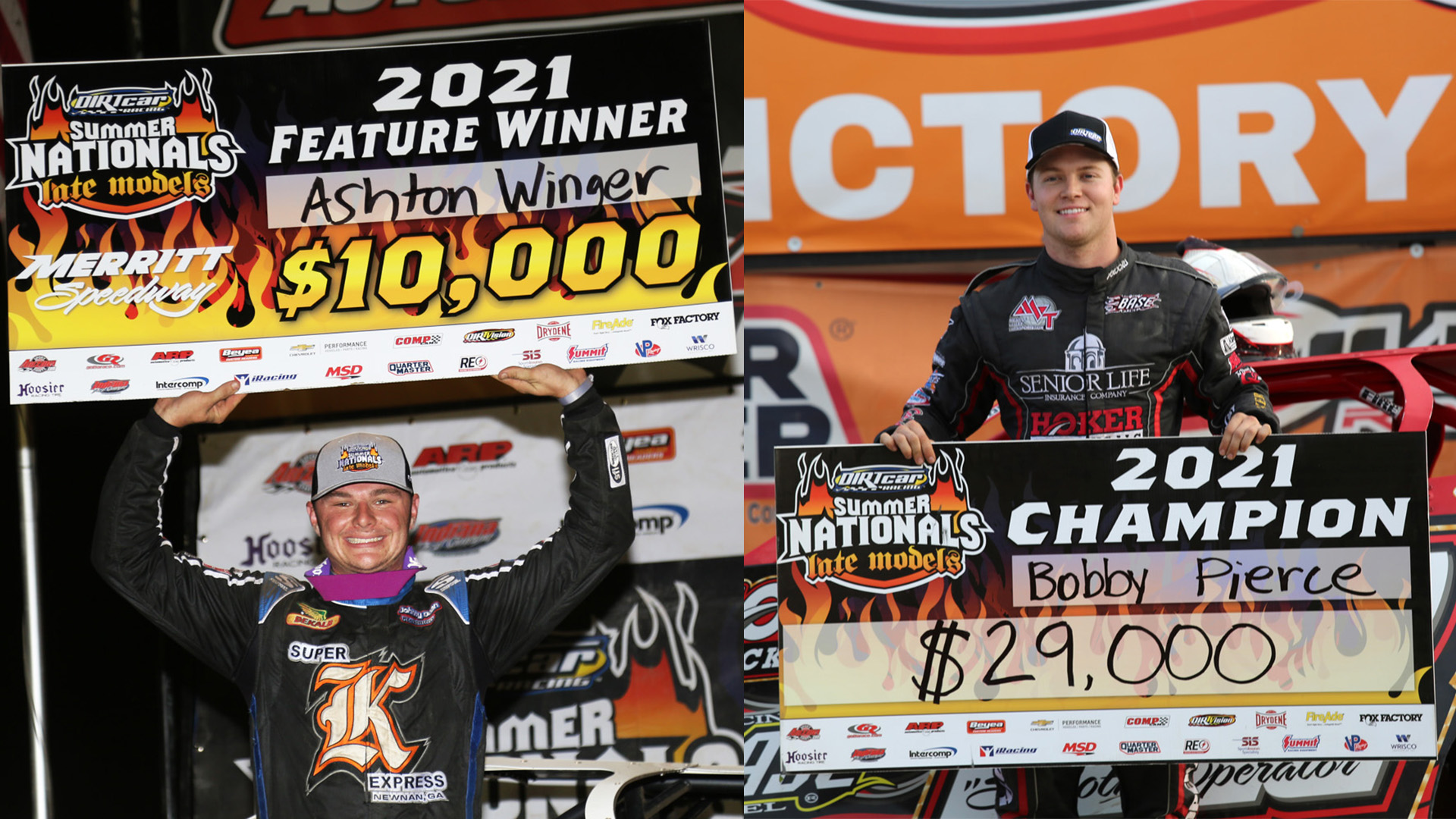 Two of the sport’s most talented, youthful drivers went through evolutions of their own over the course of the 29-race journey that spanned 28 tracks in nine states over two calendar months. All of it came to the forefront Saturday night in the season finale at Merritt Speedway.

Bobby Pierce – the 24-year-old, newly crowned four-time Summer Nationals champion from Oakwood, IL – tasted evolution over time, seeing his already-decorated career cross into rare air with a fourth championship title, tying him for second-most in tour history with Brian Shirley and Shannon Babb. He also set a new personal best in single-season wins with 13 in 28 starts, or a win percentage of just over 46.

“It’s been a while since I’ve won one of these, so to be back on top feels really nice,” Pierce said.

Ashton Winger – the 21-year-old rising Super Late Model star from Hampton, GA – kicked off his campaign going through equipment, struggling to earn high-up finishes consistently. Fast forward to the end of August, and he put his Rocket Chassis #12 in the top-five in each of the last 12 races. Airforce also put a cap on his season with a sixth Feature win Saturday night, collecting the Champions Week points title for an extra $2,000 and passing Tanner English in overall points to secure the runner-up rank.

“First two weeks of this deal, I did nothing but crash,” Winger said. “We got the ball rolling a little bit there with a couple podiums, and I felt like we let a couple get away before we ended up winning our first one.

“It’s been a really trying year. We had a really, really rough go at the beginning of the year. I’m really thankful that everything’s ended up the way it has. Hopefully, this is not our peak, and we’ve yet to reach that.”

Winger began his night at Merritt on the right foot, winning Heat Race #3 and redrawing the pole for the Feature. Outside polesitter Travis Stemler, of Ionia, MI, got the jump on the outside groove and took the early lead, forcing Winger to find a way around him.

“When Travis got me on the start there, I was beating myself up pretty bad for just not getting a better launch,” Winger said.

While Winger chased down Stemler, consistently running the preferred bottom groove, Devin Moran found something on the middle-top side behind Winger and soon closed the gap to the #12. Winger immediately took notice, moved up to counter Moran’s run and wound-up finding more speed than he thought there would be.

“I didn’t realize that top side would be as good as it was,” Winger said. “Hats off to the track crew – they made this thing as racey as it was.”

Winger quickly reeled-in Stemler and made the pass for the lead as he crossed the stripe to complete Lap 17. Despite facing several waves of lapped traffic over the final 23 laps, Winger was able to maneuver through and maintain his gap to Moran, cruising across the line to collect the final $10,000 check of the season.

Further back in the field was Pierce, who struggled to find the speed he needed to be a factor in the final Feature of the season. He wrapped up his 2021 Hell Tour campaign with a 12th-place result, but left with the biggest check of all, worth $29,000.

“I’ve got to give a huge thanks to my dad, Bob Pierce Race Cars, all my crew guys that stuck it out with me this year. All my sponsors… it just takes a huge team effort. My mom, my girlfriend selling t-shirts, anyone that’s helped out there. Day-in and day-out in this heat, it’s a struggle, but when you’re running good, it’s a lot of fun,” Pierce said.

The big checks on the wall of the garage look even better to those that helped win them, grinding it out on the trail of the Midwest’s most popular summertime Dirt Late Model series – the Hell Tour. Pierce has plenty of them, and he’s not even close to done with the 2021 racing season yet.

“I think this is my 78th race this year,” Pierce said. “Everyone says the Summer Nationals is the ‘Hell Tour’ for a reason… well, we’ve been gone even more days than that. We don’t really get many days off.”

And now what started 68 days ago is all said and done. The entire DIRTcar Racing family would like to thank each of the drivers, crews, sponsors, and fans that came out to support the Summer Nationals in its 36th consecutive year. Here’s to an even better 2022! 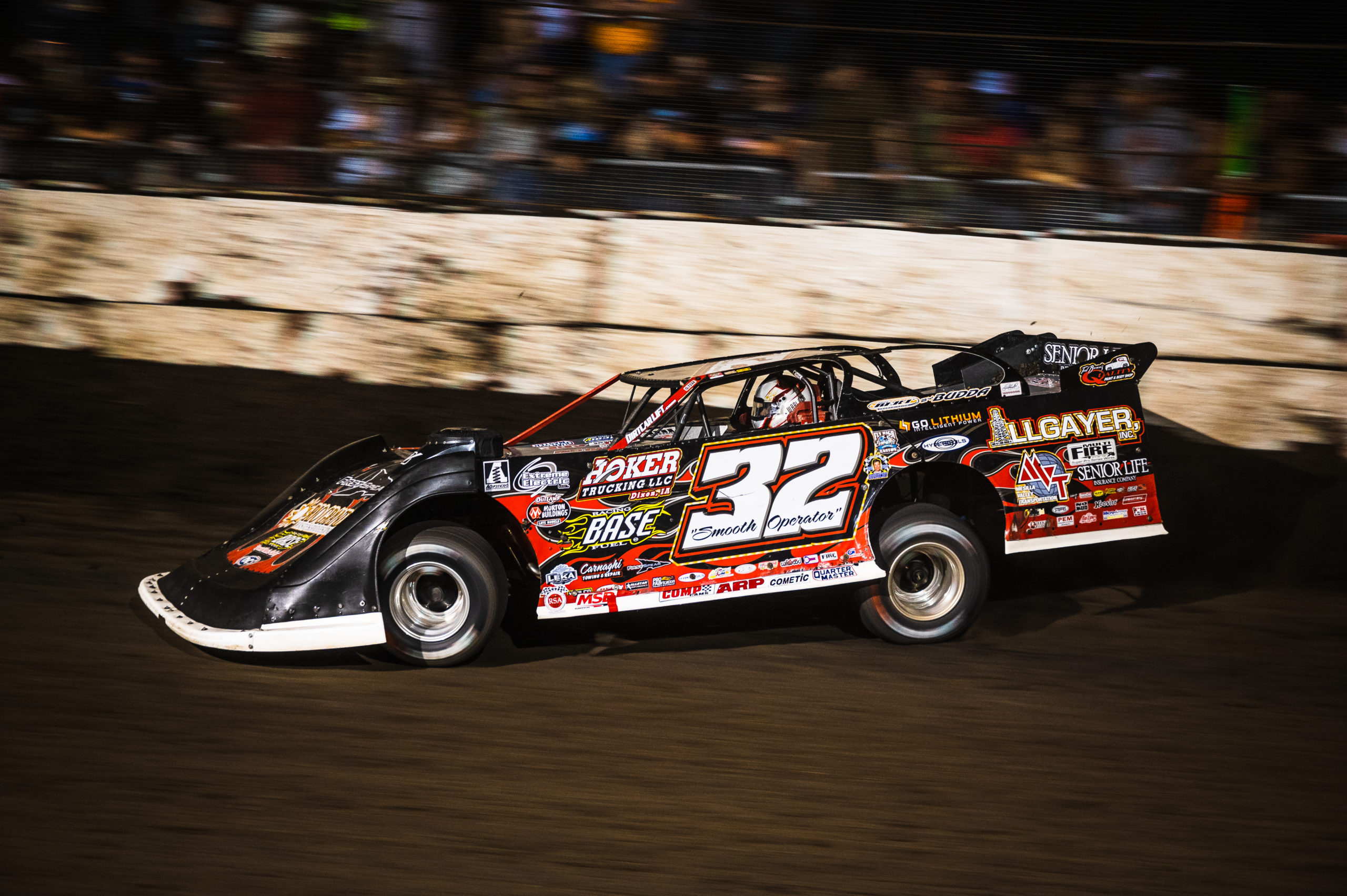 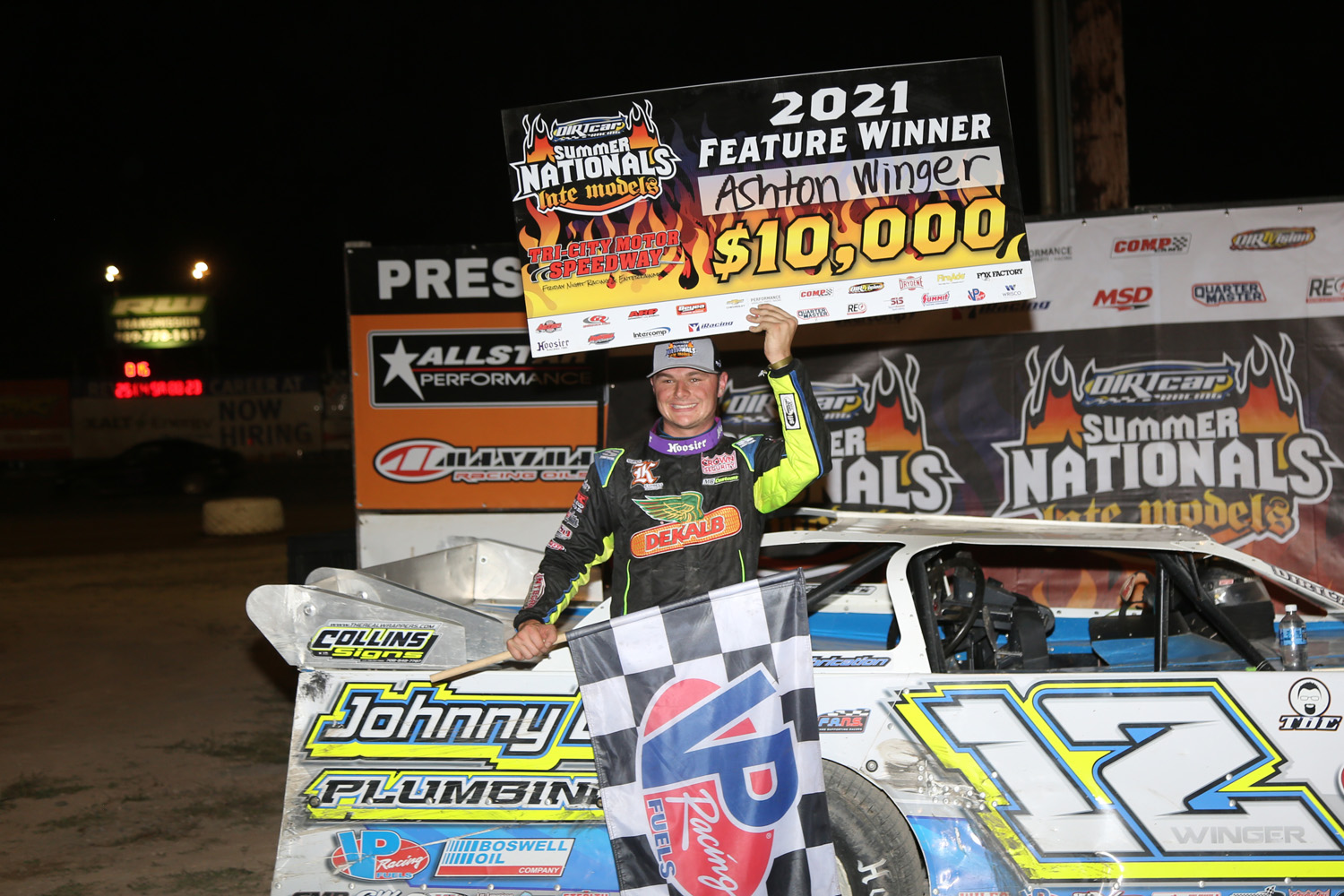