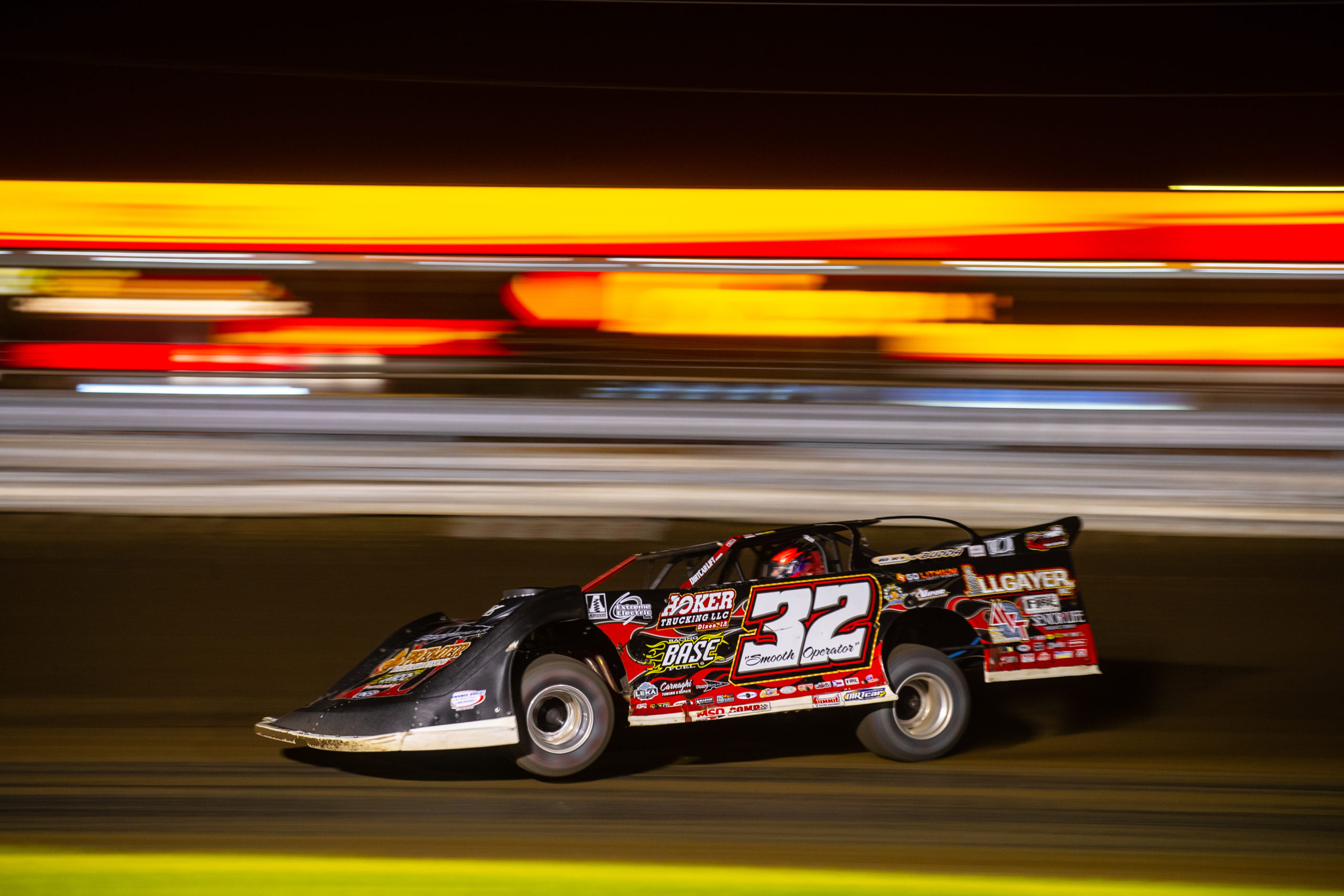 The final week of the 2021 DIRTcar Summer Nationals and Summit Racing Equipment Modified Nationals campaigns is here. It’s time to crown the champions.

Championship Week, the seventh and final full week of competition, features four races in four nights at four tracks in the state of Michigan. Each of them are 3/8-mile ovals and are host to some of the best dirt track racing the region has to offer.

If all four races are contested this week, the Late Model champion will pocket $29,000 for their efforts over the 29-race schedule. This would also tie the record for the most events completed in a single season, set in 2010 and tied in 2014. The Summit Modified champion will collect the traditional $5,000 check.

If you can’t make it to the track, watch every lap live on DIRTVision presented by Drydene.

HOME STRETCH – With 12 wins in 25 races, Bobby Pierce carries a 218-point lead heading into the final four races, aiming for his fourth career championship. If he can maintain the points lead, he’ll tie Brian Shirley and Shannon Babb for second-most titles in tour history.

He’s been dominant thus far, finishing in the top-five in all but two of his 24 starts. Having never won a Summer Nationals Feature in the state of Michigan, this will be his best chance to get a win in a new state. But to do it, he’ll have to take down some of the best DIRTcar Late Models in the region.

SOUTHERN STANDOFF – With Pierce steadily pulling away at the top of the standings, the points chase now shifts to the battle going on for second between Southeast young guns Tanner English and Ashton Winger.

English, of Benton, KY, is currently second in the standings with 1527 points. Winger, of Hampton, GA, trails by just 50 points. A big catalyst to English’s position in points this season has been his consistency, with 17 top-five finishes over the 25 completed races thus far.

Despite having four wins to English’s one, Winger was not as consistent in the beginning of the season as he has been in the second half. He’s racked up 12 top-five finishes – eight of those coming over the previous eight races. If he can keep the streak going this week and scoop up at least one more trip to Victory Lane, Winger will have a decent shot at claiming an extra $3,480 in points fund earnings (provided all four remaining events are completed).

MAILMAN DELIVERS – Devin Moran, of Dresden, OH, will cash-in on this week’s opportunity to finish out the Summer Nationals campaign after being away since Week #1.

The 2017 World of Outlaws Morton Buildings Late Model Series Rookie of the Year recently announced his plans to race each of the final four races on social media. He’ll kick things off at Butler, looking for his third career victory and second of the season after getting the win at Kankakee County Speedway on June 17.

EASTERN STORM – The weekly racing warriors of the DIRTcar Late Model East Region will be out in full force this weekend as the Hell Tour regulars invade their homeland. While Butler does not often host Late Models, I-96, Tri-City and Merritt see them far more frequently and keep track points tallies. Garrett Wiles, of Hubbardston, MI, leads at I-96; Eric Spangler, of Lake City, MI, leads at Tri-City, and Brandon Thirlby, of Buckley, MI leads at Merritt.

Most of the top-10 in DIRTcar East Region points will join the Late Model field at some point this weekend, several of which already made appearances this year with the tour. Spangler sits atop the region standings with four wins at Tri-City and another at Merritt, while Thirlby trails by just 37 points, carrying three victories at Merritt. Top-10 drivers such as Cody Bauer, Rich Neiser and Chad Finley are also expected to be in attendance, as well as Dona Marcoullier, who scored his first career Summer Nationals victory in a thriller last year at Tri-City.

GREAT LAKES GREATS – A strong UMP Modified Michigan Region crowd is also expected to join the field this week, featuring drivers with several wins already at the remaining tracks on the schedule.

Butler has hosted several UMP Modified races already this season – eight of which have been won by two drivers. Corey Bevard and Tim Wilber have each bagged four wins, leading the track points standings by a big gap over the rest of the top-five.