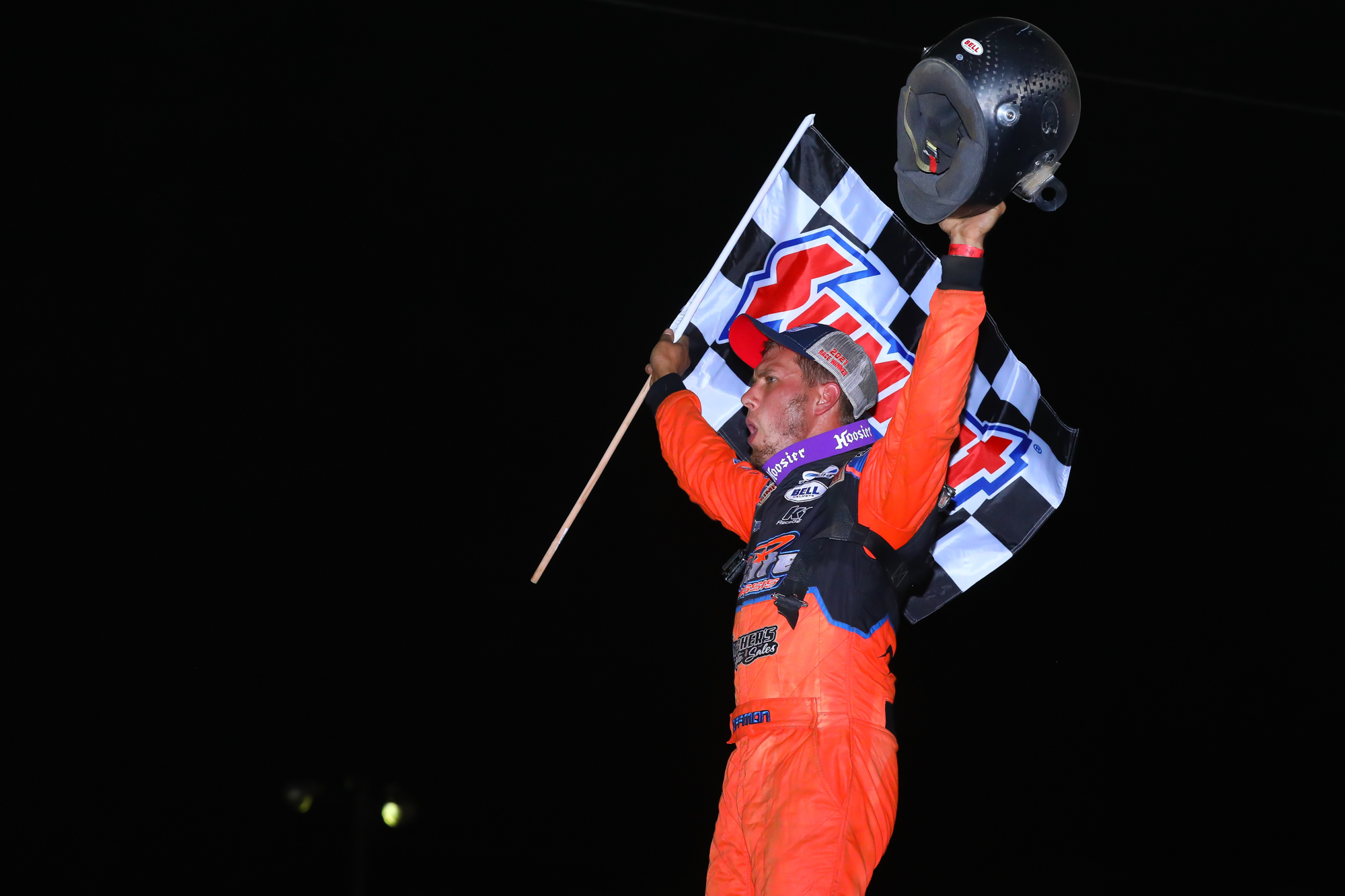 At just 29 years of age, the Mooresville, NC-driver has had a season for the record books already and added to it again on Sunday night, winning the tour’s first-ever visit to Richmond Raceway.

He and the Elite Chassis team have been the guys to beat all season long and showed exactly why on Sunday with a dominating flag-to-flag victory in the 25-lap event. For their efforts, Hoffman has now taken sole possession of #1 on the all-time Feature wins list from six-time champion Mike Harrison – a goal he’d been working on, among others, since the start of the tour in June.

“It’s really cool,” Hoffman said in Victory Lane. “Really didn’t start on this whole Hell Tour deal until like 2015, so to pick up that many wins that quick is pretty cool for us.”

On the track, Hoffman was untouchable. Original start, restart – it just didn’t matter. His Elite Chassis #2 jetted out at the drop of the green and took off, leaving his opponents in the dust. At one point, Hoffman’s lead stretched to almost 7 seconds in traffic.

His only concern came upon reaching the rear of the field and dealing with the slower traffic. Several cautions had been thrown throughout for drivers spinning at the bottom of the turns, which Hoffman did his best to try and avoid.

“I could maneuver pretty decent. The biggest thing was I just wanted to pass those guys around the outside – just in case they did spin out, they would go to the bottom,” Hoffman said.

The Summit Modifieds help cap off Week #6 with the final race on Monday night, July 26, in the tour’s debut at Lake Cumberland Speedway. Catch all the action live on DIRTVision presented by Drydene. 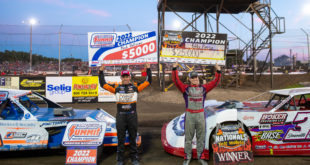