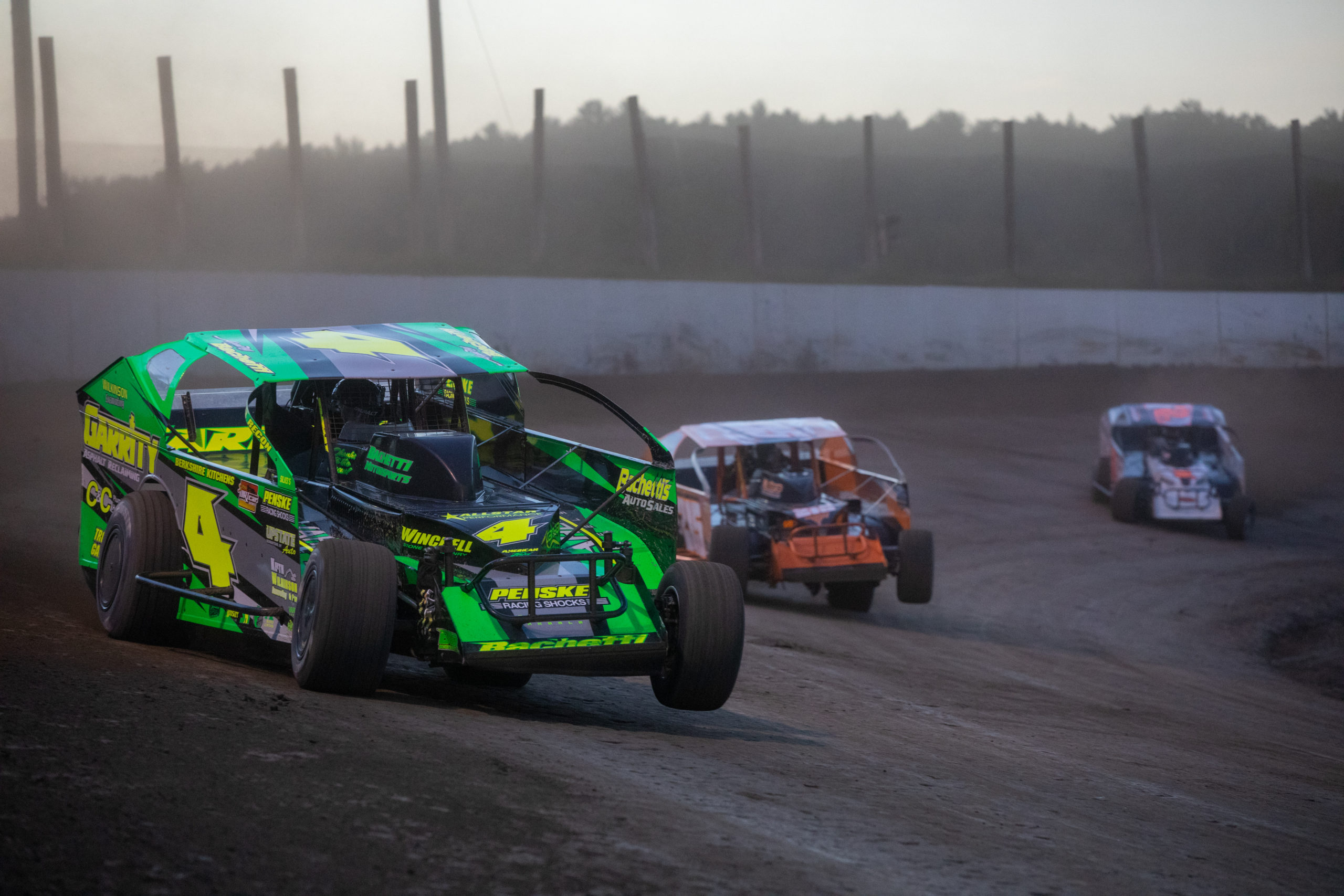 WEST LEBANON, NY – It all came down to the final lap and The Wild Child, Andy Bachetti, rose to the occasion.

Larry Wight, who had led laps and fought inside the top 3 all race, slowed on the backstretch with a mechanical problem bringing out the caution flag on lap 100.

Andy Bachetti, from Sheffield, MA, was able to hold off Matt Sheppard and Stewart Friesen to be the first across the finish line under the waving checkered flags. At the same time, Sheppard made the pass for second place on the final lap over Friesen and took home $6,000.

He was extremely thankful for his hard-working crew and the clutch calls they made on the setup going into the Feature.

“We were good all night,” Bachetti said about his #4 Big Block. “My team made the right calls tonight. We went with the right tire combination and the Garrity Asphalt Reclaiming machine was awesome.”

It’s not all in the setup though. Lebanon Valley Speedway can use a racecar up very quickly without the proper care behind the wheel.

“You have to keep the car square and straight,” said Bachetti. “You gotta keep the tires on. You gotta have a good enough car to get there. We had a lot of brake fade and a lot of issues. When I got here, we had a brake issue so was pumping the brakes a lot. Would get tight and push too but overall, it was a super way to end the year.”

Mike Mahaney, in the #35, brought the field to the green flag and raced to the lead in the first corner. Unfortunately, a brake failure caused Mahaney to overshoot the next corner and hit the wall. The car rolled down the track in front of the field and luckily no other drivers made contact with his prone racecar.

The race restarted on lap 7 with Larry Wight and Adam Pierson now on the front row. The #99L jumped to the lead and the #4 of Andy Bachetti followed by and into second place. Wight managed to hold off Bachetti until lap 20 when he finally got by.

Meanwhile, Sheppard and Friesen started on the fifth row in ninth and 10th, respectively. Friesen followed in Sheppard’s footsteps up through the field.

“I got up through the field pretty good,” said Sheppard. “I was working on Larry Wight. I was a little faster, but I couldn’t quite get by him. I lost the spot to Stewie and then we had another restart. Tyler Dippel crashed into me and we lost a few more spots. We were able to fight back to the front and got by Decker, Friesen, and others. I was just happy to get back to second.”

As laps clicked off towards halfway, Sheppard and Friesen got up to third and fourth. Only Larry Wight was in between Bachetti and Sheppard.

Sheppard was determined to get around Wight to try reeling in Bachetti who kept amassing sizeable leads over the dueling rivals.

The #9s was all over the #99L from lap 40 to lap 59 when Kenny Tremont Jr. brought out the caution flag with a flat left rear tire.

“I was working him high and low,” said Sheppard of his battle with Wight. “He was running a different line and it was working for him. It blocked the bottom and the top. I couldn’t get a great run on the top and or the bottom.”

On a lap 63 restart, Friesen got around Sheppard for third. Bachetti’s lead grew until lap 74 when Adam Pierson brought out the caution flag. When the field got back underway Friesen got up to third while Sheppard was shuffled back several positions after contacting Tyler Dippel. He who showed his displeasure with the #9s under caution.

On lap 81, Kenny Tremont Jr. brought the caution out again. The running order was Andy Bachetti in first place, Larry Wight second, and Stewart Friesen in third with 20 to go. Unfortunately, on the restart, Bachetti fired prior to the VP Racing Fuels starting point. The #4 was sent back a row and the restart was attempted again.

“We kind of got a raw deal getting put back a row on the restart,” said Bachetti. “When you are the leader you should be able to restart like that.”

Luckily for Bachetti, Drellos came up lame on lap 92, and on the ensuing restart, the #4 took the lead back from Friesen one last time.

There was stout competition for the overall hard charger award which goes to the driver who makes up the most positions from their starting spot. The 2021 Mr. DIRT Track USA Hard Charger was Peter Britten, a former force in Hoosier Racing Tire Weekly Championship action at Lebanon, who started 25th and drove his #21A Big Block to sixth.

Erick Rudolph, as usual, also passed a lot of cars and drove his #25R up 18 positions, and finished ninth. Local racer Kolby Schoeder did his hometrack fans proud picking up 15 spots to finish an impressive seventh against the best of the best.

Next weekend, the Series runs a doubleheader at the Cavalcade Cup Weekend at Weedsport Speedway, Saturday and Sunday (Sept. 11-12). Night one is capped by a 60-lap $7,500 Super DIRTcar Series Feature before the Series takes to the ⅜ mile historic dirt track for 100 laps and $10,000. Get your tickets here or catch all the action live on DIRTVision. 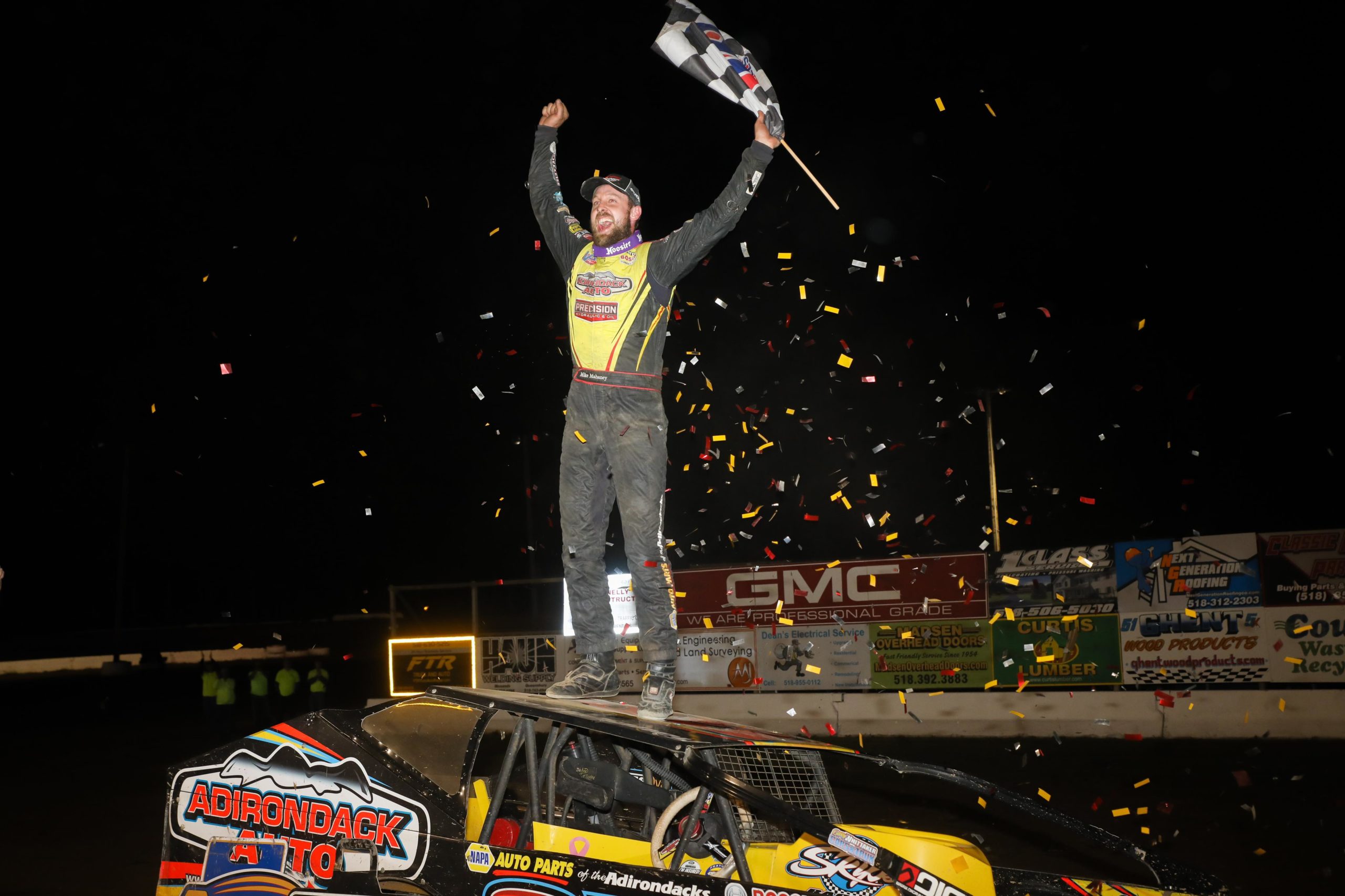 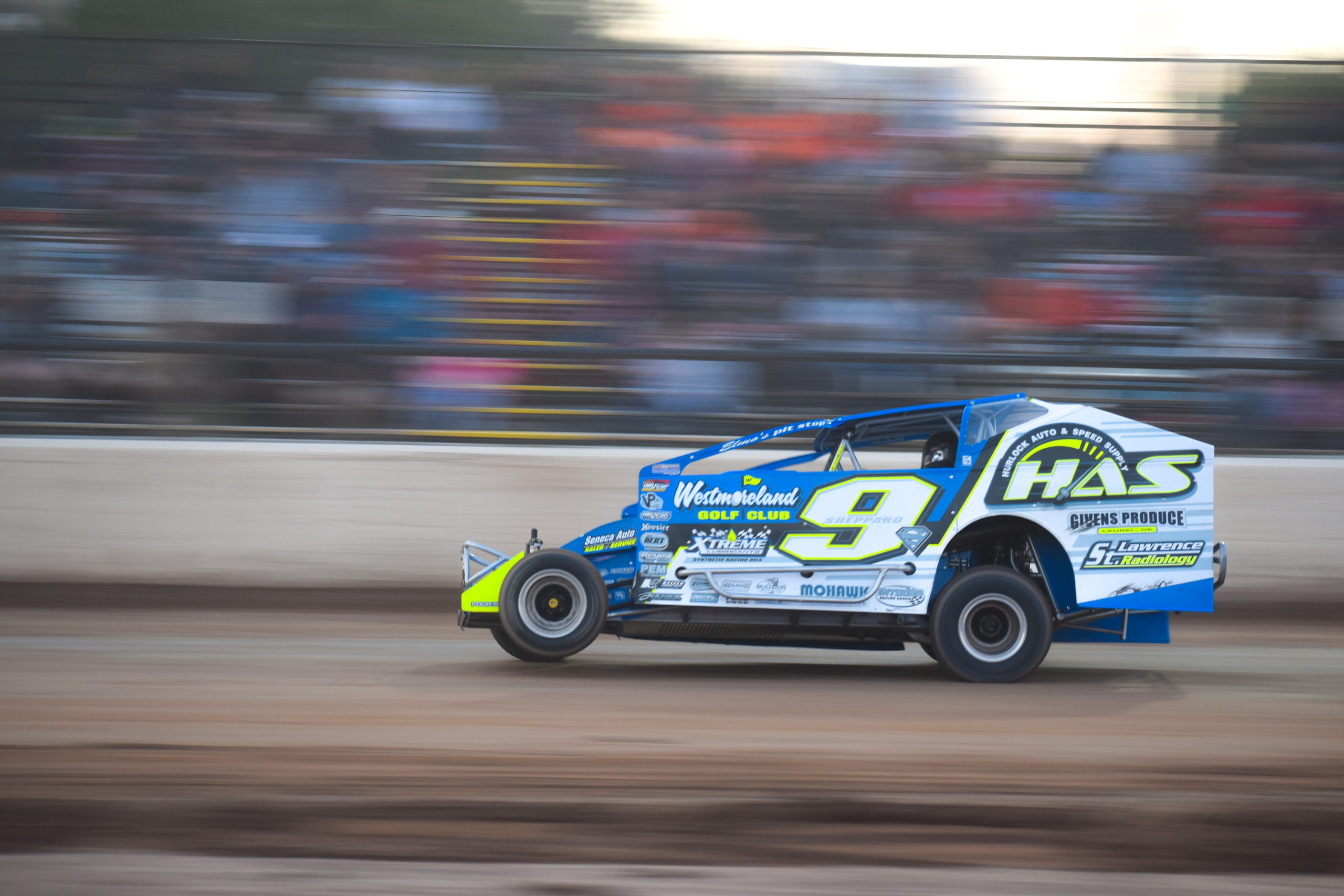