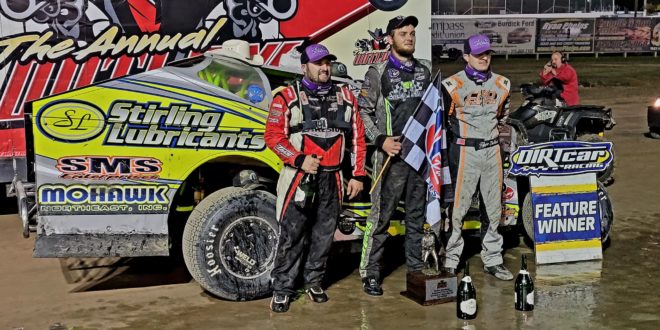 Zach Sobotka took home the checkers for the DIRTcar Sportsman Feature during the second night of The Outlaw 200 Weekend at Fulton Speedway.

Sobotka, of Parish, NY, held the lead for the entirety of the 50-lap race after starting on the outside of row one.  Runner-up Ryan Dolbear charged his way up five positions after starting in seventh. Dolbear took over the second position by Lap-12 and held it for the rest of the race. Third place finisher David Rogers battled valiantly to charge forward, running in third position for majority of the matchup, dropping briefly to fourth position for seven laps on Lap-37. He regained his third place position and rounded out the podium.

The next DIRTcar Sportsman Series matchup will be Tuesday, October 4 at Weedsport Speedway for the $2,500-to-win Sportsman Classic 75.