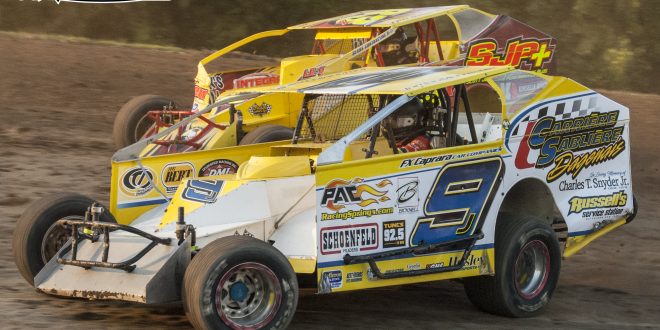 CONCORD, NC – July 30 – The DIRTcar 358 Modified North Region Series gets back to racing action in a big way with a double-header at Brockville Speedway and Mohawk International Speedway. The North Region has an exceptionally strong contingent of DIRTcar 358 Modifieds making life difficult for the tour regulars to invade. However, at Cornwall Speedway earlier in the year, Super Matt Sheppard started in the back of the field and used all 150 laps to inch his way to the front. Late in the race Sheppard passed another invader Mat Williamson for the victory. Surely the hometown heroes will look for revenge at this doubleheader. 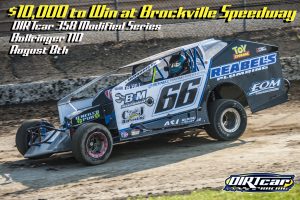 On Wednesday, August 8, Brockville Speedway drops the green flag on the $10,000 to win Bullringer 110. Matt Sheppard leads the North Region points, but if he is to retain that lead, the Super DIRTcar Series Champion will need to get past some serious local competition. The top five in Brockville DIRTcar 358 Modified points are Danny O’Brien, Kyle Dingwall, Ryan Arbuthnot, Luke Whitteker, and Jeremy LaSalle. O’Brien has dominated Brockville Speedway so far in 2018 with four wins in nine starts. Don’t be surprised to see him at the front of the field after 100-laps, going for the $10,000 paycheck. Also on the docket is a $2,000 Feature for DIRTcar Sportsman. 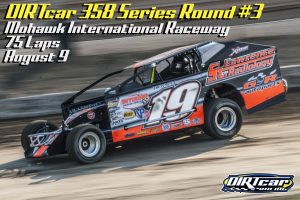 Then on Thursday, August 9 the DIRTcar 358 Modified Series takes the show to Mohawk International Speedway in New York for the third North Region clash of the season. Drivers will go for 75 laps around the northern New York speedway for $4,000 and all important North Region points. Mohawk’s weekly DIRTcar 358 Modified field is as stout as they come. Leading the points is Super DIRTcar Series regular Tim Fuller, who is battling hard-charging Chris Raabe. Fuller has 6 DIRTcar 358 Modified wins at Mohawk  this year so, he will undoubtedly be the one to beat on August 9. Joining the tour on the card are the Mod-Lites and the 5th Annual Pete Mitchell Sportsman Memorial Race.

DIRTcar 358 Modifieds, also known in the northeast United States as Small-Blocks, put on exceptional racing on dirt tracks across the northeast from Quebec to New York and Ontario. With several engine options available, like the affordable W-16, many DIRTcar Sportsman drivers see the 358 Modified as the next logical step for their racing career. Some of the best dirt track drivers in the world took their lumps behind the wheel of a Small-Block. Follow the excitement with @DIRTcarNE on Twitter for Series and DIRTcar Racing Track articles and updates.