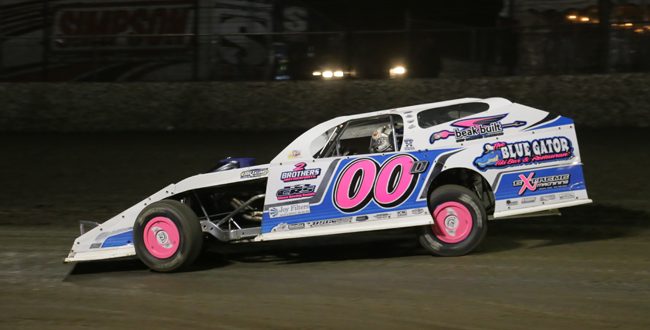 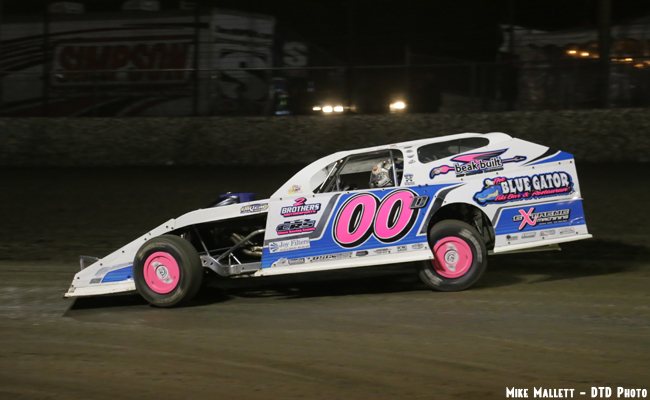 For more than six decades Emil “Buzzie” Reutimann has been behind the wheel of a race car. The Zephyrhills, Florida native is known in the racing community as a “racer’s racer” as he personifies what it means to be old school. He still works on his cars, he still loves to compete, and he still has his family with him — or at least close by in Gator Pond Pits while he’s parked infield at Volusia Speedway Park for DIRTcar Nationals.

Buzzie’s list of accomplishments are astounding. Winning the first-ever Super DIRTcar Series race at Orange County Fair Speedway in 1972, he finished the season with an incredible 33 wins at both Nazareth Speedway (NJ) and Orange County Fair Speedway for a total of 66 trips to Victory Lane. To top that off, in 1972 and ‘73 he won the Schaefer International 100, which later transformed into NAPA Auto Parts Super DIRT Week. And that’s just a two-year snapshot, folks.

Returning to Volusia Speedway Park for the 48th running of the DIRTcar Nationals, Buzzie doesn’t show any sign of hanging it up. In fact, he plans to run a full slate of races this year, while he also stays busy working on customers’ cars and running a business.

What do you think of the improvements here at Volusia Speedway Park?

Oh boy, this is great. They’ve really done a great job. I was over here a few weeks ago, and boy, the front stretch wall was a mess. It wasn’t finished yet, and the catch fence wasn’t up. I went back and told David on the phone, “I don’t know if they’re gonna have that place ready to race or not.” What a job they have done! And in a short while! They must have worked day and night to get it like it is. What I like about it is they’ve done a lot for the spectators too. New stands and the way they’ve got it fixed up. It’s really great.

What do you do to keep yourself physically and mentally sharp? Do you have an exercise routine?

Well, not exactly; I just work every day. Every morning I get up, and I’ve got my little business called Reutimann Racing. We work on other people’s cars and our own cars. It keeps me busy. We start every morning at 8:00am. Of course sometimes on our coffee break we might get to telling stories and sit there until 10:00, but then we go out and we’ve got a couple of customers’ cars we keep up and then we do the maintenance to ours and get ready for the weekend. When you have a race car you never run out of things to do.

Not as impressive as I think it should have been. When you go out there, you go out to win. We lost two features with a fuel pressure problem, which was a disappointment. But we usually try to get up to the front.

As you’ve watched dirt modifieds evolve over the years, what transformation do you see as having had the biggest impact?

Wow, I’ll tell you what. Being that I started with my flat head Ford, which was a Sears-Roebuck rebuilt motor, I have seen quite a change in the industry. I think the biggest change is what I call a store built car. Everyone can buy a car completely done now. When we started racing we all built our own stuff. You’d go to the junkyard and get a frame. So the store built cars and the parts that you can buy now. That’s got to be the biggest change there was.

Does that even the playing field, or does it make it more difficult?

Do you have any advice for young drivers that want to become professional race car drivers?

I’m one of the very lucky ones who grew up with racing. My dad raced, and it was just something that we did. My brother and I both raced. So it’s very hard for me to tell someone how they should get involved in racing. When I was in diapers I was involved in racing. Starting out you can’t start at the top and work your way down; you’ve got to start at the bottom and work your way up. I do recommend learning to drive on dirt. I think that gives you a more natural feel of a car if you start on dirt. I’ve tried helping guys out before, and it’s easier to make a dirt driver an asphalt driver than it is to have an asphalt driver become a dirt driver.

What are your plans for this year?

Not all the tracks have put out their schedules yet, but I imagine I’ll be running here at Volusia and over at Bubba Raceway Park and some of the specials at East Bay Raceway. Then I want to go down to Hendry County a couple times.

I got a request to come back up to Orange County Fair Speedway. They’ve got a special 20-lap race up there for the past champions. I might sneak up there and run that. David’s got a car lined up, so we want to go up there and have a little fun.

Meanwhile, Buzzie will continue his DIRTcar Nationals run through next Monday at Volusia Speedway Park. The World of Outlaws NOS Energy Drink Sprint Cars will join the DIRTcar UMP Modifieds from Friday to Sunday, after which the DIRTcar Late Models will share the field with them. On Tuesday, February 12, Buzzie’s old Super DIRTcar Series Big-Block Modifieds will take the stage at Volusia Speedway Park for five nights, joined for the last four by the World of Outlaws Morton Buildings Late Models. Tickets are still available.