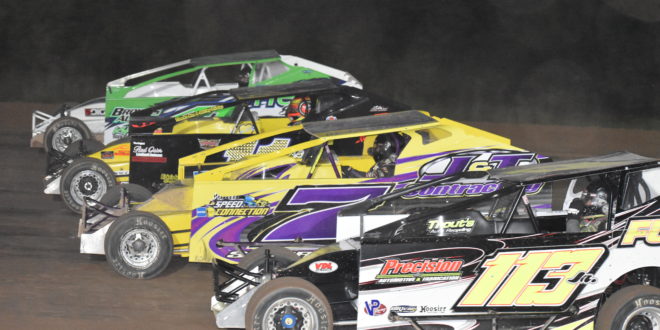 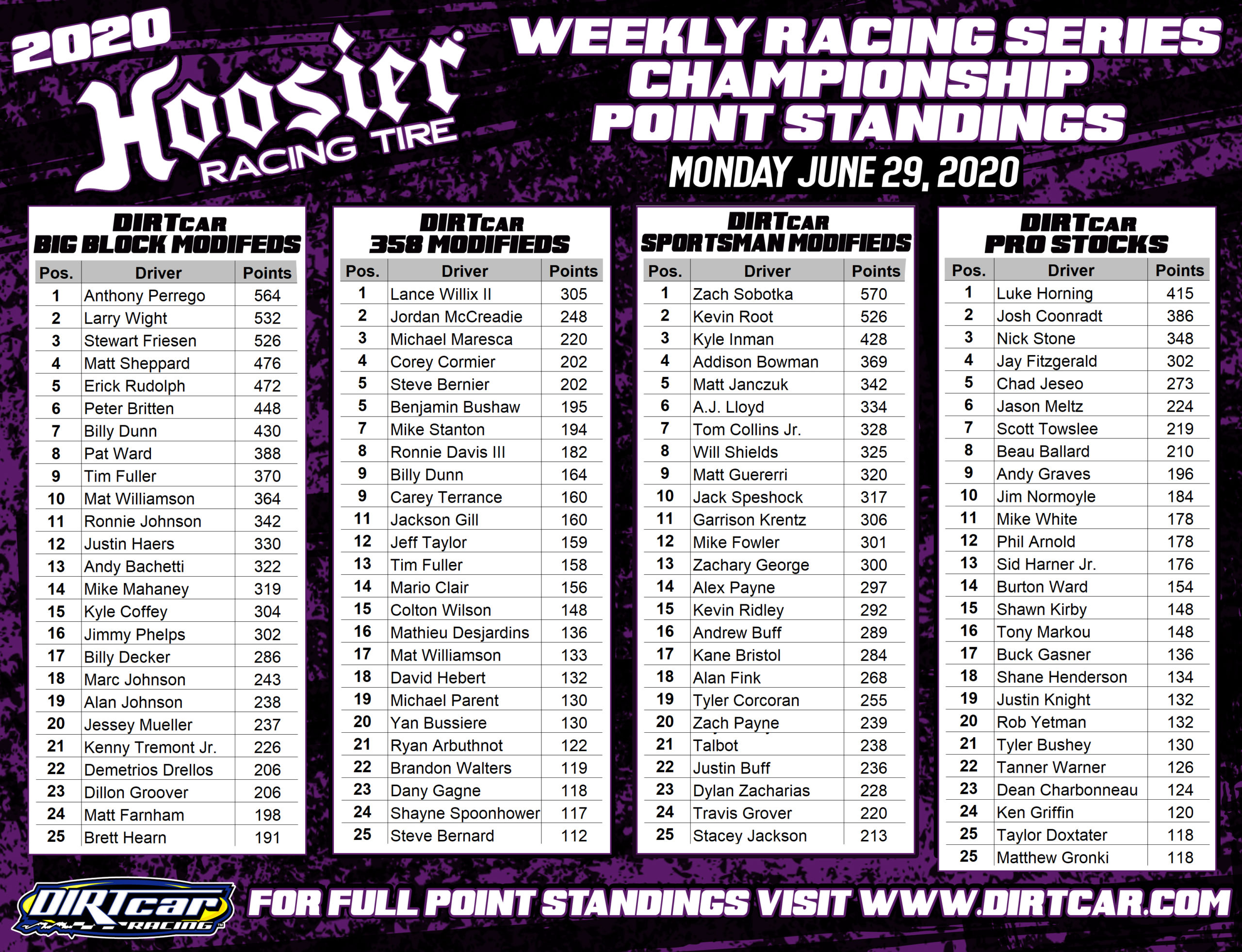 WEEDSPORT, NY – The Hoosier Racing Tire Weekly Championship is heating up. Anthony Perrego has vaulted to the top of the standings over the red hot Larry Wight. Lance Willix remains atop the DIRTcar 358 standings. Zach Sobotka has made a statement early in 2020 with great runs at Utica-Rome and Land of Legends. Luke Horning is the man to beat right now in the Pro Stocks. 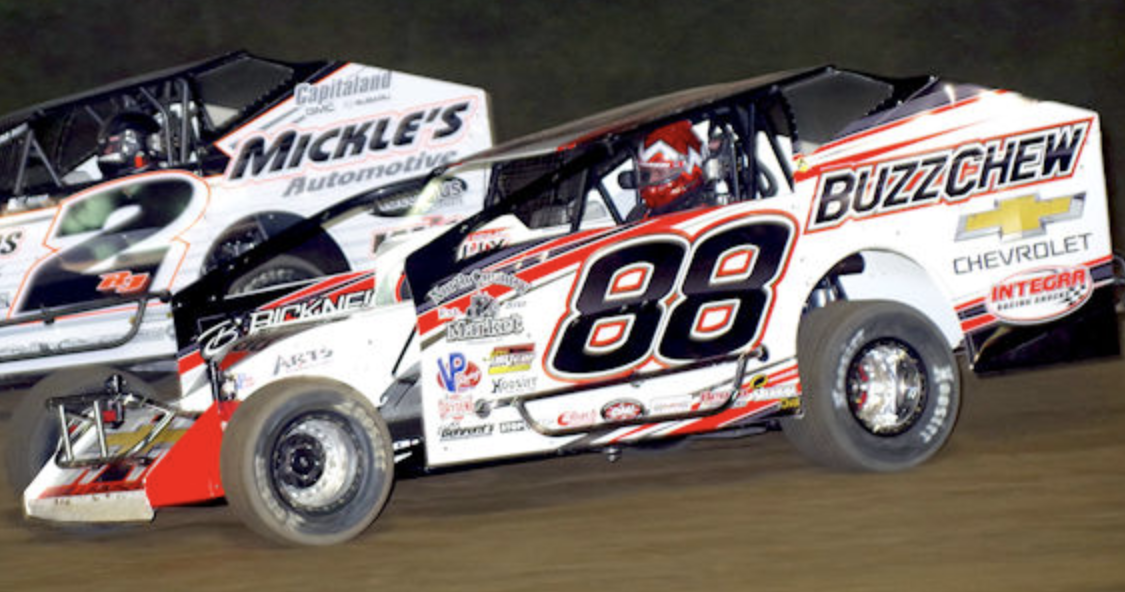 Mat Williamson was finally able to roll out his Buzz Chew Racing Big Block Modified once again in 2020. He drove to the win over a stacked field at Albany-Saratoga Speedway. 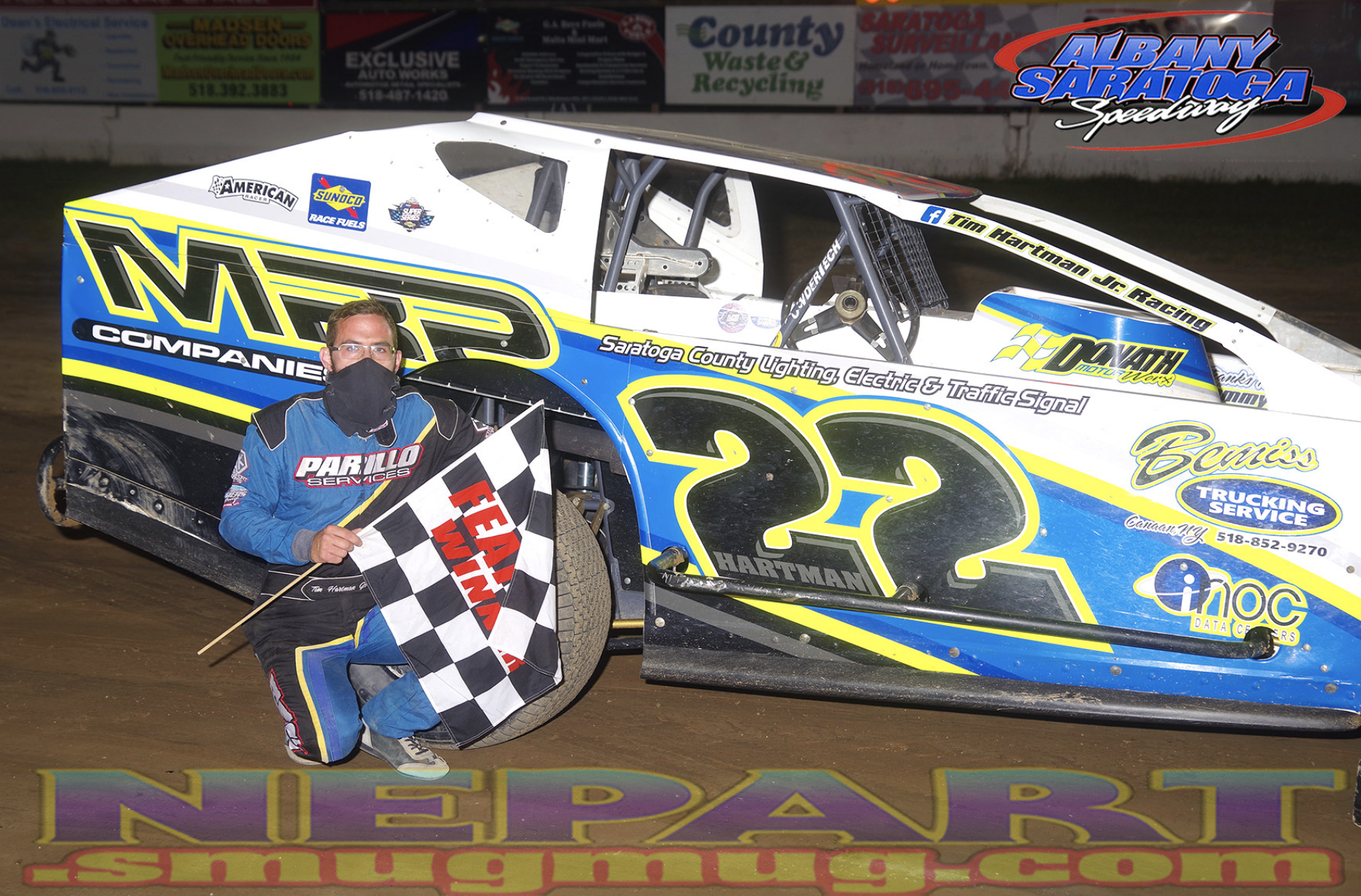 Tim Hartman Jr. was the man to beat in Sportsman Modifieds. He held off Brian Calabrese and Connor Cleveland for the checkered flag. 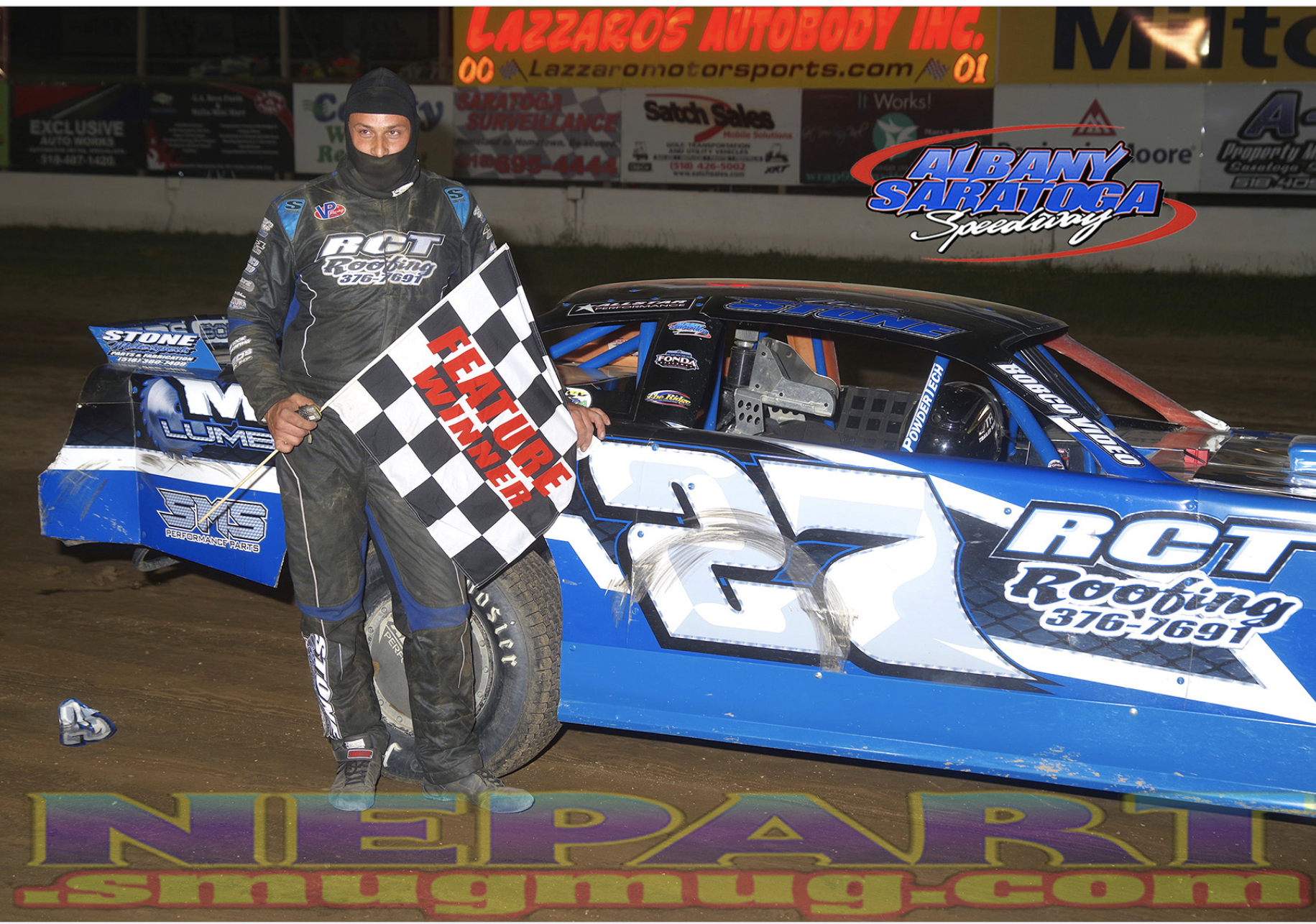 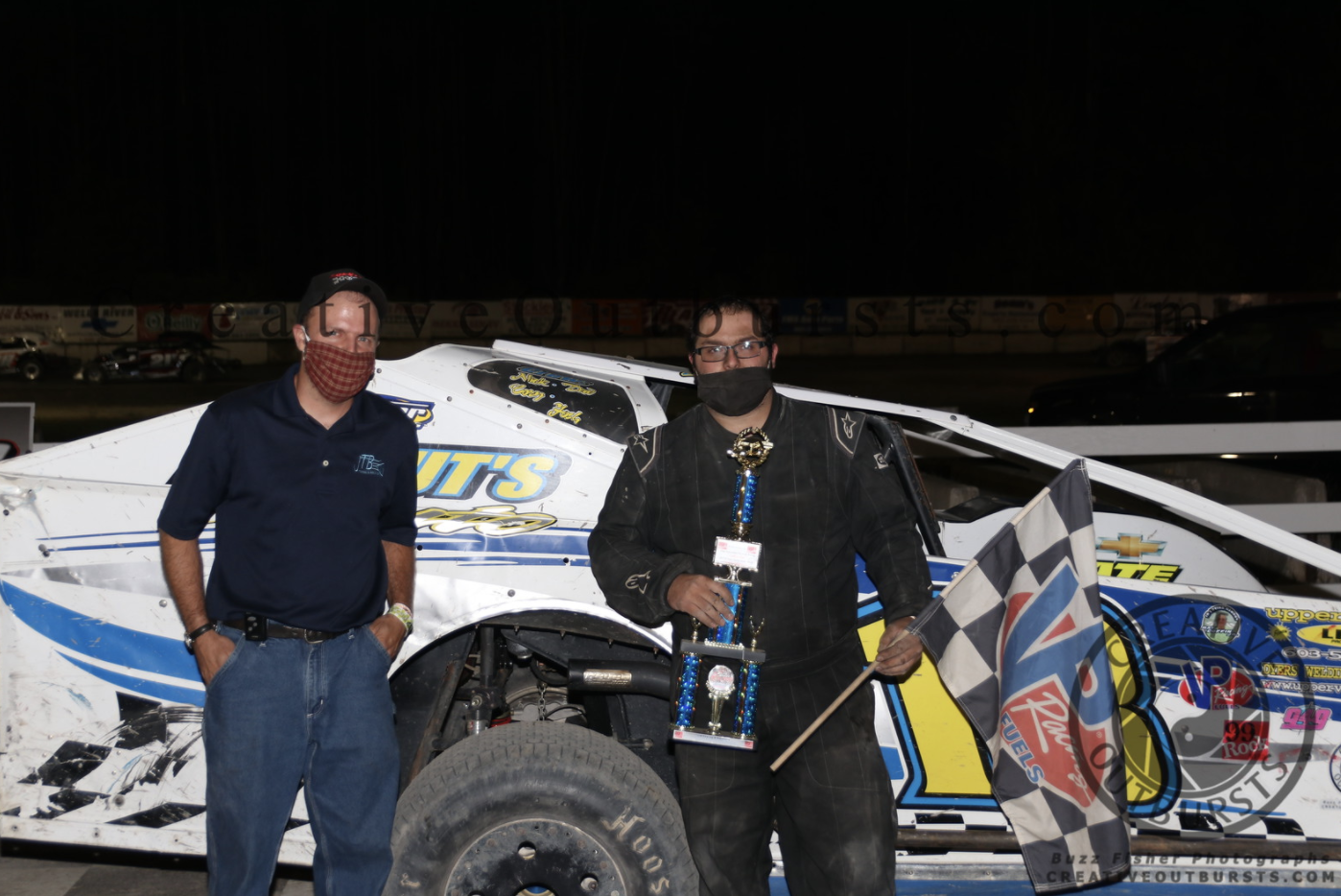 Matt Lashua starting from the pole was able to hold off the wolves thru all of the restarts and get his first win of the season. James Fadden and Ryan Christian joined him in victory lane in second and third. Jason Gray came up from 21st starting position to finish in fourth and Jeremy Huntoon taking fifth. 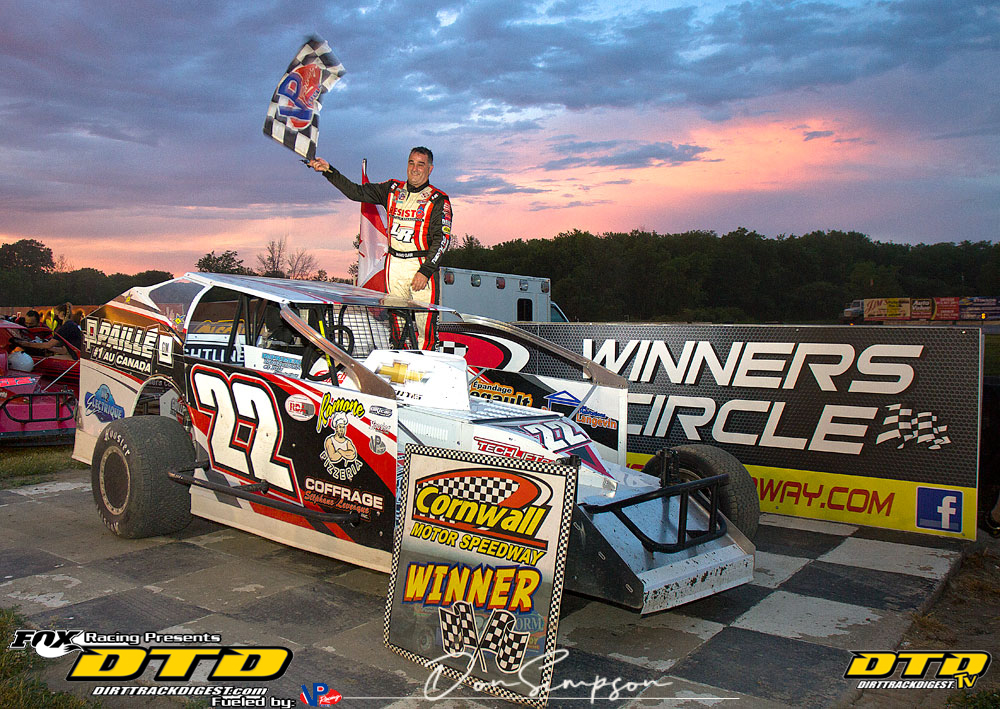 Yan Bussiere grabbed the lead in the Revival 50 event in front of Chris Raabe and Mario Clair, with Shane Pecore and Luke Whitteker rounding out the top 5. A few cautions slowed the field in the first portion of the event as Bussiere was leading the way in front of Raabe and Whitteker. On a lap 24 restart, Mario Clair made a great move and passed Raabe for second. Clair found something as he got the lead on a lap 27 restart over Raabe as Pecore moved to second with Mathieu Desjardins in the mix. Clair held off some charges from Desjardins as led the final laps to capture the first win in Cornwall this season over Desjardins and Steve Bernier that made a last-lap pass to claim the third spot. 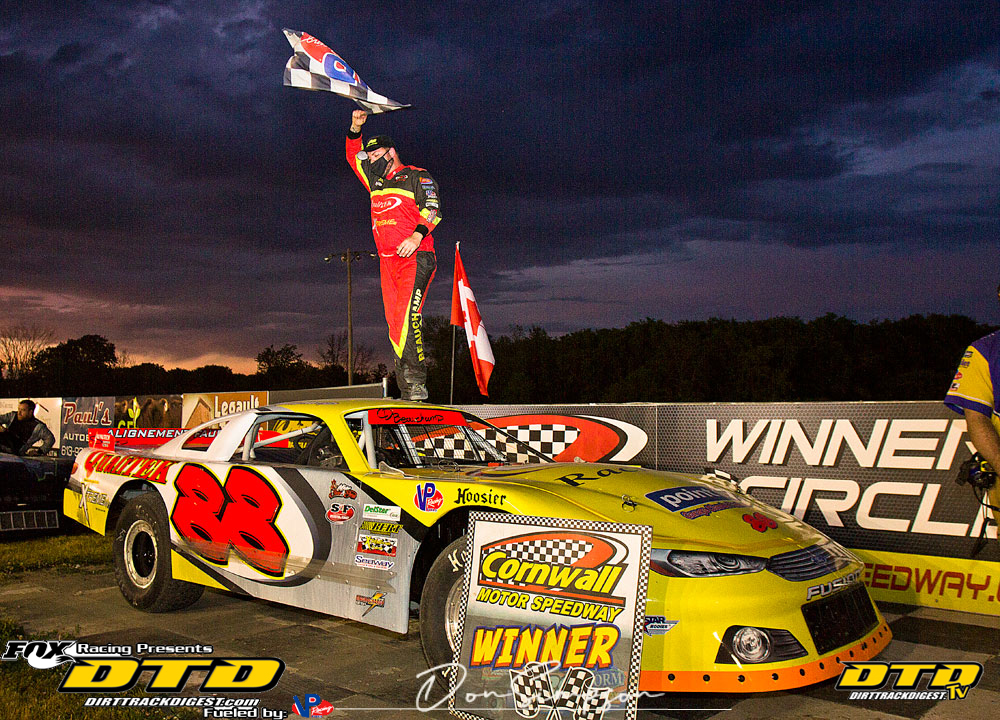 Jonathan Lemay does not waste any time as he took the lead in the 35-lap Pro-Stock event with CD Beauchamp in second with the first 20 laps being done quickly. Beauchamp inches closer to Lemay and passes him on lap 26. Beauchamp led the final laps and gets a first win in 2020 over Lemay and Lebrun who completes the top 3 in a caution-free event.
TRACK WEBSITE 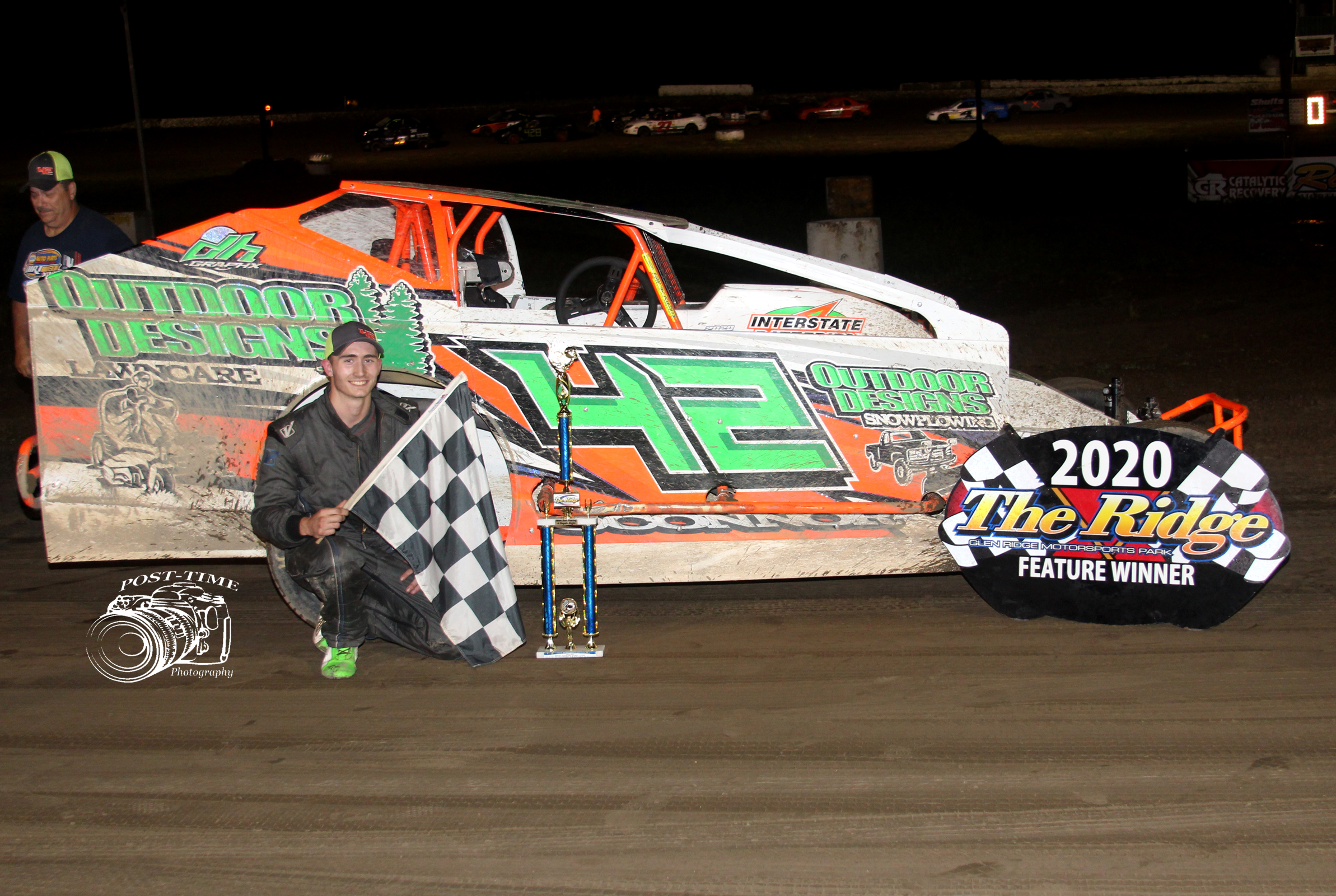 Tucker O’Connor held off a strong field of DIRTcar Sportsman Modifieds at the quarter-mile Fultonville facility. 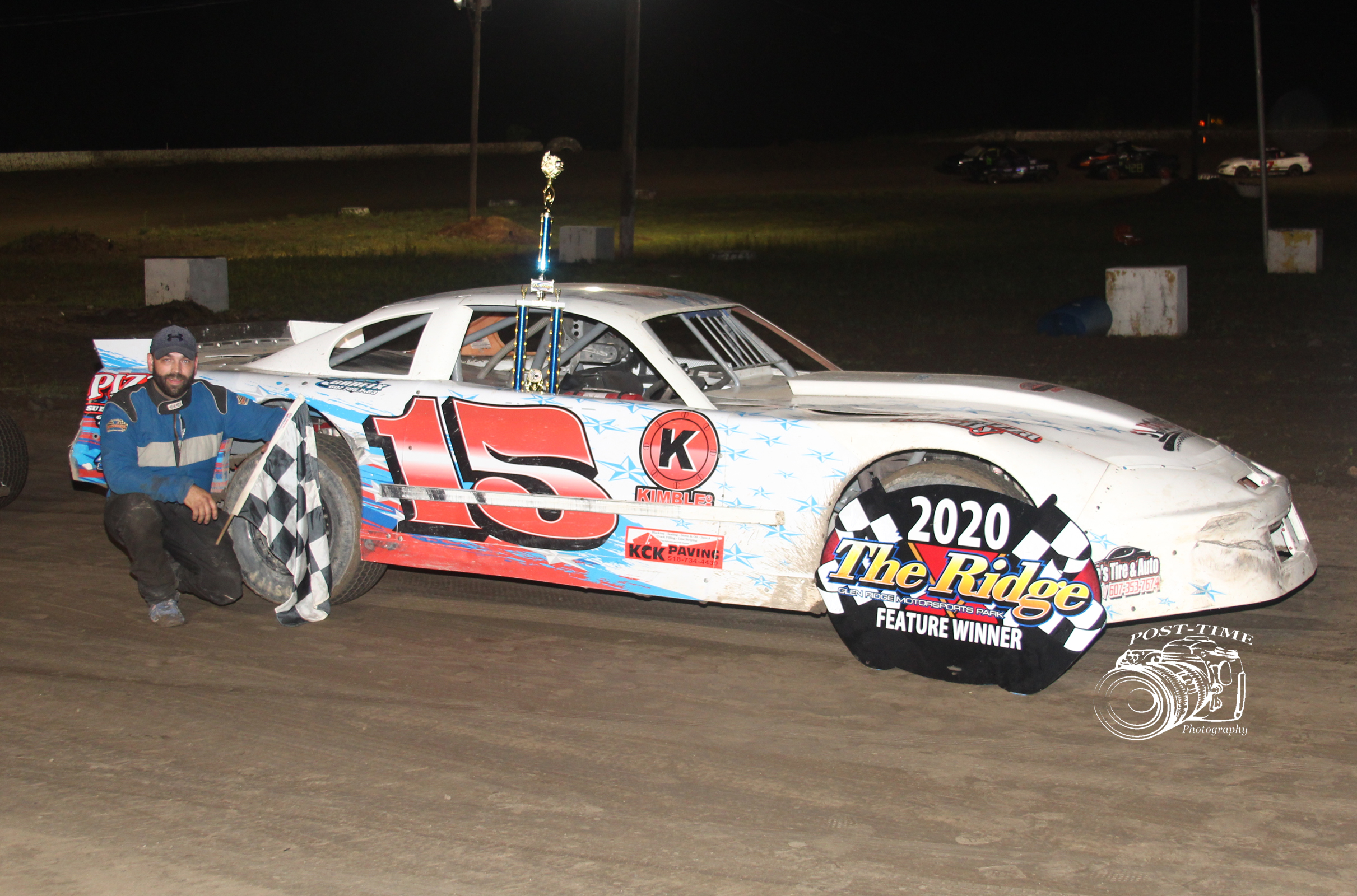 Beau Ballard took the win in the Pro Stocks for his first win of 2020 beating Andy Graves and Luke Horning. 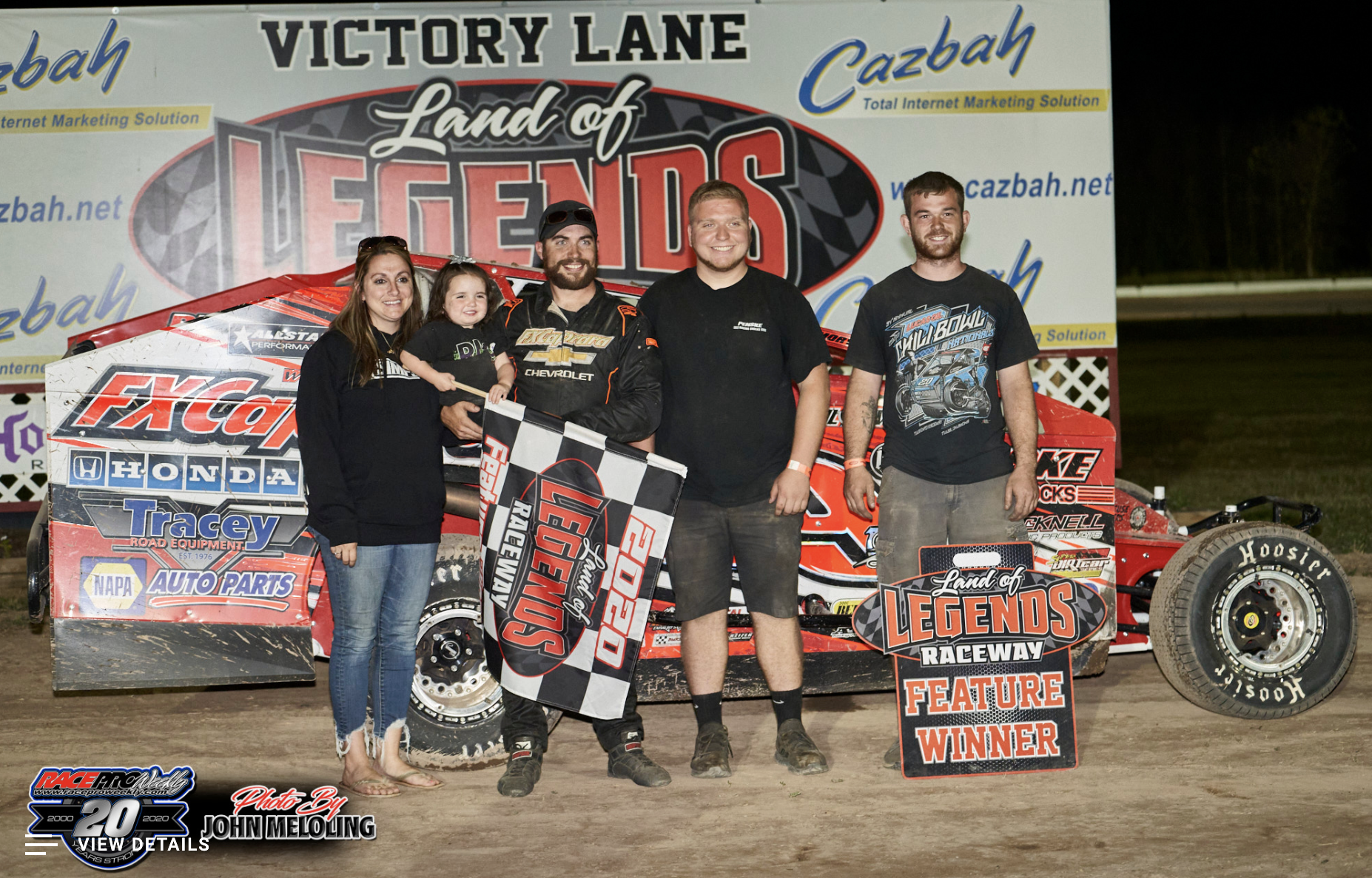 Larry Wight picked up his first DIRTcar Big Block Modified win at Land of Legends Raceway earlier this year. Now he has 3. 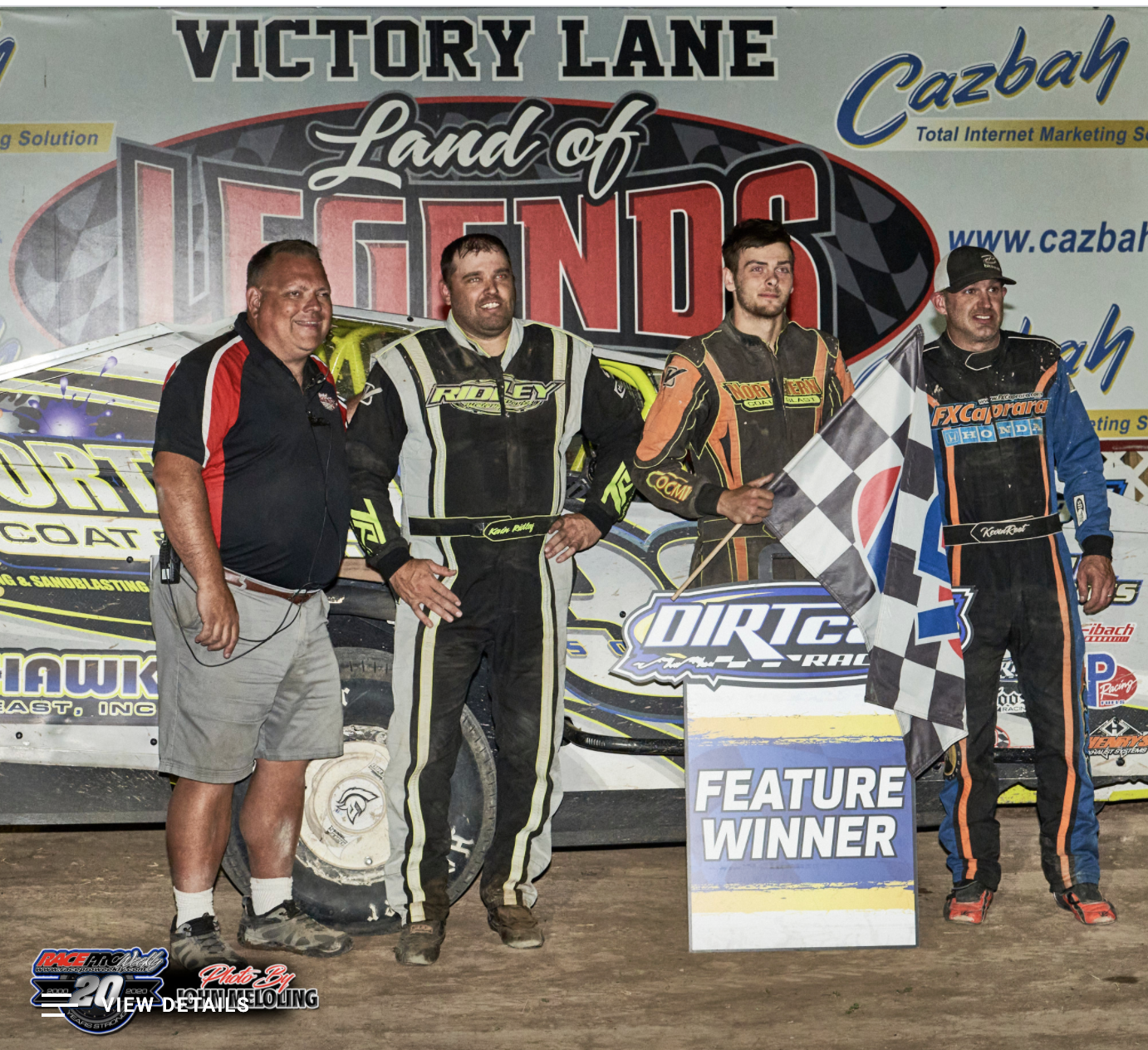 Zach Sobotka outran some of the best drivers to ever wheel a DIRTcar Sportsman Modified in the Central Region race at Land of Legends Raceway. 54 Sportsman took time with only one caution flying all night. 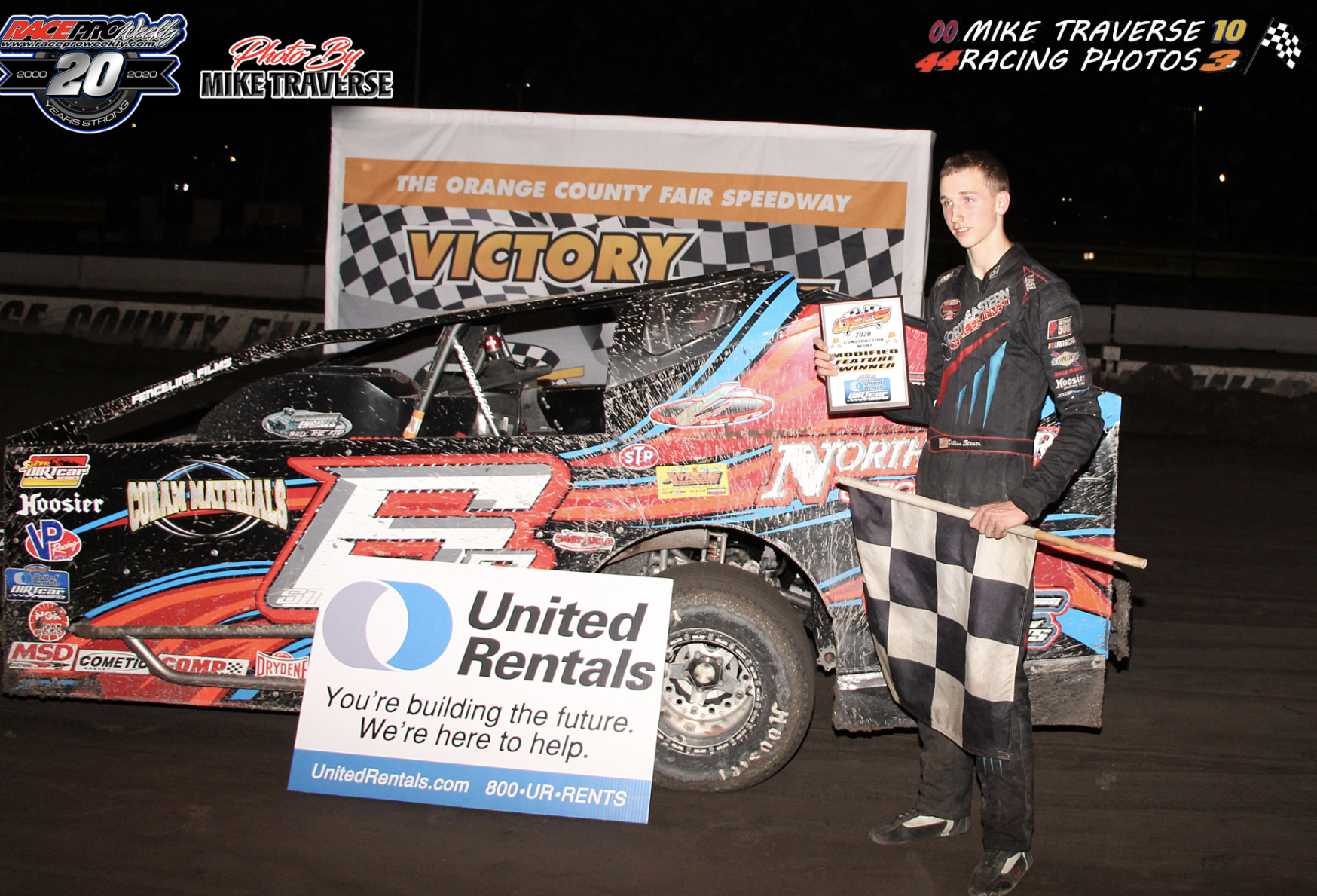 Dillon Steuer came out on top of a DIRTcar Big Block Modified field with some of the very best in the business including Stewart Friesen and Matt Sheppard. 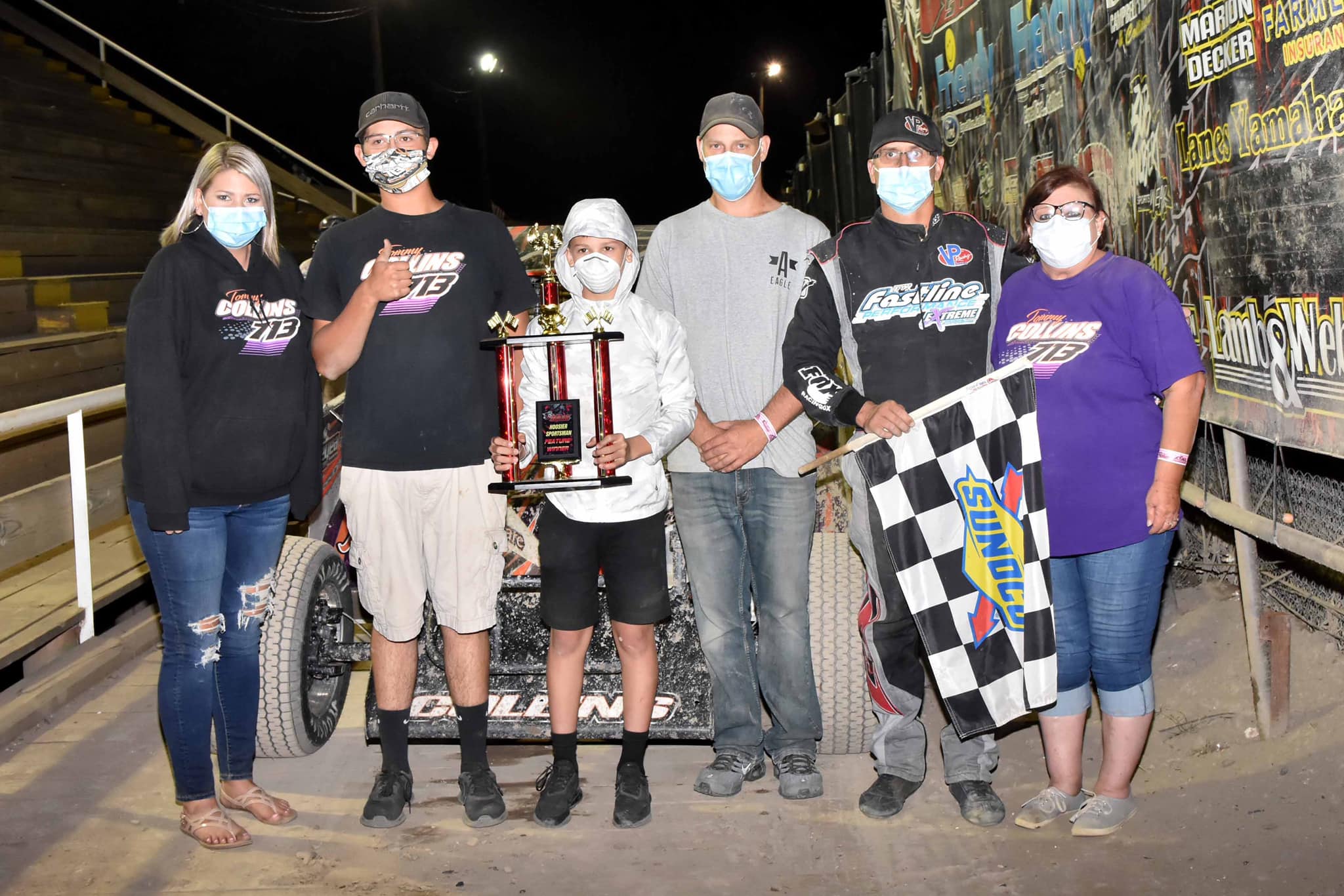