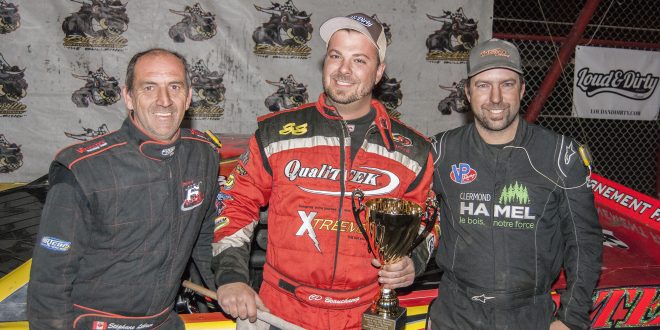 BROCKVILLE, ON – October 12, 2018 – The DIRTcar Sportsman Modified Tour was ready to close out 2018 as Kevin Root held a 24-point lead over former Series champion Brad Rouse. At the drop of the green flag it was Alan Fink taking the lead from the pole over Martin Pelletier, Cedric Gauvreau, Ryan Scott and Devin Willis.

The Brewerton and Fulton Speedway regular was the dominant force in the early laps as he pulled away from the field leaving Pelletier, Gauvreau and Scott to battle hard for a top five position. The leader entered lapped traffic which allowed Pelletier to close in and make it a close battle, but Fink remained patient as the bottom lane was the place to be on the speedway.

On lap 27 the first yellow flew as Devin Willis saw a great run go away, as he spun in turn three. When the green flew it was Fink charging to the lead and appeared to have the car to beat. For the championships, Kevin Root was doing what he had to do as he ran solidly in the top ten all night in the 6th spot as Brad Rouse was looking to make his way forward. Rouse took the number five spot away on lap 30 but Root stayed in his tire tracks and in control of the title. 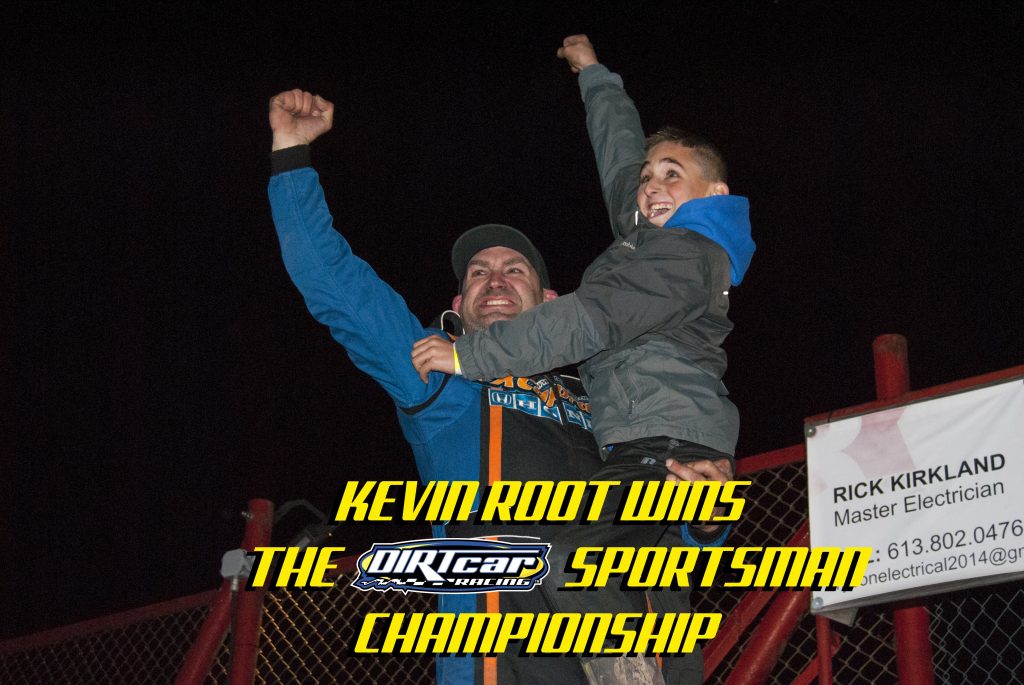 On lap 32 the big moment of the race came as traffic became a factor again with Fink and Pelletier putting on a show. On lap 33 Fink slid too high in turn 1 and Pelletier took full advantage as he took the lead and began to run away from the quality field. After so many struggles during NAPA Auto Parts Super Dirt Week, Martin Pelletier put himself back on top of the mountain and scored his twenty-fourth win of the year and fourth on the DIRTcar Sportsman Tour. 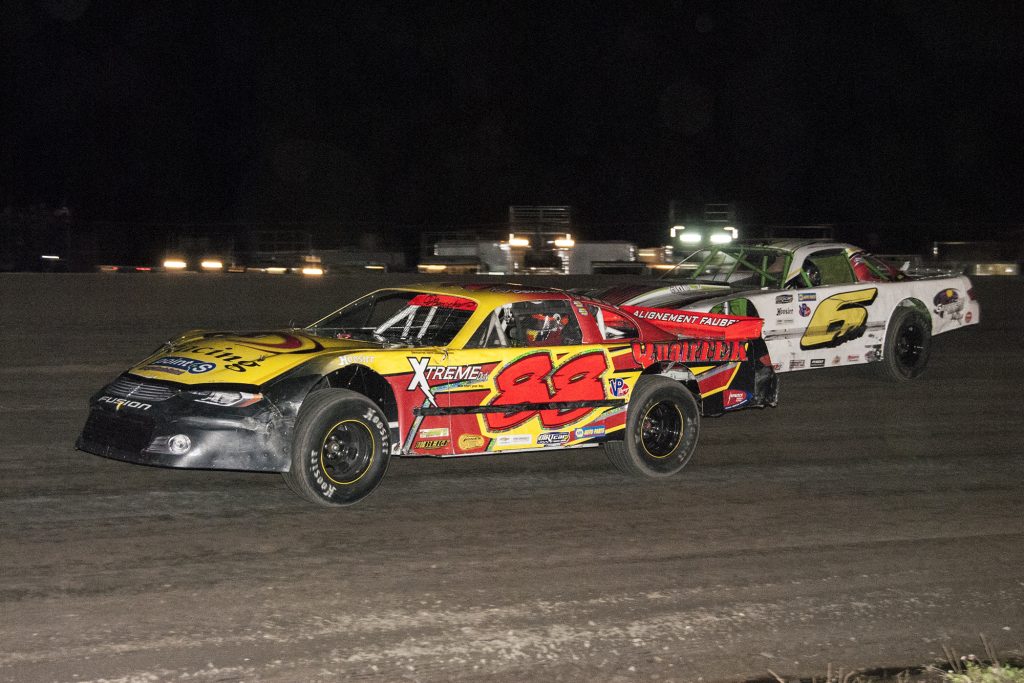 C.D. Beauchamp has been on cloud nine over the last seven days and on this night he took the lead at the start of the 30 lap contest over Stephane Lebrun and Pascal Payeur. It didn’t take long for the first yellow to come out as Marc Lalonde launched a power plant in turn three, ending his night very early. On the restart C.D. Beauchamp used the bottom lane perfectly as he took the lead again over Lebrun, Pro Stock Tour points leader Jocelyn Roy, Pacal Payeur, and Roch Aubin. On lap four another yellow flew as Lee Miller and Mike Blais came together in turn two. Both drivers were able to pull away and continue on.

As the green flew Stephane Lebrun tried to make a move on the leader but Beauchamp remained up front and in control with Roy, Payuer and Aubin completing the top five. As the race approached the halfway point, C.D. Beauchamp continued to lead, but Lebrun and Payeur were on his back bumper, and looking for any mistake from the tour’s winningest driver in 2018.

As the laps clicked off, C.D. Beauchamp had his hands full with Lebrun and Payuer as they tried both inside and outside moves, but just couldn’t make it pay off. C.D. Beauchamp was not to be denied as he charged to his fourth series win of the 2018 season and first at the Loud & Dirty Brand Northeast Fall Nationals. 2012 Fall Nationals champion Stephane Lebrun crossed in second with Pascal Payeur in third. Jocelyn Roy’s fourth place run was plenty to claim his third series title in five years. 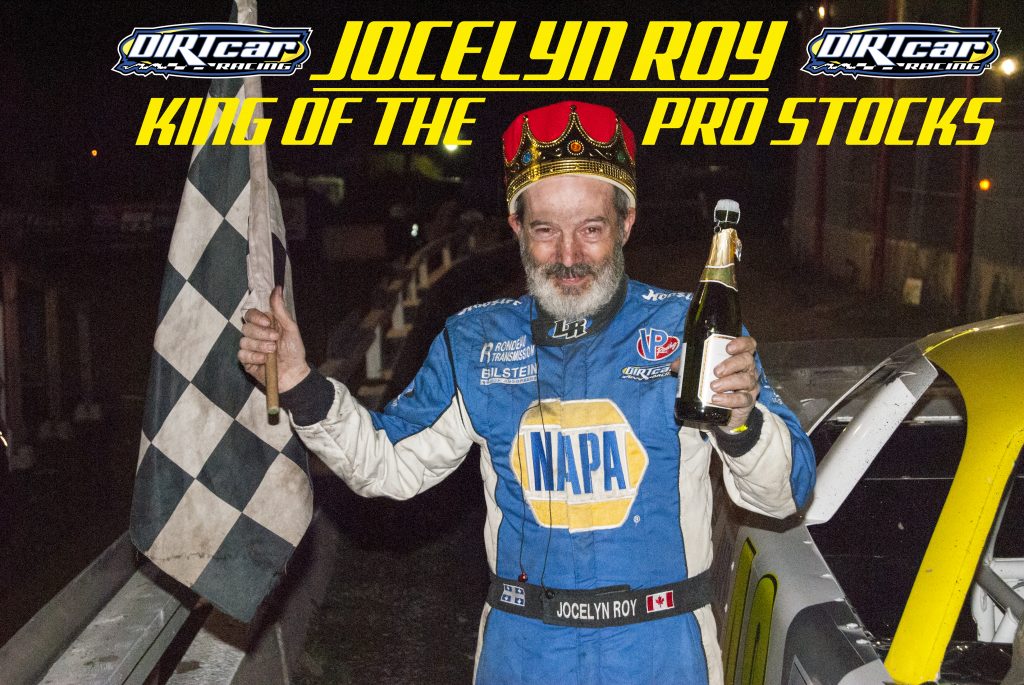