CONCORD, N.C. – Oct. 15, 2014 – A season’s worth of hard work and determination culminated in one stellar night for Bobby Pierce at Eldora Speedway. Pierce, 17, of Oakwood, Ill., led every lap of Eldora’s DIRTcar Fall Nationals A-Main to emphatically wrap up his first ever DIRTcar Late Model national points title, and in doing so become the youngest driver ever to claim the weekly-racing Late Model championship.

“It takes a lot of blood, sweat and tears that go into this deal and this year we had a little bit of all of that,” said Pierce, whose 14 DIRTcar-sanctioned victories represent the upside of a 2014 campaign that also saw the second-generation driver experience his fair share of bad luck and unavoidable setbacks. “Our team definitely deserved (the championship). I think my team worked harder than anybody this year with everything we had to overcome. It’s been a lot of fun this year, but it definitely took a lot of work for it all to pay off.”

Indeed, Pierce’s championship season on the whole didn’t mirror its spectacular conclusion at Eldora. After a hot start to the season, Pierce soldiered through mid-summer slump plagued by mechanical woes and other bad luck circumstances that derailed his hopes of adding his first ever DIRTcar Summer Nationals ‘Hell Tour’ championship to his season’s accolades. But Pierce kept his poise through his mid-season trials and with the help of his race team’s hard work, overcame the setbacks to claim the $20,000 DIRTcar championship.

“It’s been a year with many good things and some not so good. We’ve been in positions to win a lot of races and broke or other stuff like that happened. But all in all, to wrap up a championship with a win at Eldora – my second win at Eldora – I think it all turned out pretty good in the end.”

Pierce may have missed out on a few extra victories along the way, but he still managed to put together a season of which most any regional racer would be envious. He was most successful during the first half of the 36-week season with 9 of his wins coming before Memorial Day. Besides his UMP Fall Nationals victory at Eldora, Pierce’s other notable DIRTcar wins included his first-ever Eldora victory in April’s Spring Nationals, a $10,555 payday in 34 Raceway’s Slocum 50 and a Summer Nationals victory at Belle-Clair Speedway.

In all, Pierce drove his Champion Spark Plugs-sponsored Bob Pierce Race Car to DIRTcar victories at nine different tracks in tying Randy Korte of Highland, Ill., for the most DIRTcar Late Model victories in the country. He ended the season with 2,561 points to beat out Ryan Unzicker (2,423 points) of El Paso, Ill.

Coming off a runner-up finish to fellow young Illinois racer Brandon Sheppard in last season’s national points chase, Pierce expected to not only contend for the title in 2014 but to also challenge to win every race he entered. Pierce credits that confident approach for his successful season.

“I joked before the year started that we were going to go out and win every single race,” said Pierce, who also claimed a pair of Lucas Oil Late Model Dirt Series triumphs to push his overall season wins total to 16 races. “You know that’s not going to happen, but that’s really how I like to think about my racing. When you think you’re gonna win, then when you’re leading a race or racing a guy for the lead, you don’t get distracted thinking ‘Oh my God, I might win this race.’ You’re prepared for that and you do whatever you need to actually win the race.”

Just as the Fall Nationals victory at Eldora marked a spectacular end to the season for Pierce, his first DIRTcar national points championship is a monumental achievement in his young career.

Born and raised in the heart of DIRTcar UMP country in central Illinois, Pierce grew up dreaming of one day matching his Hall of Fame father Bob Pierce in claiming a national championship. Likewise, the elder Pierce had such achievements in mind when he helped his son launch his Late Model career five years ago. But neither would’ve ever believed that a national title would come so soon.

“Out of everything, it’s definitely one of the biggest accomplishments I have yet,” Pierce said. “My dad, he won it back when he was racing and I knew it was something I wanted to do when I started racing. For me to win it now, at 17, it’s crazy.

“I remember when I first got into racing and we’d go to Farmer City Raceway on Friday nights. I never really thought that today I would be racing at this level the way I am. It’s pretty cool to think about that.”

While he may find it hard to believe that he’s already reached such lofty heights, Pierce isn’t resting on his accomplishments. In fact, he’s already looking forward to what he hopes is an even better season in 2015.

“I’m happy as long as we keep advancing and keep getting better,” said Pierce, who recently added major sponsorship from Texas-based Allgayer Inc. to help with his plans of traveling more broadly in 2015. “That’s really been my goal all along is just to keep improving, and I’m satisfied for now because I think we’ve been doing that. We’ll enjoy this and have a good time at the banquet, but yeah, I’m already excited to see how much better we can do next year.”

For more information on DIRTcar Racing and to see the complete final points standings for all DIRTcar-sanctioned divisions, visit www.DIRTcar.com. 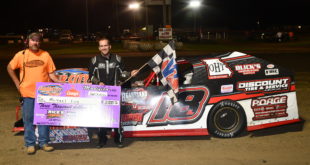 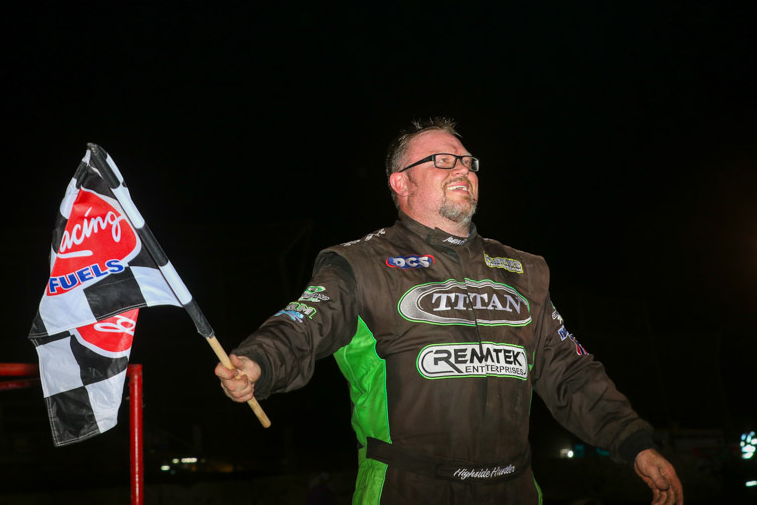