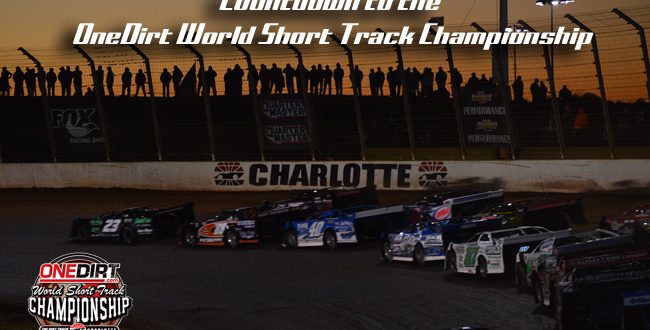 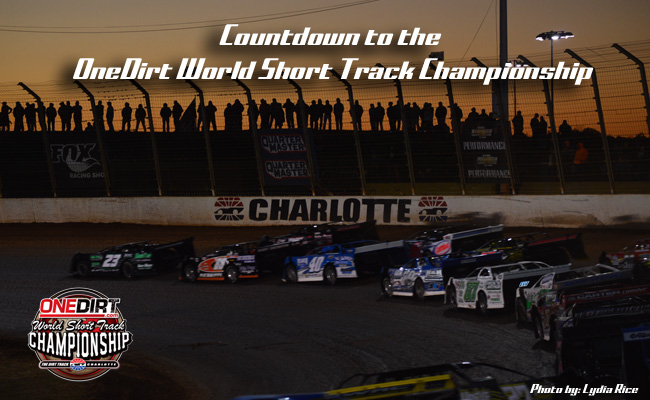 CONCORD, NC — July 18, 2017 — As DIRTcar Racing’s busiest month passes its midpoint and summer hits its pinnacle, drivers will start to think about the new season finale, the OneDirt World Short Track Championship at The Dirt Track at Charlotte Motor Speedway from Thursday, October 26, 2017 to Saturday, October 28, 2017. The end-of-year event puts weekly racers on center stage to close out the short track season.

The second annual OneDirt World Short Track Championship is a three-day event featuring the best weekly racers in the country. The event, hosted at one of the premier racing facilities in the country, features eight divisions and over $110,000 in purse money and awards.

Nick Hoffman, who is currently leading the Summit Racing Equipment Modified Nationals points standings over Mike Harrison, came up two spots short of a win at the 2016 OneDirt World Short Track Championship. Hoffman, from Mooresville, NC, is expected to return to Charlotte in October to take another crack at winning his backyard.

Ryan Atkins, in the No. 9 Late Model, has already cast his entry into the second annual OneDirt World Short Track Championship. “I love Charlotte, everything about it,” said Atkins. “This is a great event — good money — but I’d probably race for a hot dog if it was at Charlotte.”

The 2017 OneDirt World Short Track Championship will once again be broadcast on DIRTVision, increasing the exposure for some of dirt track racing’s most exciting divisions.

New for the 2017 OneDirt World Short Track Champion will be a LIMITED amount of trackside competitor camping spots in the upper pits. For just $100 you can park trackside all weekend long. Spots are LIMITED, so reserve yours today. To reserve your spot, please call Colton Dalberth at 704-707-0258.