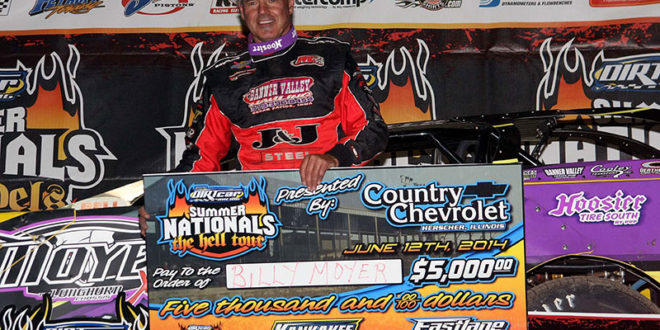 With an all Moyer front row, the eldest Moyer starting from the pole and Billy Moyer Jr. starting second, the huge crowd knew it would be in for a show. Moyer Jr. powered his way around his dad to start the race, pulling out to an early lead. Unfortunately for the younger Moyer his lead would be short-lived. A power steering failure caused his car to fall back before finally retiring on lap 10, handing the lead to the elder Moyer. Billy Moyer went on to dominate the remaining 30 laps, holding off former DIRTcar national champion Ryan Unzicker for the eighth win of his career at Kankakee County Speedway.