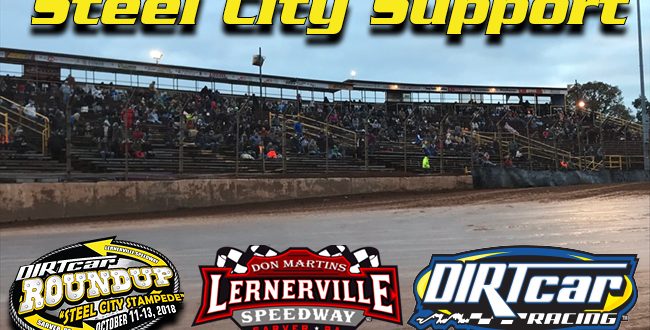 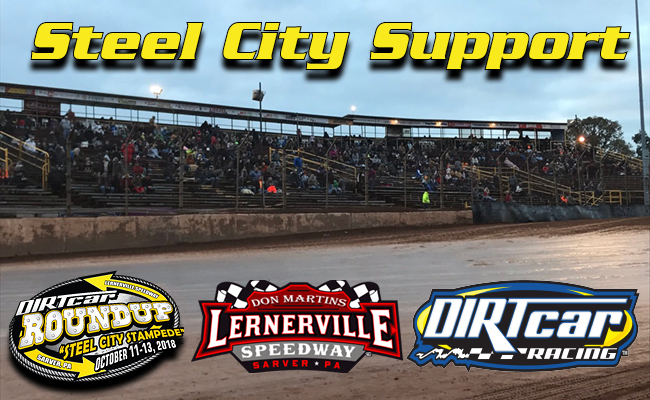 SARVER, PA – October 17, 2018 – The DIRTcar Roundup “Steel City Stampede” – Over 300 cars in just three days, once a year, is a lot to handle for even the most experienced track personnel at the Lernerville Speedway. From safety officials to announcers and photographers, there are a lot of people behind the scenes who put in a great deal of effort, not just for the Stampede, but every Friday night to make sure the first race is just as good as the last. A few of which, shine at this event in particular.

Gary Spangler is a member of the local Buffalo Township Fire Department who has also been a part of the Lernerville safety crew for over 30 years. He works every race each season, and has been at the track for every Stampede to date. He said the Stampede is an event unlike any other because of the back-to-back nature of the racing schedule.

“It’s time consuming, obviously,” Spangler said. “We don’t have any time to take a break, because it’s just one race after another. You can’t take off your gear and cool off, you just have to suck it up.” 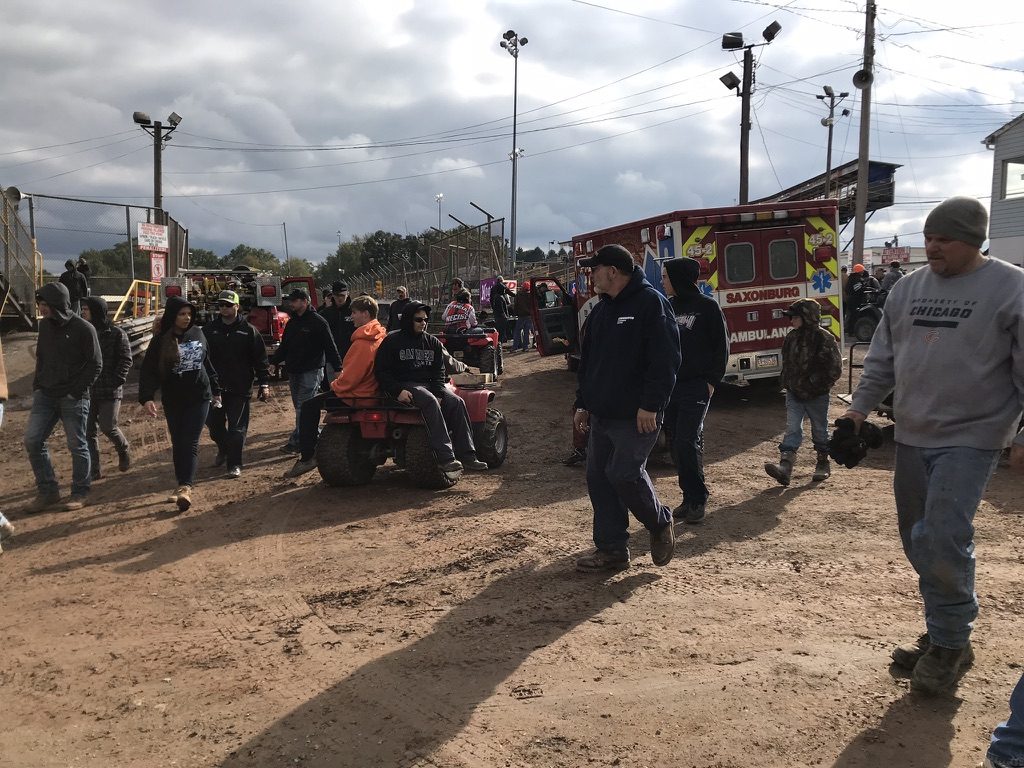 Spangler isn’t just part of the track team, he’s also a race fan. Nobody puts in 30+ years on the same job because they only half-enjoy it. However, his on-track duties limit how much of a “race fan” he gets to be at each event.

“Being on a fire crew is different than being a fan,” Spangler said. “I sit down off of turn one, so I just watch turns one and two. I can’t just watch action on the track, I’m just watching my area because the flagman only watches specific cars, or will follow the leader.”

Despite his responsibilities, Spangler loves his job and shows up every week he can to help keep drivers safe.

“I actually feel bad if I have to miss a race, because there’s nobody down there to take my position,” Spangler said.

Photographers and videographers help to capture the action for those who couldn’t make it to the track. Their jobs have never been more important in the digital world that is 2018; good thing they’re plentiful around the Western Pennsylvania area. John Stivason has been a race photographer for over 30 years and said he loves shooting the Stampede because of the action the car count produces.

Everyone has their own motives for coming back to the track week after week. The most common reason? The people involved, just like Stivason, who make the experience all worthwhile.

“I love the sport, I love the people,” Stivason said. “When they say ‘racing is a family,’ they’re 100 percent true.” 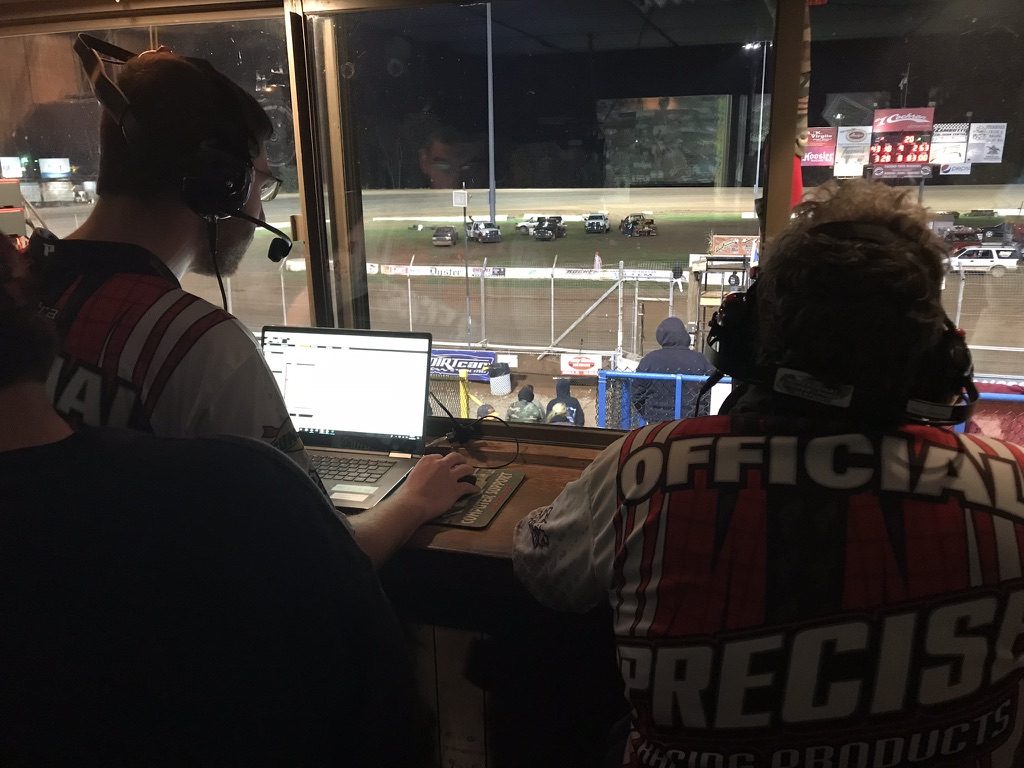 In addition to those capturing the action in the infield are those calling the action from the booth. Track Announcer Eric Westendorf has been on-duty since longtime predecessor Dow Carnahan’s passing a few years back, but has been a Lernerville Speedway race fan since he was a child. Westendorf has his own favorite divisions of racing, but knows it’s the strong presence of familiar race cars that keeps the weekly racing scene unique.

“I’m still a fan. The biggest thing is our ‘Fab Four’ program,” Westendorf said. “We’re still the only track in the country that runs all four [main] divisions in a weekly program. I’ve always been a Sprint Car fan, I don’t hide that. [But] I try to be as impartial as possible.”

The biggest thing about being at the track, week after week, for many race fans is the sense of family and belonging with their friends and relatives. Lots of folks choose to camp out for the weekend and brave the cold weather in the stands if it means they get to spend one more weekend watching the best (and most) racing they’ve seen in one place all year long.

“It’s just a neat way to end the season,” Westendorf said. “Obviously, [the drivers] are here for a long time to run only 35 laps, depending on their division, maybe only 25. But it’s just a comradery, spending one more weekend with your racing family before a long off-season. It’s a long six months from the end of the season to the start, so it’s a real nice weekend to see some racing, but really to hang out and be with your racing family one last time before the winter.”

Family, friends and fans are one of the top-two most important groups any racetrack cannot function without. A big slice of a track’s income comes through the pit gate, but if there aren’t race fans coming through the spectator gates, buying food, merchandise and camping spots, it’s as good as dirt.

Since the Stampede’s inception in 2009, Lernerville’s fourth marquee event, the experience for the fans has been nothing short of exceptional. Especially for local race fan and annual camper Joe Jendrejewski, a Leechburg native, who said he and almost 30 of his friends camp out every year at Lernerville for the big races, including the Firecracker, Commonwealth Clash, Silver Cup and the Stampede. He’s also ventured down South to Charlotte for the past seven years, but said Lernerville will always be home. 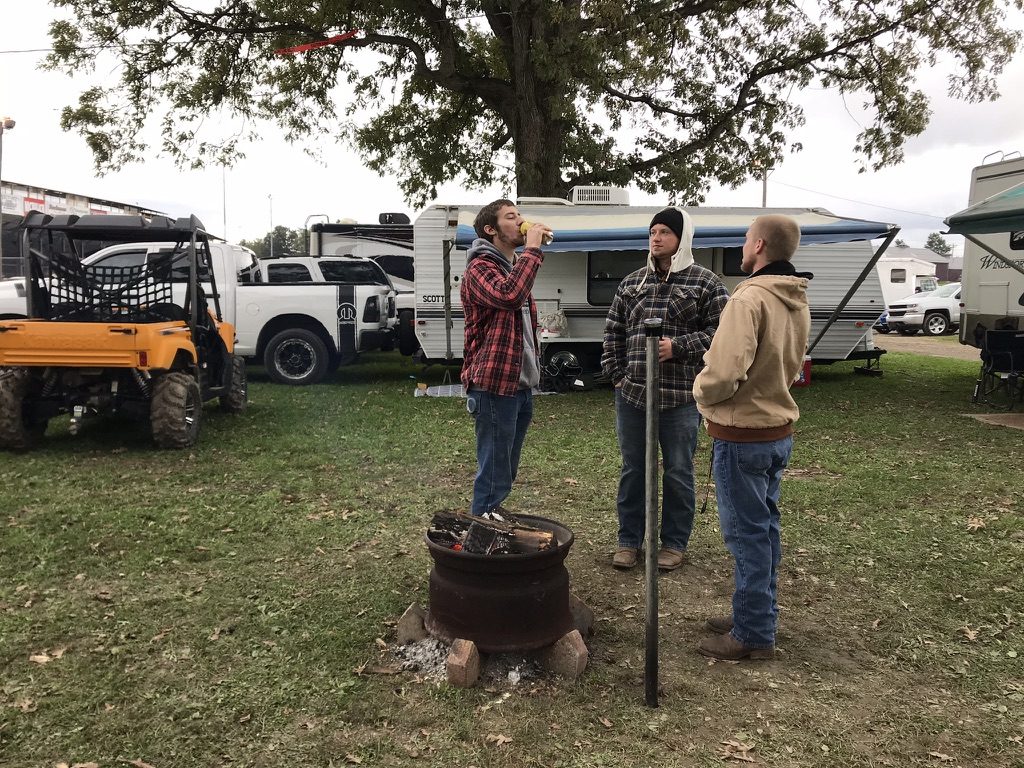 “I love racing, I love Lernerville,” Jendrejewski said. “It’s been a long time. I’ve been coming here since I was 12 years old… I love it!”

Jendrejewski has seen a lot of racing at his home track over the years. One thing he really admires about the Stampede, though, is all of the festivities and kind people he and his friends meet every year.

“The atmosphere and all the people all around,” Jendrejewski said. “All of the drivers, all of the people out here camping… everybody’s friendly. There’s no trouble, everybody’s nice. I just think it’s a great experience for everybody.”

Fellow race fans Brian Baker and Dana Woods have also been coming to Lernerville since they were kids, the only difference being this year was their first Stampede. They were both excited to see such a large number of cars in one night, and as many fans will say, it’s the sole enjoyment of the sport that keeps them in their seats through the end of the night.

“That’s the reason that we come every Friday,” Woods said. “The excitement of the racing, the speed. We like the atmosphere, everybody’s cool here so it’s like [we’re] at home.” 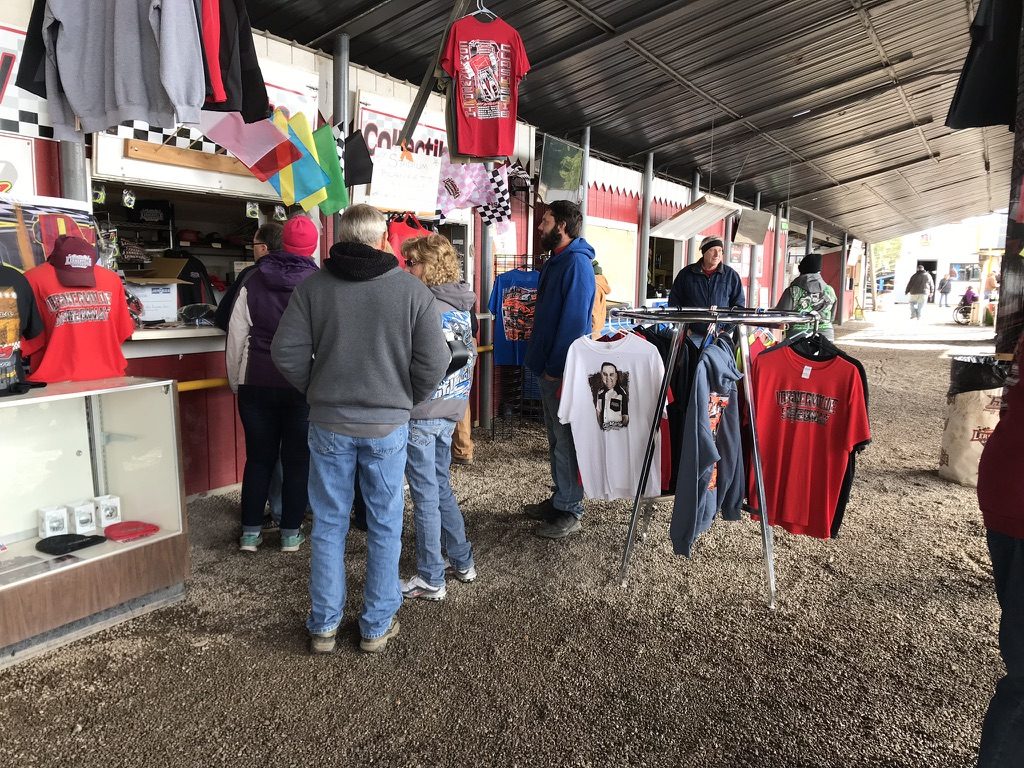 As native Pennsylvanians, Baker and Woods love to cheer on their hometown favorites when the World of Outlaws come into town. Sye Lynch, Tim Shaffer, A.J. Flick and Michael Norris are just a few of the local icons they come to watch each week. But they agreed the Stampede has provided them an opportunity to see multiple new divisions of racing that aren’t normally seen on a regular Friday night.

That’s what keeps them, and every other race fanatic in the grandstands, coming back at the end of every year for one last show. Nowhere else does anyone get to see so many cars in so many divisions. The Stampede’s uniqueness continues to propel the event into the future with its great track personnel and race fans.