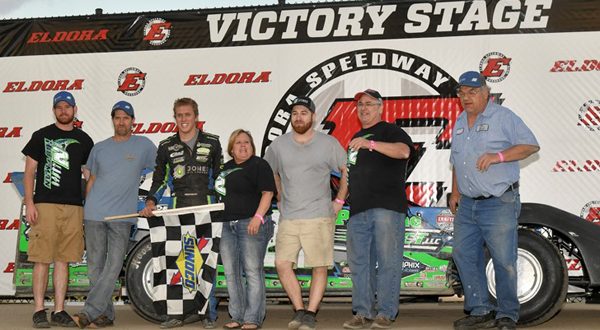 Late Model LidLifter on Saturday, April 28th to pay $5,000 to the winner 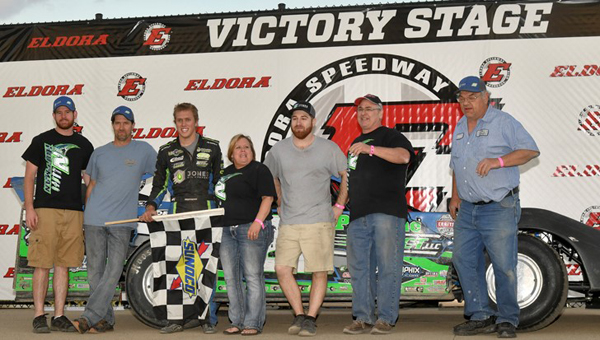 CONCORD, NC — Apr. 25, 2018 — The 24th season of competition for the Sunoco American Late Model Series (ALMS) kicks off in a big way on the biggest stage in all of dirt track racing. The famed ½ (0.500) high-banked dirt oval of Eldora Speedway (OH), located just east of the Indiana/Ohio state line in Rossburg, OH is the site for the 2018 season opener, the Late Model LidLifter. The $5,000 to win showdown will be the first of four appearances at Eldora and 88th all-time event at the Buckeye State oval, the most of any track in the 23-year history of the series and 407th all-time event in series history.

Ada, OH standout, Jon Henry comes into the Late Model LidLifter as the three-time and reigning series champion while Bloomington, IN star, Kent Robinson goes into the race as the defending track champion. In addition to the quest for the 2018 Sunoco American Late Model Series championship beginning, the chase for the Eldora Speedway Track Championship coincides as well.

In four races during the 2017 season at Eldora, there were four different winners with DIRTcar UMP Modified standout, Nick Hoffman recording his first career Super Late Model victory of any kind, which came on April 15th. The 47th running of the Johnny Appleseed Classic over the Memorial Day Holiday Weekend on May 28th saw Sylvania, OH driver, Casey Noonan pick up his lone 2017 #SunocoALMS triumph and seventh of his career. The 10th annual Earl Baltes Classic on September 3rd would see National Dirt Late Model Hall of Famer; Billy Moyer, the six-time World 100 winner, take the checkered flag for his seventh career series victory and fifth in the series at Eldora.

The final race of the 2017 season would be the fourth appearance of the year at Eldora. After running all of the preliminaries on Saturday, October 7th, the 40-lap Allstar Performance DIRTcar Fall Nationals Feature paying $5,000 to win was moved to the next afternoon on Sunday, October 8th. Pinconning, MI standout, Jeep VanWormer scored the win, the 34th overall of his career, to move to within one victory of all-time career wins leader, six-time series champion, Kris Patterson, who has 35 career wins.

In 87 all-time events held at Eldora, five-time track champion, Matt Miller leads the 37 drivers who have made at least one visit to the famed Eldora Stage with nine wins. The Whitehouse, OH veteran leads VanWormer, who has recorded eight of his 34 all-time checkered flags in the series at Eldora. There’s a three-way tie for third as Patterson, Moyer and five-time track champion (three of those titles coming in a Super Late Model), Brian Ruhlman all have five triumphs each.

The remaining three races at Eldora will see the Sunoco American Late Model Series return for the traditional Memorial Day Holiday Weekend race on Sunday, May 27th for the 48th running of the Johnny Appleseed Classic. Then the traditional Labor Day Holiday Weekend race, the 11th annual Earl Baltes Classic is on Sunday, September 2nd. This event is the last chance for teams to tune up for the 48th annual World 100 the following week (September 6-7-8th). The final appearance of the season is also the final race of the year for the series on Saturday, October 13th as part of the track’s Last Call For Them All weekend.

After the Late Model LidLifter, the Sunoco American Late Model Series heads west for the next two shows and both races will be co-sanctioned with the MARS Super Late Model Series. On Friday, May 10th, Farmer City Raceway (IL) will host the 2nd annual Farmer City 74 which will pay $10,000 to the winner. Then the next night, Saturday, May 11th, the teams venture just 40 miles south to Fairbury American Legion Speedway (IL) for the 4th annual #FALS Frenzy, which also pays a cool $10,000 to win.

For more information about the Sunoco American Late Model Series, visit the series website. You can also follow the series on all Social Media outlets on Facebook and Twitter via the DIRTcar Racing pages using the hashtag #SunocoALMS.