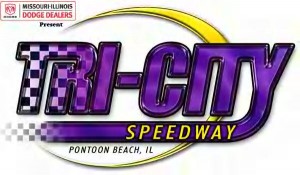 The biggest evening for the Pro Late Models will come on Friday (Oct. 2), when the ‘Bud Light 40′ UMP DIRTcar Pro Late Model Championship event offers a cool $2,500 top prize plus lap leader bonuses. The division will also compete in events paying $500 to win on Thursday night (Oct. 1) and $750 to win on Saturday night (Oct. 3).

With the 2009 UMP DIRTcar national points season ending on Oct. 4 for all divisions except the Super Late Models and Modifieds, Tri-City’s ambitious multi-day affair will include plenty of points-title drama for the Pro Late Models. Davenport, Dauderman and Dustin Griffin of Camp Point, Ill., who sits third in the national standings (101 points behind Davenport) and is the only other driver still mathematically alive for the championship, all plan to enter the three events.

Davenport, 31, is bidding to remain the only Pro Late Model national champion in UMP DIRTcar history after capturing last year’s inaugural title. He lost the points lead to Dauderman, 20, after the weekend of Sept. 11-13, but he turned his 11-point deficit into an eight-point edge the following weekend and extended his advantage to 12 points in the latest rankings for races run through Sept. 28.

Multiple scenarios are possible for Davenport and Dauderman depending on each night’s car count, which determine the number of bonus points racers can earn.

Provided that a field of 30 or more cars is signed in to give drivers the opportunity to race for the maximum 10 bonus points, Davenport will have to finish fifth or better in the first feature at Tri-City to gain points. If he accomplishes that, he would need to finish fourth or better the second night and, finally, third or better the third night in order to replace his worst points outings.

Dauderman, meanwhile, has three 65-point nights as the lowest remaining numbers on his season log, so he can erase them and gain points by finishing fourth or better in each of the features provided there is 30 or more cars on hand. He is confident of his chances considering he just won a Pro Late Model feature at Tri-City on Sept. 11.

A $10,000 points-fund check for winning the UMP DIRTcar Pro Late Model championship is the pot of gold at the end of this weekend’s rainbow for one of the drivers.

Tri-City’s fifth annual ‘Modified Mania’ gathering is headlined by three huge nights of racing for the UMP DIRTcar Modified division. A feature paying $3,000 to win and $300 to start is scheduled for Thursday, Friday and Saturday, providing an opportunity for one driver to leave the speedway with $9,000 in earnings for a sweep.

The UMP DIRTcar Super Late Models also have a $2,000-to-win A-Main scheduled on each night of the ‘Modified Mania’ program. The division’s national title contenders, leader Jason Feger of Bloomington, Ill., and two-time defending champion Dennis Erb Jr. of Carpentersville, Ill., are expected to appear at Tri-City for at least a portion of the Super Late Model tripleheader.

Racing is scheduled to begin at 7 p.m. on Thursday and Friday. On Saturday hot laps will begin at 5:45 p.m., followed by qualifying and racing.

Log on to www.dirtcar.com for more information on UMP DIRTcar Racing.

EVERY LAP MATTERS: Intercontinental Classic Points After Thursday at Eldora