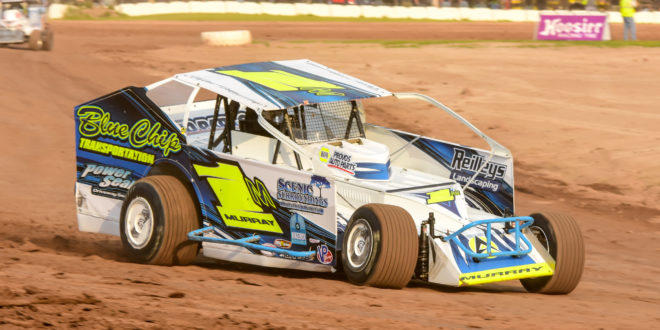 Zach Sobotka made a power move to start the race; but Tyler Murray made the ultimate move to end it.

Sealing the deal with a last-lap, last-corner slide job for the win, Murray from Hannibal, N.Y., led only one lap in Saturday’s 30-lap affair at Land of Legends Raceway; but it was the most important one.

His $1,000 victory on night five of DIRTcar OktoberFAST proved to be the most thrilling race of the week thus far in the Racing Electronics Sportsman Modified division.

Taking an unconventional route to victory lane, Murray fell back to second from pole position on the start while Sobotka stole the show with a daunting three-wide pass around the outside to go fourth-to-first on the opening lap. From there until the only stoppage of the race on lap 21, Sobotka was in a world of his own, building a massive 4.045-second at one point.

However, when the caution flew with nine laps remaining, the entire landscape of the race was changed. With Murray restarting on Sobotka’s tail, the No. 1M gave heavy chase to the No. 38S over the closing laps. It all culminated with an exciting final circuit on the Canandaigua, N.Y. half-mile.

Electing to take the outside lane which propelled him to the lead, Sobotka was the lone duck up high while Murray rolled the low line beneath him. Gaining ground down the backstretch, Murray continued to close while Sobotka left the door open entering turn three.

Heading into the final corner, Murray launched the slide job and cleared Sobotka’s nose as the duo raced out of turn four with the checkered flags waving. Sobotka gave it one last ditch effort, but it was to no avail, as Tyler Murray completed the miraculous comeback to win the fifth night of OktoberFAST in spectacular fashion.

“Zach was so fast that I honestly didn’t think we’d get back around him,” Murray candidly admitted in victory lane. “We got into lap traffic there, but then the caution came out and saved us. I started following him around the top and then started trying to diamond the corner off to get a good run going. I’m glad I didn’t’t have to touch him, that makes this even sweeter. When you surround yourself with the best of the best in the business, it makes it easier on you behind the wheel.

“We had a good car all night, but I just drove it too easy on the last lap,” Sobotka noted on his loss. “I just entered the corner wrong and he got under me. He drove a great race, but it definitely sucks losing it like that. I really didn’t want to see that caution come out.

After leading 29 and 1/2 laps, Zach Sobotka slipped back to finish in second with the most heartbreaking runner-up result of the week. Behind Murray and Sobotka’s last-lap duel was Alan Fink of Central Square, N.Y. in the third and final podium position.

DIRTcar OktoberFAST reaches an end tomorrow – Sunday, October 11 – with the sixth and final night of the week taking the Super DIRTcar Series, DIRTcar Pro Stocks, and Racing Electronics Sportsman Modifieds to New York’s Weedsport Speedway. Fans can watch Every Lap LIVE from the comfort of home via the DIRTVision FAST PASS. 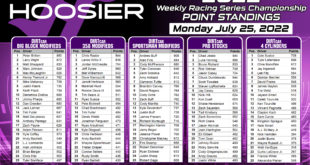 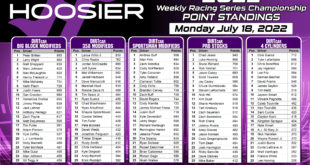 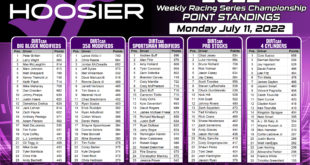