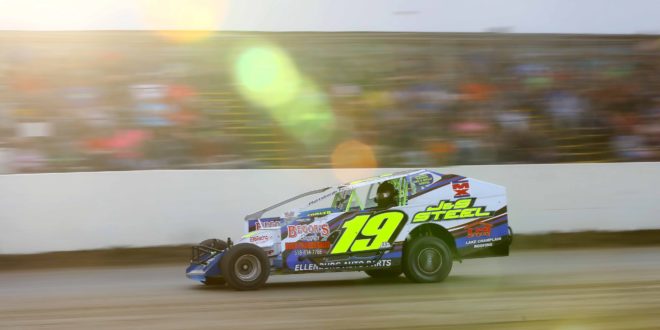 PLATTSBURGH, NY – The DIRTcar Sportsman Modified Series return to Airborne Speedway, May 1, will represent a milestone moment for veteran racer Jamy Begor. It’ll kick off his 25th year of racing at Airborne as he begins his assault on the newly formed East Region championship.

Even better, he’ll have a home-field advantage when he goes after the $1,000 top prize.

“Airborne’s been my home track for the past 25 years and we’ve had a lot of success,” Begor said. “Our last full season there we had a dominating August, winning three Features. We were able to race there a couple times in 2020 and finished second and seventh. It’s a place that we have a lot of laps around and feel comfortable there.”

Begor drives the #19 Begor’s Supply, Gioioso’s Wine & Spirits DIRTcar Sportsman Modified at Airborne Speedway and Mohawk International Raceway. The 47-year-old Mooers, NY native raced on asphalt most of his career. In 1997 he began racing street stocks and had back-to-back championships. From 1999 to 2014 he competed in the Flying Tigers division on the Airborne Speedway asphalt surface.

Then came the itch for dirt racing. 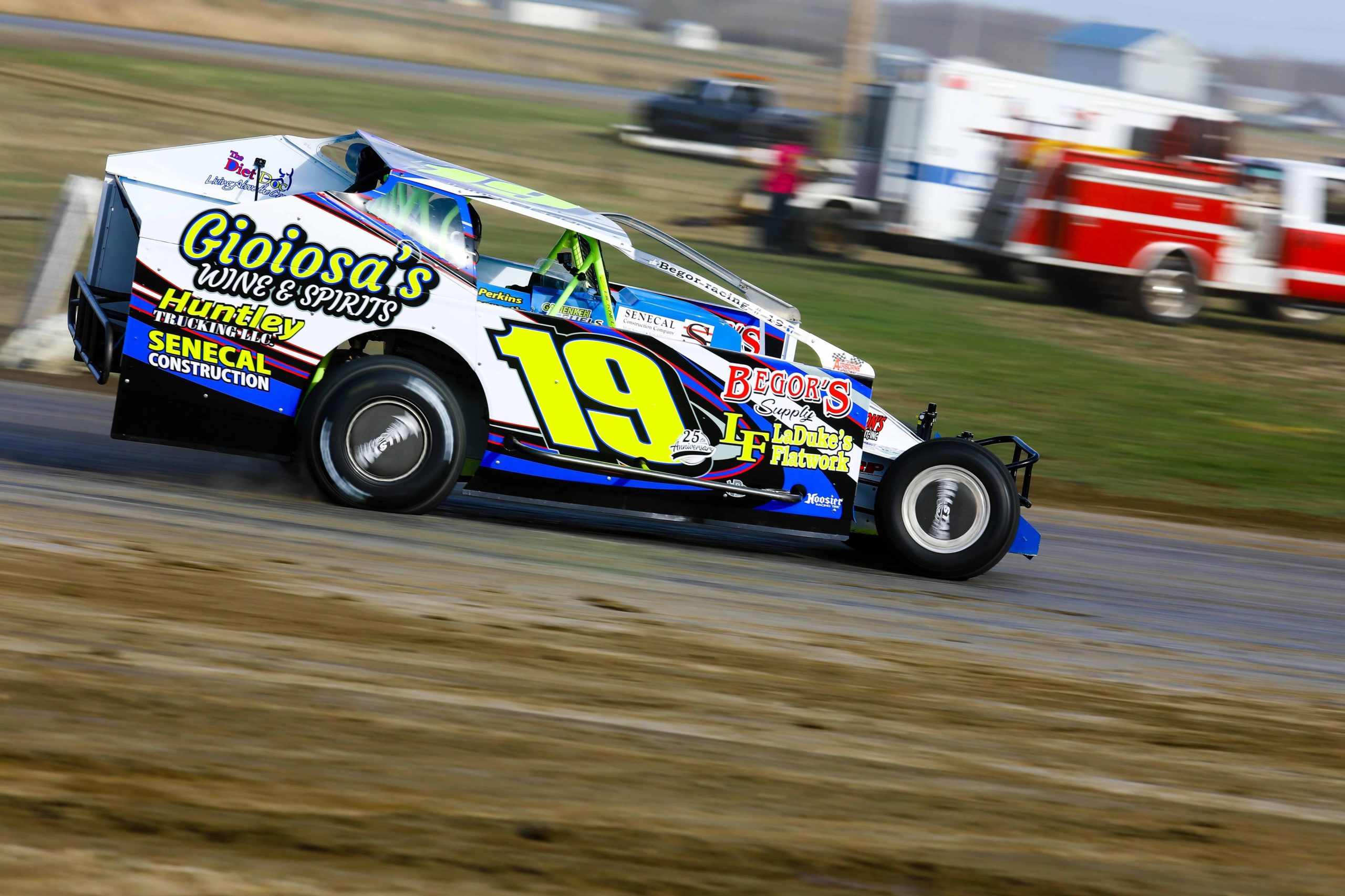 “2015 is when I started getting into modified racing,” Begor said. “I raced dirt at Mohawk on Friday nights and asphalt at Plattsburgh Saturdays. We started really liking the dirt business and the change came at Airborne and they went to dirt in 2017. It worked out well getting the experience at Mohawk.”

On April 9, Begor hauled south to Albany-Saratoga Speedway – where the East Region championship will run on Sept. 10 – for the track’s season opener with a massive car count of 59 DIRTcar Sportsman Modifieds in the pit area. It was his first time there but it didn’t show. He won his Heat Race, and finished fourth in the Feature.

“With names like Senecal Construction, J&S Steel, and Huntley Trucking on the car, I need to come out strong and I think I proved that going to a new track and having success right off the bat proves we can live up to it,” Begor said of his hot start. “A lot of people help put this car on the track too like Holly and Rod Coupal. It’s a huge team effort.” 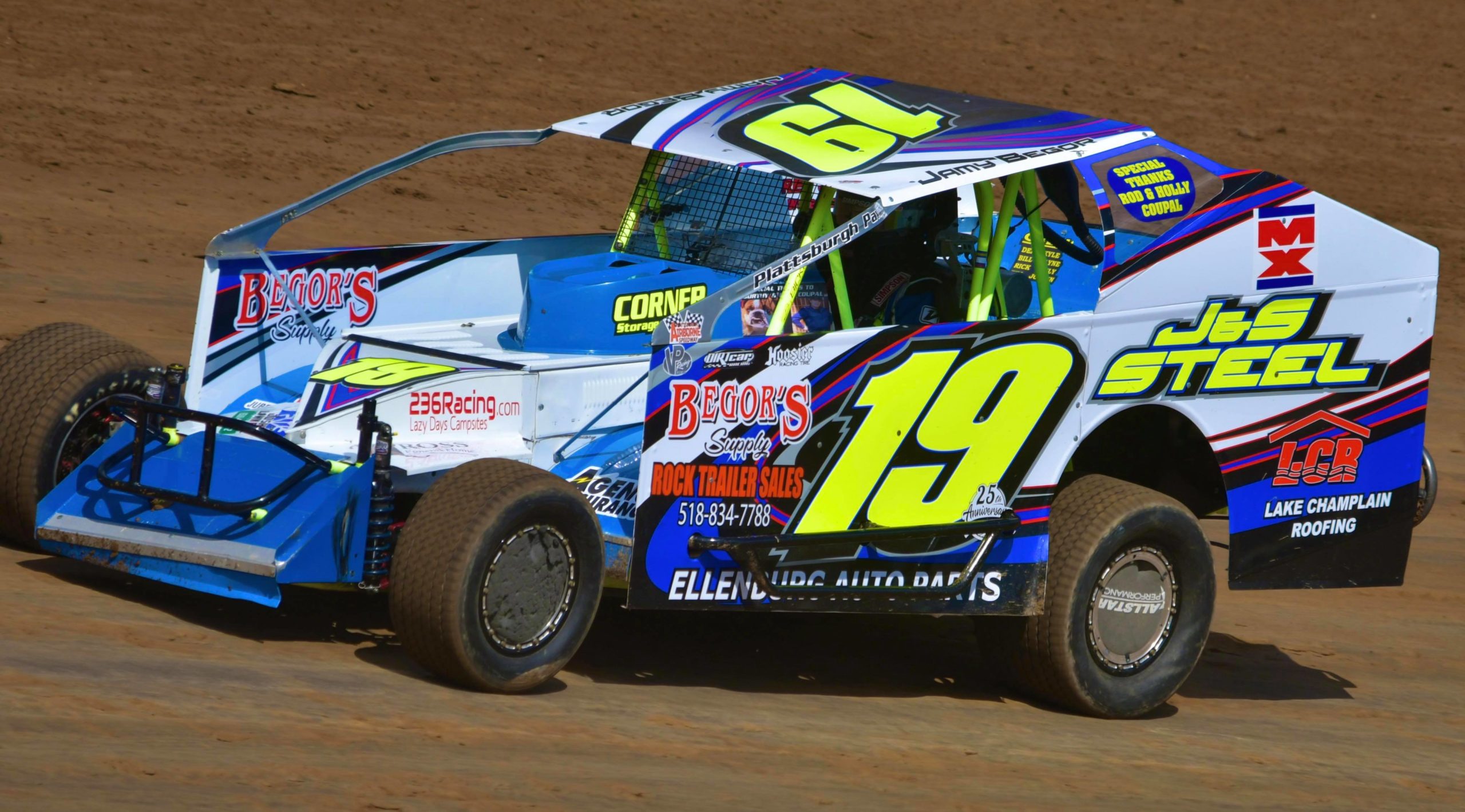 Between that early strong performance and his experience at Airborne, Begor is positioning himself as an early favorite to take the East Region championship.

Also on the card at Airborne on May 1 are the Limited Sportsman, Renegades, and Four-Cylinders. Hot Laps start at 5:00pm ET with racing at 6:00pm ET. Go to Airborne’s website for more information regarding entry.

Follow Jamy Begor Racing on Facebook to keep up with his 2021 season. We will have coverage of the Series race on Saturday, May 1 on Twitter and Facebook as well as a race report on DIRTcar.com.