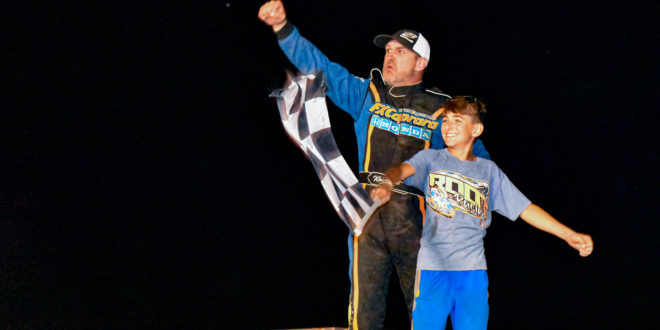 After moving up to the lead from 8th, Root held off a storming Matt Janczuk and Alan Fink in the 30-lap DIRTcar Sportsman Modified Series Feature at Can-Am Speedway

LAFARGVILLE, NY – Kevin Root could not be denied the 30-lap DIRTcar Sportsman Modified Series: Central Region tour stop at Can-Am Speedway. Root timed the no. 34 fastest overall in Timed Hot Laps, won his Heat Race but redrew the 8th starting position setting him back farther in the field than the defending Series champion wanted.

At the drop of the green flag, it was anyone’s race out of the top 12. This year’s Series winner at Utica-Rome Matt Janczuk jumped out into a healthy lead in the early going but Will Shields in the iconic blue and white no. 82 had no intention of letting him go. 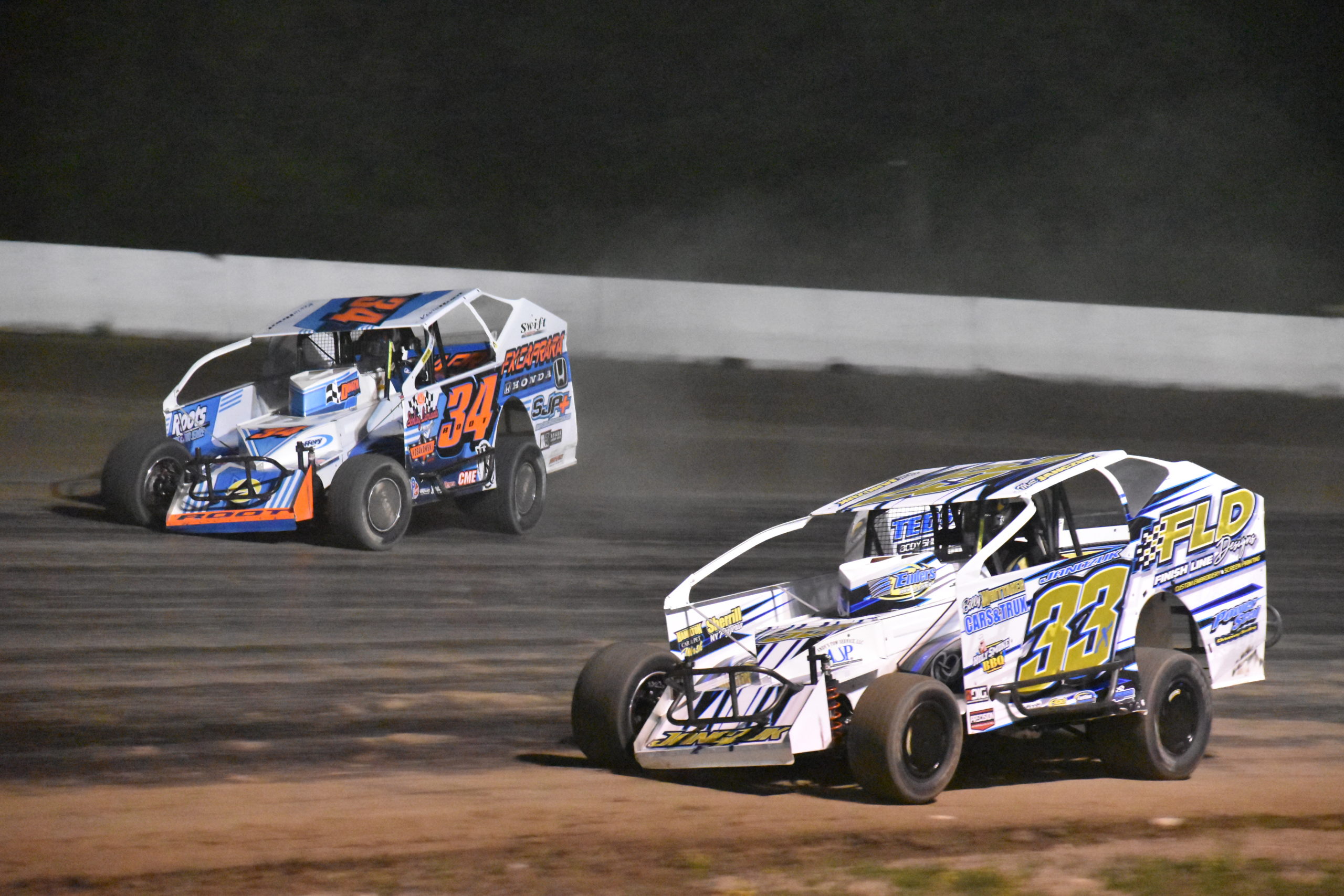 Shields appeared faster and caught Janczuk in turns 3 and 4 but Janczuk shut the door so hard that Shields was unable to avoid making contact. Shields received a flat tire for his trouble and was forced to restart from the back of the pack.

On what would be the only restart of the entire race, Root ripped the topside cushion and motored into 3rd place. Then Root caught Chris Mackey on the top and swept by for second with only Janczuk left in his sights.

Root and Janczuk raced furiously, side-by-side for the lead but Root was just too much for the no. 33x machine. 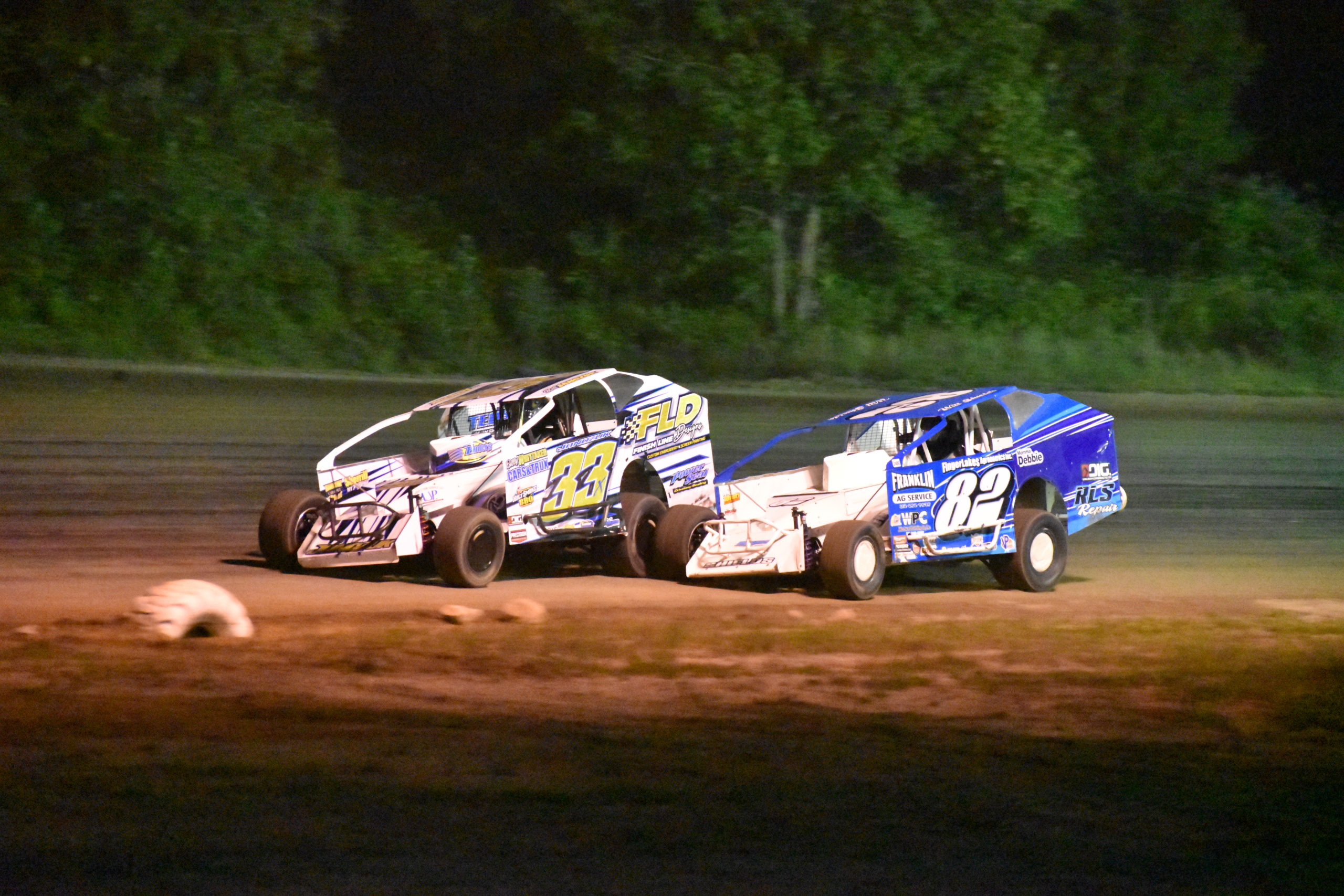 The win for Root ties him with Matt Sheppard, Kyle Inman, and Tim Dwyer on the all-time wins list. He also joins Matt Butler, Steve Hall, and Joe Williams as multi-time Series winners at Can-Am Speedway.

“I’ve never had the left front so high in the air,” Root said in shock. “Scott Jefferies is one smart guy. He had me change this up and when I went out there I thought I was going to flip this thing.”

As it turned out, not only did Root avoid flipping, but he parked his no. 34 in Victory Lane.

“It’s awesome to see all the fans back,” said Root saluting the fans. “I’m glad to be back there and congratulations to Tyler Barlett for putting this on.” 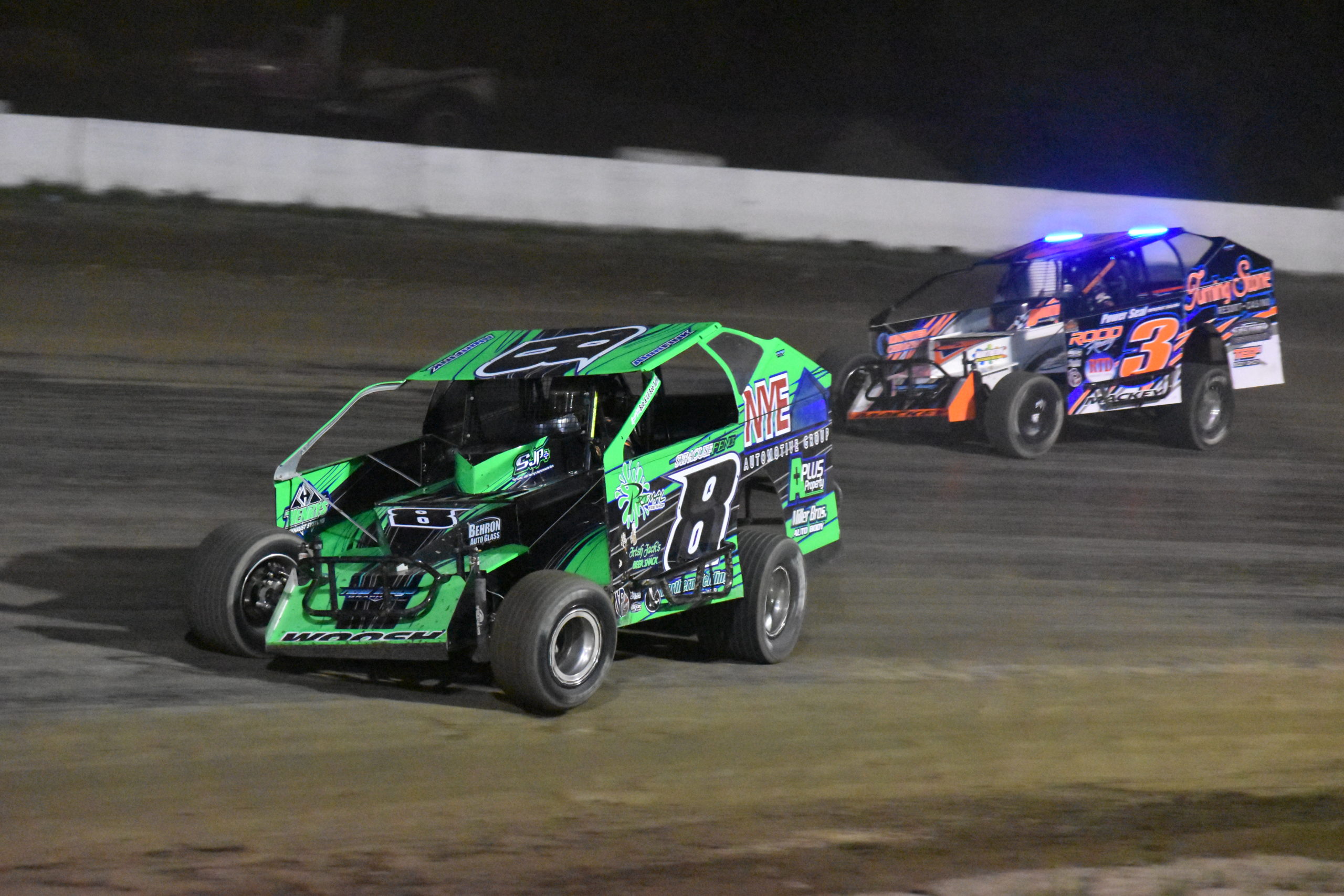 Pole-sitter and runner-up Matt Janczuk wasn’t broken up about the podium finish.

“We’ll take 2nd. Kevin Root is a heck of a competitor,” Janczuk said. “I was a sitting duck up there in front not knowing where to go. I knew the top was fast but by the time I got there it was too late.”

For Janczuk, the 30-lap Feature turned into a race to the top side.

“We were good. Once Root got around me it took me a few laps to get the top figured out and we were able to hang with him,” Janczuk commented.  “It was a matter of who got there first. Root had a good car and started a bit farther back than I did.” 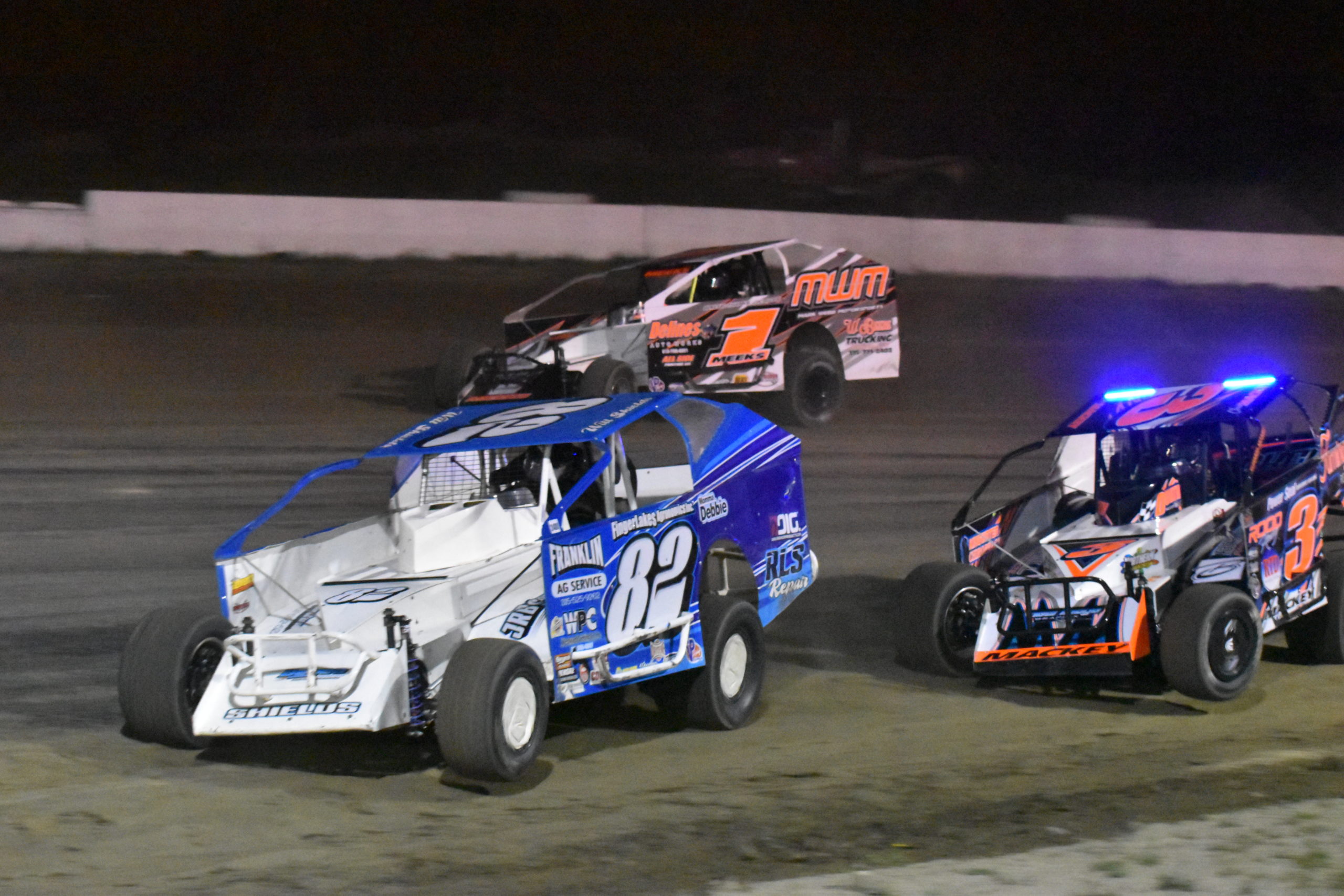 Rounding out the podium was Alan Fink who drove to 3rd from the 7th starting position. Fink and his team are also experimenting with new suspension setups.

“We had a pretty good car. Lapped traffic was tough to get through. I was able to get to Janczuk’s bumper. We’re pretty happy. We switched over to all this coil stuff and we are still learning,” said Fink. “I  was searching all over the top and bottom. You gotta go where they are not. We made the best of it and finished 3rd behind the 2 hottest drivers out of all the cars here.”

The next DIRTcar Sportsman Modified Series: Central Region race is at Thunder Mountain Speedway in Center Lisle, NY on August 4.