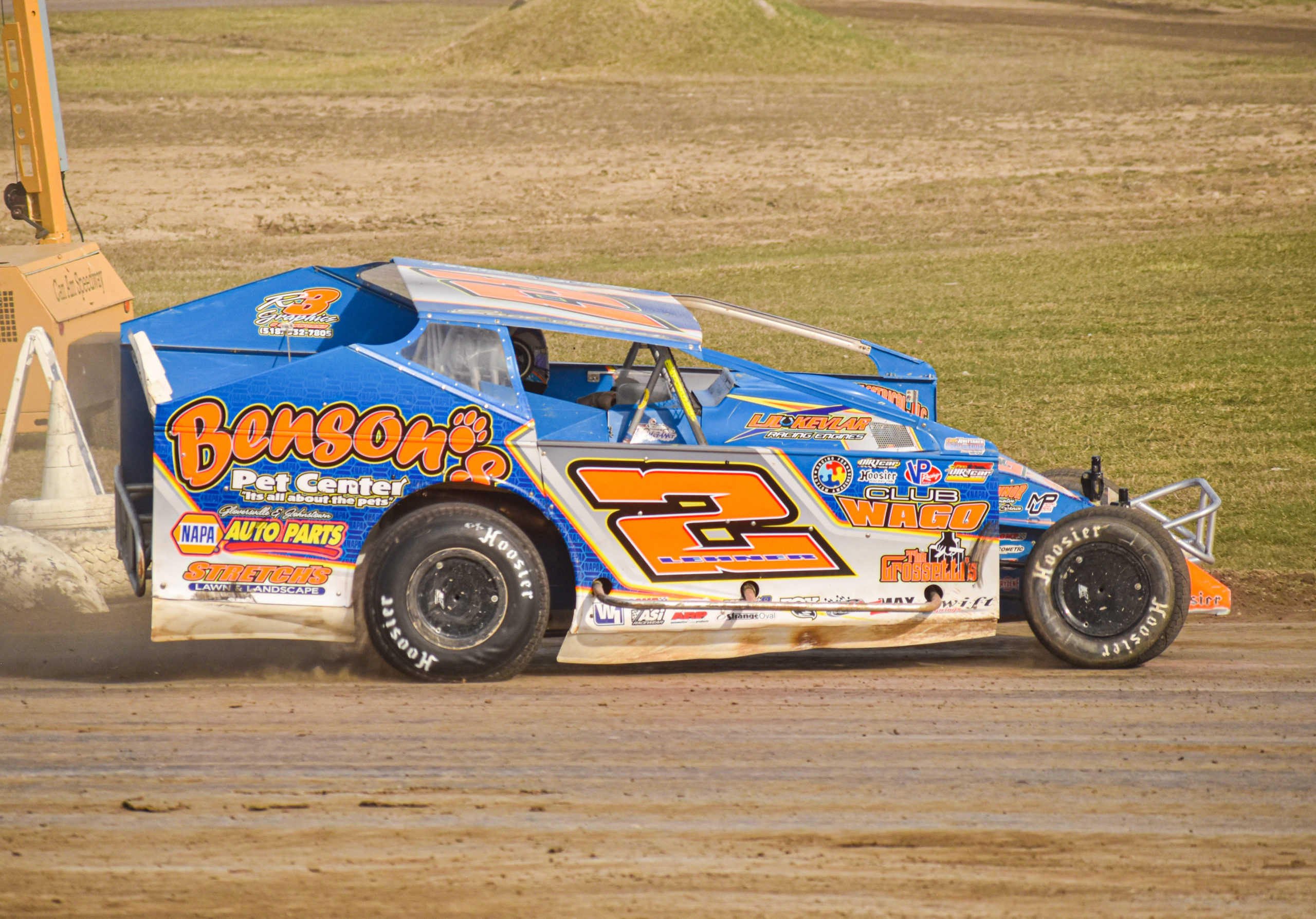 JACK OF ALL TRADES: Series Standout Jack Lehner is Deciding His Own Destiny by Racing, Working, and Going to School Full-Time

Where is the young talent? Where are the hard-working drivers putting their own Big Blocks on the track? If that’s what you are looking for in a racer, The Ginja Ninja fits the bill. Lehner, the 22-year-old pilot of the cool blue #2L Super DIRTcar Series Big Block Modified, is now in his second full-time effort in the Super DIRTcar Series.

While making 47 Series starts, including four top-10s and one top-five against the premier dirt modified drivers in the Northeast, he worked and went to school. And during downtime in 2020, he taught himself to build modified bodies. “I got all the stuff I need to build body panels now,” Lehner said. “It helps cut down on my own racing costs plus I can sell to racers. I spent a winter working at DKM and they taught me the process of fabricating for race cars, that’s how I got the idea to do it. When COVID hit, racing slowed down quite a bit so I started building bodies. It really kind of took off from there.”

Hard work has paid off on the business side and now results are coming in on the box scores.

In 2019, Lehner had a heartbreaker at Brockville Ontario Speedway. He put in a fast Time Trial lap, finished second in his Heat Race, and drew the pole for the 100-lap Feature. The #2L then led past the halfway point but seven-time Series champion Matt Sheppard jumped him on a restart to grab the lead. Lehner crossed the finish line fifth which was his best Series finish.

It’s close shaves with glory in Victory Lane that drives Lehner to keep building his program.

“The business is growing,” Lehner said. “It’s out of hand right now. I can’t keep up. I had to stop advertising. I am three or four weeks out right now. Once I am out of school it will give me more time to focus on that. Maybe It’s something I’ll take to the next level. I’m not really sure yet. I’m also a senior in marketing major about to graduate this semester plus I still work at the family-owned NAPA Auto Parts store whenever I can.”

Lehner carries his NAPA Auto Parts sponsorship along with him for the Hoosier Racing Tire Weekly Championship Weekly at Albany-Saratoga Speedway every Friday night in addition to the Series tour. He finished sixth in the 2020 points standings behind the likes of Anthony Perrego, Stewart Friesen, Danny Johnson, and track championship Mike Mahaney.

Lehner was too young to take on the New York State Fairgrounds mile track. His test comes at Bristol Motor Speedway Thursday to Saturday, April 22-24.

“I am looking forward to hitting the track at Bristol,” Lehner said. “I can’t wait to see how it races. It could be a once-in-a-lifetime deal but we’ll see what the future holds. It’s definitely cool to be racing there but I don’t race because it’s cool, we race for good results.”

The World of Outlaws Bristol Throwdown is the grand finale for Bristol Motor Speedway’s 2021 dirt surface. The World of Outlaws Morton Buildings Late Model Series and the UMP Modifieds put on memorable shows on the Tennessee high-banks two weeks ago. Now, the Big Blocks and Sprint Cars will take their turn.

“From watching videos and talking to some of the late model and UMP Modified guys that ran down there, we know it’s going to be a little bit a tire game,” Lehner noted. “Obviously, their tires and cars are very different, but we can get a little bit of an idea of what it’s going to be like.”

Lehner is excited to test his fabrication skills aginast the high speeds of Bristol.

“Air is going to be a big thing,” he said. “It’s going to make a difference. That’s good for me building bodies because maybe I can do a few things that I think will be better for a track like that. I think we will see some stuff that you might have seen at Syracuse. We’ll be doing things a little differently because it’s a different animal.”

Lehner and all the Series starts are in action at Bristol Motor Speedway this weekend. If you can’t make it to the track be sure to pick up your FAST PASS on DIRTVision for all the action.