Phillips on a roll, sweeps the weekend

Eldon, MO (August 7, 2010) – Terry Phillips of Springfield, MO leads all 35 laps at Lake Ozark Speedway in Eldon, MO and sweeps the weekend with the MARS / UMP Challenge. Phillips picks up $3,000 for his efforts and records his series best seventh feature win of the 2010 season.

Phillips had the field covered with his only serious challenge coming from Mark Burgtorf of Quincy, IL. Burgtorf started outside of row two, but used a series of restarts to quickly work his way up to the leader. Burgtorf then used the high side of turns three and four to catch Phillips, but Phillips would hold his line and hold off the repeated attempts by Burgtorf. Mark Burgtorf would finish second.

After starting eighth, Brandon McCormick of Lebanon, MO finished third and recorded his best finish of the year with the MARS series. Al Purkey of Coffeyville, KS started the evening on just seven cylinders, but raced his way from his thirteenth starting position to fourth.

Jeremy Payne of Springfield, MO ran second to Phillips for the first half of the race, but would jump the cushion in turn two, allowing McCormick and Purkey to go by. Payne would try several times to regain the lost positions, but settled for fifth.

More information on the MARS DIRTcar Series and be found at www.marsracingseries.com 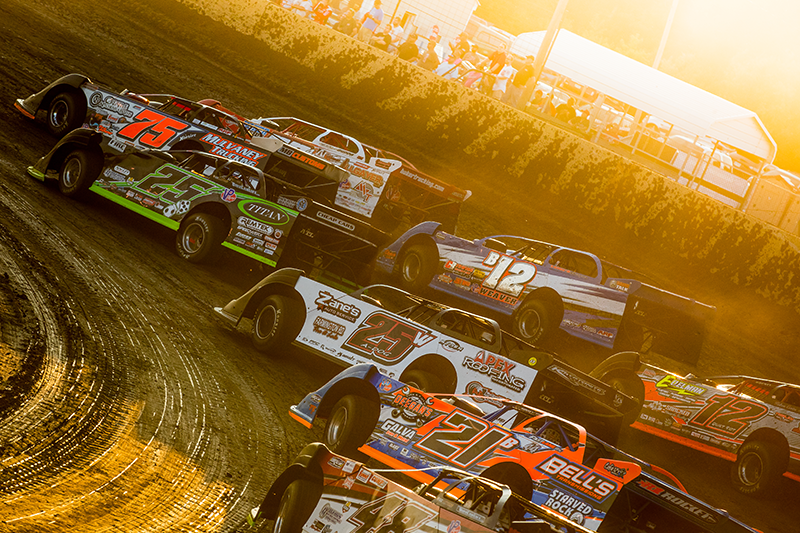