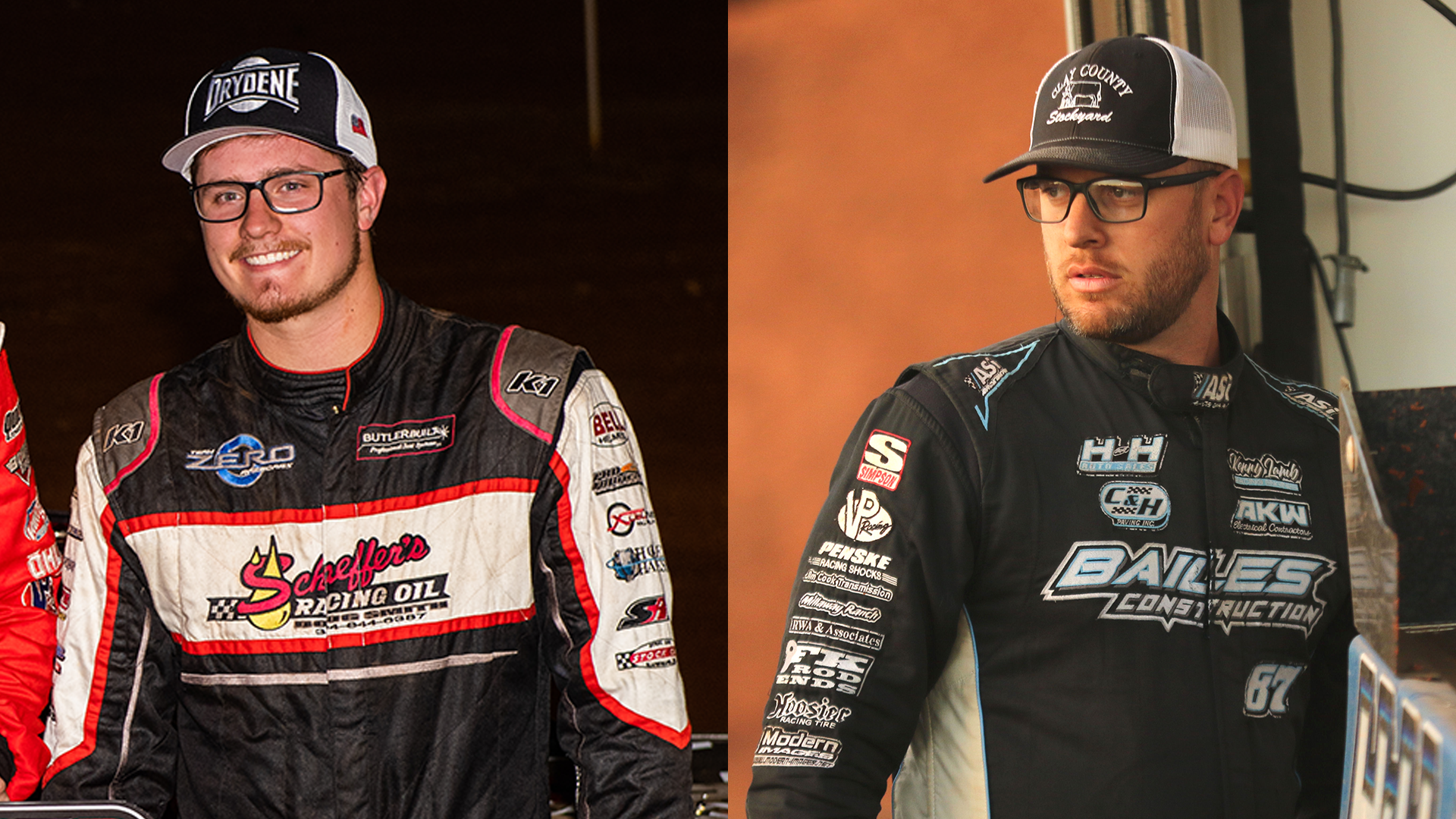 With just four races remaining on the schedule, the chase for the 2021-22 Drydene Xtreme DIRTcar Series championship has come alive, and it’s a classic battle of rookie-versus-veteran.

In one week’s time, the winter Super Late Model tour heads to South Carolina for a pair of races on Sat-Sun, Jan. 15-16. Lake View Motor Speedway and Cherokee Speedway will see the return of points leader Ross Bailes, who has Xtreme Series wins at both venues, as well as Super Late Model rookie Carson Ferguson.

Bailes leads Ferguson by only eight points in the standings after the first three races, which amounts to a small handful of Feature positions. Third-place Ben Watkins is 13 points out of the lead and has also shown his championship potential with two top-five finishes in three starts.

After a runner-up finish to inaugural champion Chris Madden in the 2019-20 season, Bailes knew this would, one year, be his championship trophy to hoist. This season might just be the one.

“I feel like we’re deserving of it,” Bailes, of Clover, SC, said. “It’s our time to get one under our belt. But it’s not going to be an easy task; those guys are loaded for bear just like we are.”

He and the team started out strong, leading all 50 laps of the Palmetto State 50 to taste victory in the season opener at Lancaster Motor Speedway. Though he did finish seventh the following day in the Blue Gray 100 at Cherokee and a strong runner-up at I-75 Raceway in December, he feels he left valuable championship points on the table in those races.

“That was big,” Bailes said of the importance of his win at Lancaster. “It would have been really big to get the other two, and I feel like I had a legit shot at both of them. At Cherokee, we led 70-something laps, and at I-75 we led all but the last two. That was a hard pill to swallow, not getting those wins.”

In his career, Bailes has piloted a few of the Southeast’s best Super Late Model rides – most notably the Cowpens, SC-based Barry Wright Race Cars house chassis in two separate stints. At intermittent intervals over the past three seasons, Bailes has piloted the familiar blue-black #79 Longhorn Chassis, backed by former racer Billy Hicks. Together, they’ve won many races around the Southeast, and are now eyeing their first championship.

“He knows that I’m gonna give it 100 percent every time I go to the track,” Bailes said of driving for Hicks. “If we don’t win, he gets it. He’s not like, ‘why didn’t you win?’ He takes it on the chin, and we work to try and figure out how we can improve ourselves.”

With all the rising Super Late Model talent in the Southeast, none have made a bigger splash on the scene over the past few months than 21-year-old Carson Ferguson. The former full-time Crate racer from Lincolnton, NC, turned the heads of everyone in the pit area in the season opener, when he drove all the way from 15th on the starting grid to a fourth-place finish on the big, half-mile of Lancaster in his Super Late Model debut.

Backed by the resources of national championship-winning Late Model team owners Donald and Gena Bradsher and expertise of shock builder Wesley Page, Ferguson went on to another fourth-place run in the Blue Gray 100 at Cherokee before bagging a third-place from ninth at I-75 last month.

He has only three Super Late Model starts under his belt, boasting an average finish of 3.7. That’s an outstanding statistic, considering the talent and experience of his opponents over those races, but he’s not letting that go to his head.

“Trying to find Victory Lane and be as consistent as we can is our main goal right now,” Ferguson said. “Being able to finish top-three… we’re just trying to finish races, really.”

And finish races he has. Among the 22 that started, Ferguson was one of two drivers to finish all 100 laps of the Blue Gray on a single set of tires, showing he and the team’s ability to conserve and strategize.

“At Cherokee, just being able to make all 100 laps, and being the only one to do it [on one set of tires] with Chris Madden was a big confidence booster for me and the team,” Ferguson said.

As a former Crate Late Model racer, there’s been a learning curve in moving up to the Super ranks. You wouldn’t know it by watching him, but Ferguson said he’s certainly noticed it in the seat and has been using it to his advantage.

“There’s the Crate side of things; it’s so hard to pass in a Crate car,” he said. “I used to watch [Brandon] Overton all year before I was able to get in a Super, and I didn’t understand how he could be so patient.

“Just having the extra horsepower to [use] whenever you hit the moisture on the track, it’s a lot easier to get around somebody whenever they miss it.”

Winning the Xtreme Series championship in his first attempt could be the giant spark Ferguson needs to jumpstart his Super Late Model career. Though he knows the stiff competition he’s up against has the experience, he also knows he and his team are up to the challenge.

“Ross [Bailes] has got a lot of experience, and he and [Billy] Hicks are really good paired-up together,” Ferguson said. “I definitely won’t be sad for second in points, but we’re always going to go into it looking for the win. We’re not going to run second; we’re going to win.”

Don’t miss the two points leaders in action with the rest of the Drydene Xtreme DIRTcar Series regulars next weekend, at the track or live on DIRTVision. 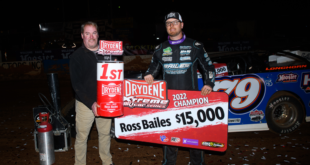 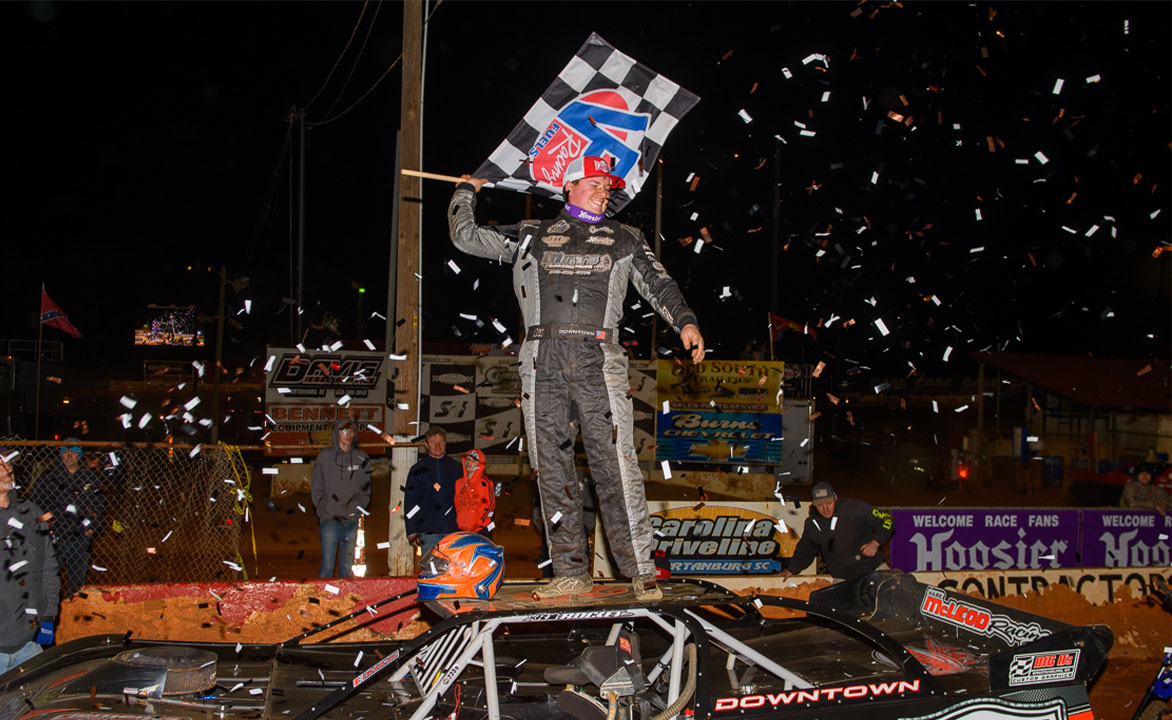 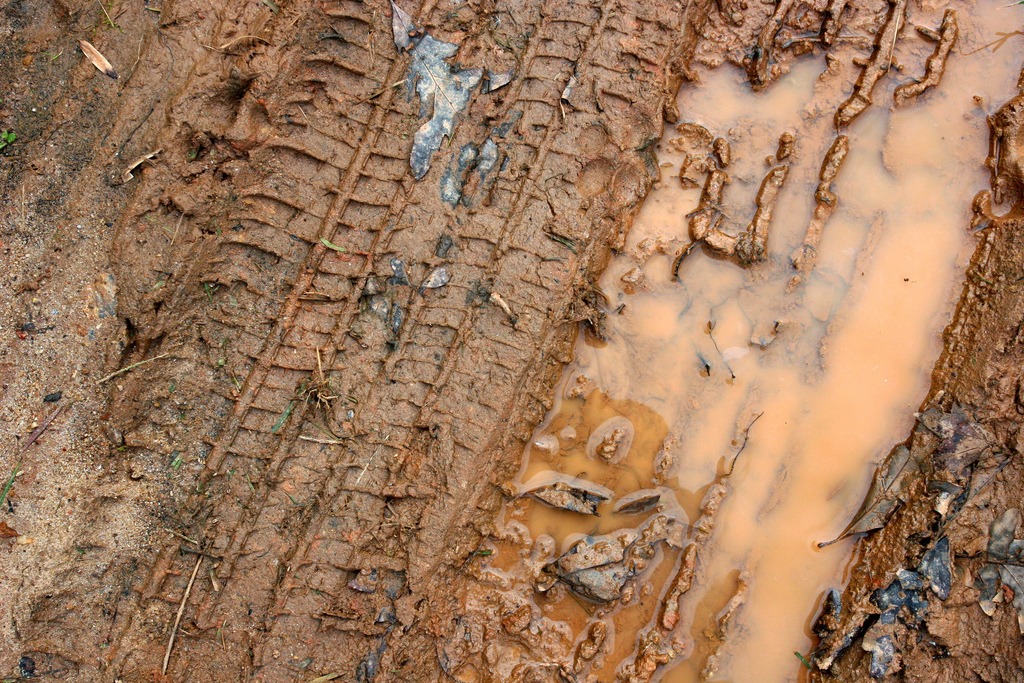