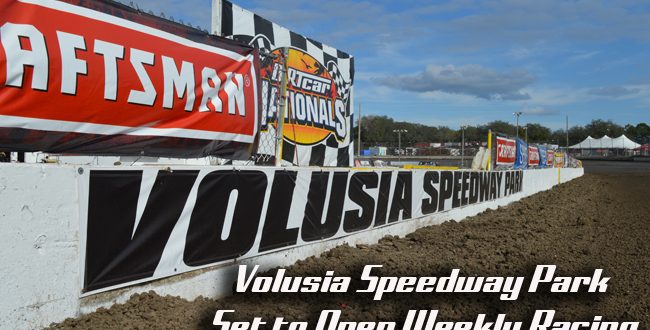 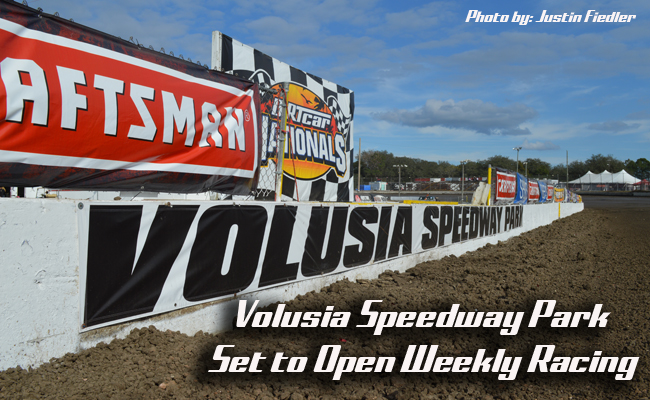 John Allen takes over as Weekly Operations Promoter for the 2017 season
CONCORD, N.C. – February 3, 2017 – DIRTcar Racing announced today that John Allen has taken over as the Weekly Operations Promoter at Volusia Speedway Park in advance of the 2017 season. Weekly racing will commence on March 12 and run through the first week of December.
Allen, a 45-year-old DeLeon Springs, Florida resident, is no stranger to Volusia Speedway Park, having spent many nights at the track with his father, who was a security guard at the track in the 1970s. Over the last three season, Allen had sponsored the track with his successful business, Allen Plumbing.
Allen has many aspirations with the speedway, including rebuilding the track’s prominence in Central Florida and putting fans back in the seats.
The DeLeon Spring speedway is a half-mile, clay oval, often referred to as the “World’s Fastest Half-Mile.” Though its name, size and style have changed throughout the years, it has consistently operated as a weekly race track.
“For me, the Speedway is my joy – to bring all these drivers and fans together,” said John Allen. “A lot of people come out of the wood-work to help out, which is huge. We try to help out the local community and just bring everyone together. I get joy out of giving people somewhere to go on a Saturday night.”
Volusia Speedway Park hosts the biggest event in DIRTcar racing, the DIRTcar Nationals. This annual race kicks off the 2017 season for the World of Outlaws Craftsman® Sprint Car Series, World of Outlaws Craftsman Late Model Series, Super DIRTcar Series Big-Block Modifieds, DIRTcar Late Models, DIRTcar UMP Modifieds and All Star Circuit.
Weekly racing at the Florida short track will begin soon after DIRTcar Nationals with the All Star National Flat Track Series on March 12. Additionally, the track will host a headline event the following week on March 18 with a $2,000-to-win Late Model race.
Volusia Speedway Park is home to of some of the biggest paydays for short track racing. Two of the largest paydays at the track include the Ironman Weekend on May 19-20 with a $10,000-to-win Thunderstocks Ironman 100, and the Powell Memorial on June 3 with a $5,000-to-win Late Model race.
A Fourth of July celebration will begin on July 2, featuring a number of big dollar races, including $2,500 for the Modifieds, a $2,000-to-win Hobby Stock race, $1,500 to the winner of the Thunderstocks, and $500 for the Gladiators.
The annual Fall Brawl, on Oct. 28, will be the final points race of the season. The 2017 weekly campaign will come to a close on Dec. 2.
For more information about Volusia Speedway Park and to see the full schedule events visit VolusiaSpeedwayPark.com.
Share