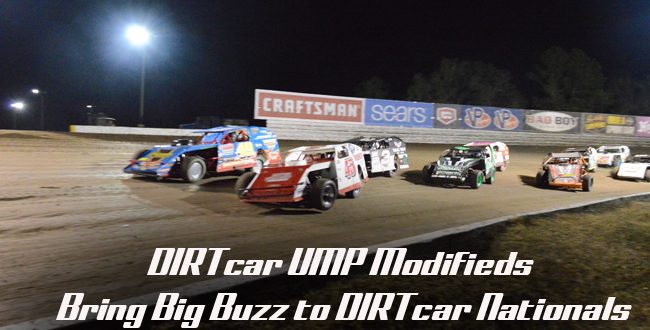 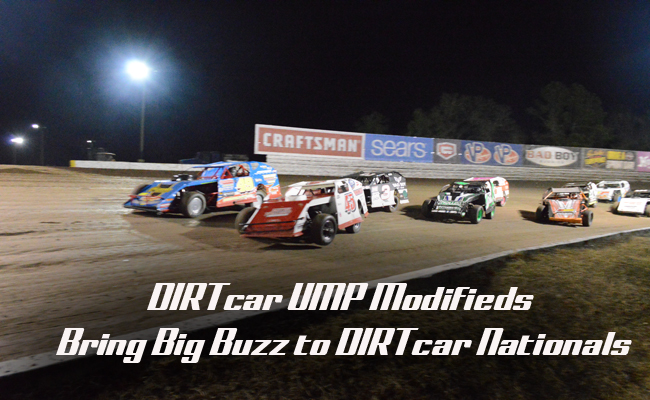 The 2017 DIRTcar UMP Modified season gets underway for drivers from across the United States and Canada this month in the Sunshine State. The annual Florida Tour takes drivers to three different Florida tracks this month, culminating in eight straight nights of competition at the DIRTcar Nationals at Volusia Speedway Park.

Following four nights at North Florida Raceway and another four at East Bay Raceway Park, UMP Modified drivers have converged on Volusia for a shot at the Big Gator trophy as DIRTcar Nationals champion, and there’s no shortage of heavy-hitters seeking one of racing’s most unique prizes.

Over the past five editions of the DIRTcar Nationals, two drivers have dominated the highly competitive division at Volusia. Since 2012, Nick Hoffman and Ty Dillon have each found victory lane seven times. Both drivers have claimed the Big Gator trophy twice during the same time period, with Hoffman earning the title in each of the past two seasons.

Austin Dillon is third on the wins list at Volusia over the past five seasons with five, while former NASCAR regular Kenny Wallace has made the DIRTcar UMP Modified division his home over the last decade. He is the only other driver with multiple wins at Volusia since 2012, with three. A total 19 other drivers have a single victory.

Crofton, KY native Trent Young is among the top contenders to steal the Big Gator from Hoffman’s grasp. Young finished third in the UMP Modified national standings and won the Deep South and South Regions in 2016. Young claimed a victory while finishing sixth in the overall points chase at last year’s DIRTcar Nationals.

Ray Bollinger of Kewanee, Ill. also earned his first Gator trophy with a win at last year’s DIRTcar Nationals. Bollinger was one of the busiest UMP Modified drivers in the country last season with over 80 starts to his name and will begin a new campaign in Florida once again. Bollinger finished the 2016 season sixth in national points and third in the Summit Modified Nationals last summer.

Hawkins, should he make his third straight trip to Volusia, will also be a tough customer. He’ll benefit from some leftover momentum from his DIRTcar Fall Nationals win last October at Eldora Speedway against over 100 of the division’s best.

A number of current and former NASCAR national series drivers return to their short track roots in the DIRTcar UMP Modified division during February when the racing world has its focus on Florida. In addition to Kenny Wallace, Ken Schrader is a tough challenger in a Modified who earned a Big Gator trophy most recently in 2013 and claimed four DIRTcar UMP Modified victories last year.

David Stremme is also on the list of confirmed entrants for the DIRTcar Nationals. Stremme scored a Volusia win in 2015 and has jumped into the Modified world with both feet as the builder of Lethal Chassis. NASCAR XFINITY Series wheelman Justin Allgaier will compete as well and looks to pick up a checkered flag for the second season in a row. Allgaier earned a win in one of three Triple 20s on the final night of action at last year’s event.

With an all-star roster set to tackle the DIRTcar Nationals again this year, fans can expect the same level of competition that has brought them 23 different winners over the last five seasons.

Visit www.DIRTcar.com for the latest news and information surrounding the DIRTcar UMP Modifieds.