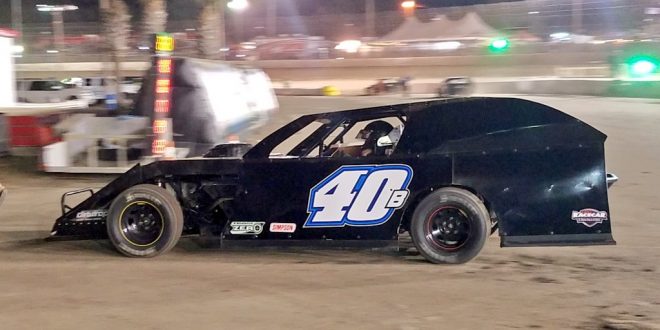 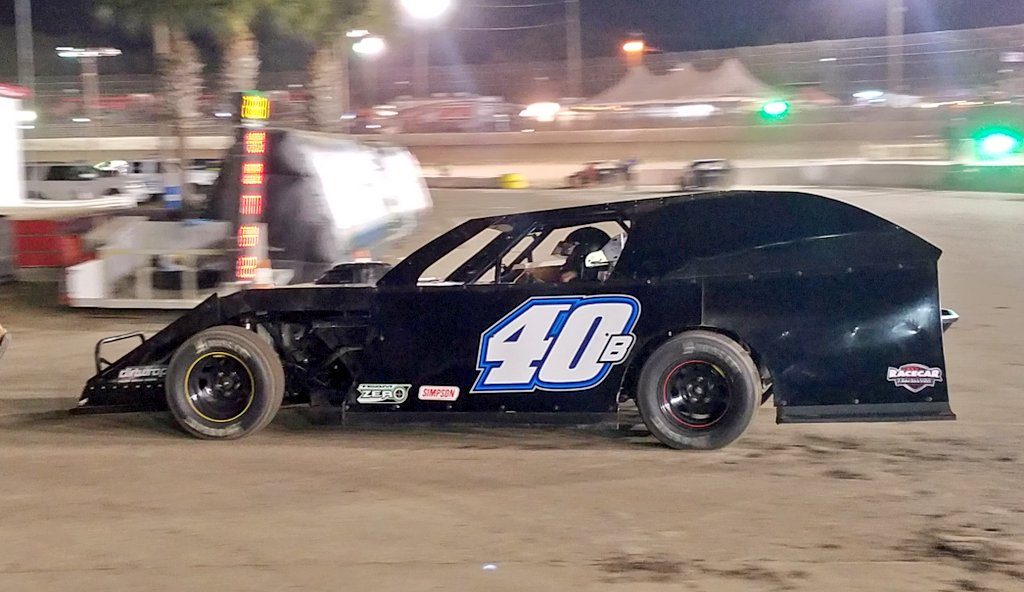 DELEON SPRINGS, FL — Feb. 9, 2019 — The DIRTcar UMP Modifieds were to race in the first of two Big Gator Championship Qualifier Nights on Saturday, February 9 at Volusia Speedway Park. It was to be Night #5 of the 48th annual DIRTcar Nationals for the Ironmen of the DIRTcar Nationals. Half of the 104 teams that had competed in the DIRTcar Nationals through the first four nights got through their Heat Races with threatening skies all around the half-mile high-banked dirt oval in DeLeon Springs, FL.

As post-race ceremonies were happening on the front stretch at the conclusion of the World of Outlaw NOS Energy Drink Sprint Car Series Feature, Mother Nature made her second appearance of the night. Unfortunately, enough moisture had fallen and continued to drench the facility, forcing DIRTcar Racing & DIRTcar Nationals Officials to postpone the two Last Chance Showdowns and Feature for the DIRTcar UMP Modifieds to Monday, February 11.

Prior to, and in between rain delays, Lucas Lee scored his first Fast Qualifier award of the week with an 18.358 = 98.050mph, and he won his Heat Race. Ryan Fowler, Brandon Green and David Stremme picked up the other Heat Race triumphs. In the Redraw of the Heat Race winners, Stremme and Lee drew the front row, with Fowler and Green drawing the third and fourth spots.

The second half of the field, those who did not participate on Saturday night, will take over for the second (now first) Big Gator Championship Qualifier Night on Sunday, February 10. The World of Outlaws NOS Energy Drink Sprint Car Series will race in their final night at Volusia also on Sunday to complete Sprint Car Week and crown the first 2019 Big Gator Champion.

For more information about the remaining seven nights of the 48th annual DIRTcar Nationals and to order tickets, please call: 1 (844) DIRT-TIX or visit dirtcarnationals.com 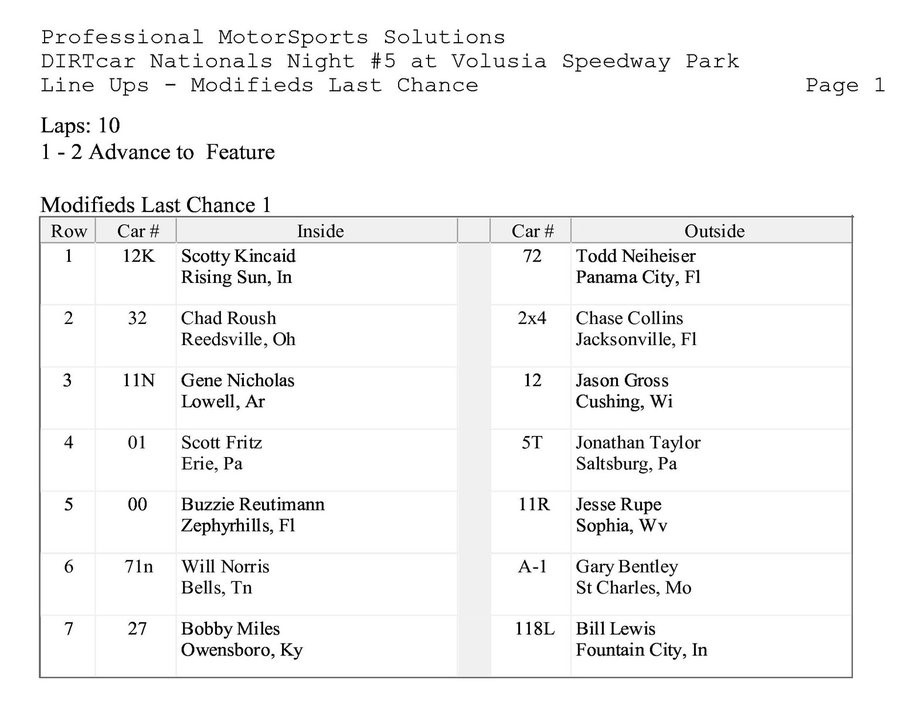