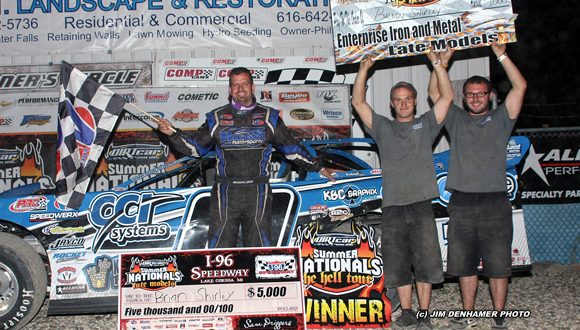 CONCORD, NC — March 19, 2018 — A final adjustment to the 33rd Annual DIRTcar Summer Nationals schedule was put into place with the addition of the I-96 Speedway on Thursday, July 12th. The DIRTcar Super Late Models and UMP Modifieds will wrap up their Michigan swing with a date at the 4/10-mile (0.400) high-banked dirt oval located east of Grand Rapids in Lake Odessa, MI. This event will be the first appearance at I-96 for the Summer Nationals and Summit Modified Nationals since the 2014 season. 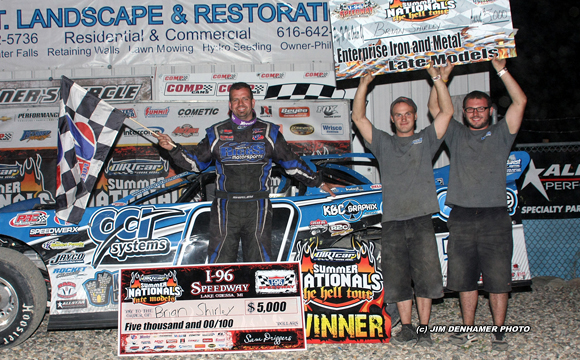 The Summit Racing Equipment Modified Nationals have made four appearances in Lake Odessa, MI, with Jacob Poel, from nearby Spring Lake, MI, scoring three of those wins, the most recent in 2014. Poel, who has 10 career Summit Modified Nationals Feature wins overall, good for fifth all-time, also picked up victories at his home track back in 2011 and 2012. DIRTcar Super Late Model standout Dona Marcoullier briefly stopped Poel’s dominance with a Feature win in 2013 in a rare appearance behind the wheel of a DIRTcar UMP Modified.

The I-96 date will serve as the middle round of Champions Week, which rounds out the 2018 DIRTcar Summer Nationals Hell Tour schedule for the DIRTcar Super Late Models. For the first time since July 4, 2000, and for only the second time ever, Shadyhill Speedway in Medaryville, IN will kick off Champions Week on Tuesday, July 10. The next night, Thunderbird Raceway in Muskegon, MI will try again to host its first-ever Summer Nationals event on Wednesday, July 11. In 2017, the originally scheduled first-ever DIRTcar Summer Nationals race at the 1/3-mile semi-banked dirt circle located along the Lake Michigan shoreline was rained out.

After the I-96 event, the 33rd Annual DIRTcar Summer Nationals tour concludes with the traditional doubleheader weekend in the Buckeye State, at Oakshade Raceway in Wauseon, OH on Friday-Saturday, July 13-14. After going for a $5,000 payday on Friday, the track’s annual Birthday Race the next night will pay $10,000 to win and crown the 2018 DIRTcar Summer Nationals Hell Tour Champion.

The DIRTcar Summer Nationals tour will embark on its 33rd straight year of competition in 2018. In just 32 days, the premier drivers and teams within the DIRTcar Racing Late Model ranks will race in 28 events spread out over seven states, vying for almost $200,000 in first-place prize money over the marathon five weeks of competition. A minimum of $5,000 to win is on the line each night, with nine of those events paying $10,000 to win. Additionally, each week’s points champion will receive a bonus $2,000, while the 2018 Summer Nationals Champion receives a whopping $25,000.

After the two days at Oakshade, the DIRTcar UMP Modifieds will conclude their own version of the Hell Tour with five additional events held as part of the 29th Annual Prairie Dirt Classic at Fairbury American Legion Speedway (IL) on Friday-Saturday, July 27-28th. The top Modified drivers in the country will chase after a minimum of $1,000 to win each night and a $5,000 prize for winning the 2018 Summit Racing Equipment Modified Nationals Title.

See the full schedule and find more information about the 2018 DIRTcar Summer Nationals, visit thehelltour.com. Follow the tour throughout the off-season and into race month on both Facebook and Twitter for the very latest updates. The DIRTcar Super Late Models will be joined by the DIRTcar UMP Modifieds as the Summit Racing Equipment Modified Nationals runs parallel to the DIRTcar Summer Nationals. Information on the Modifieds can be found at modifiednationals.com. 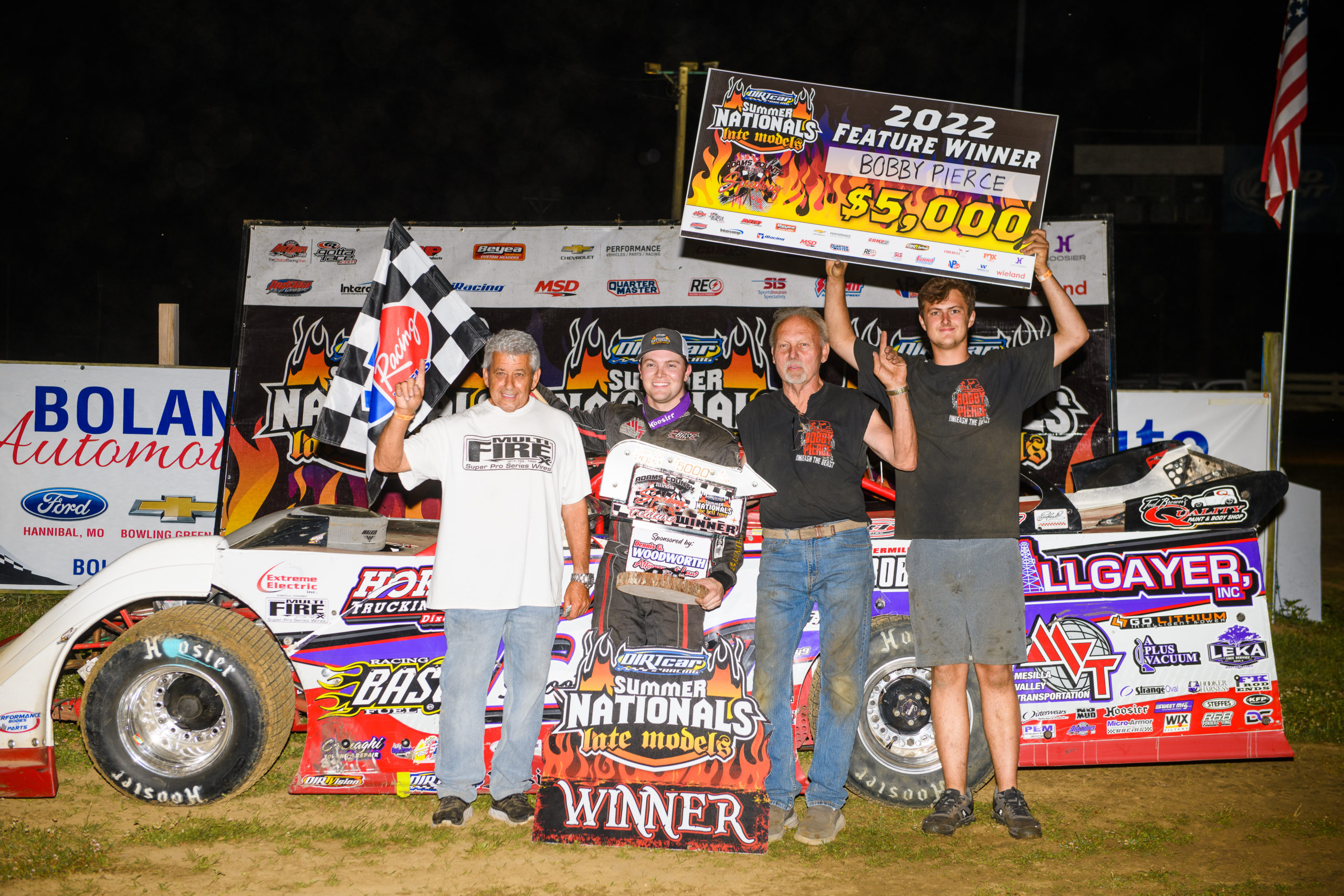 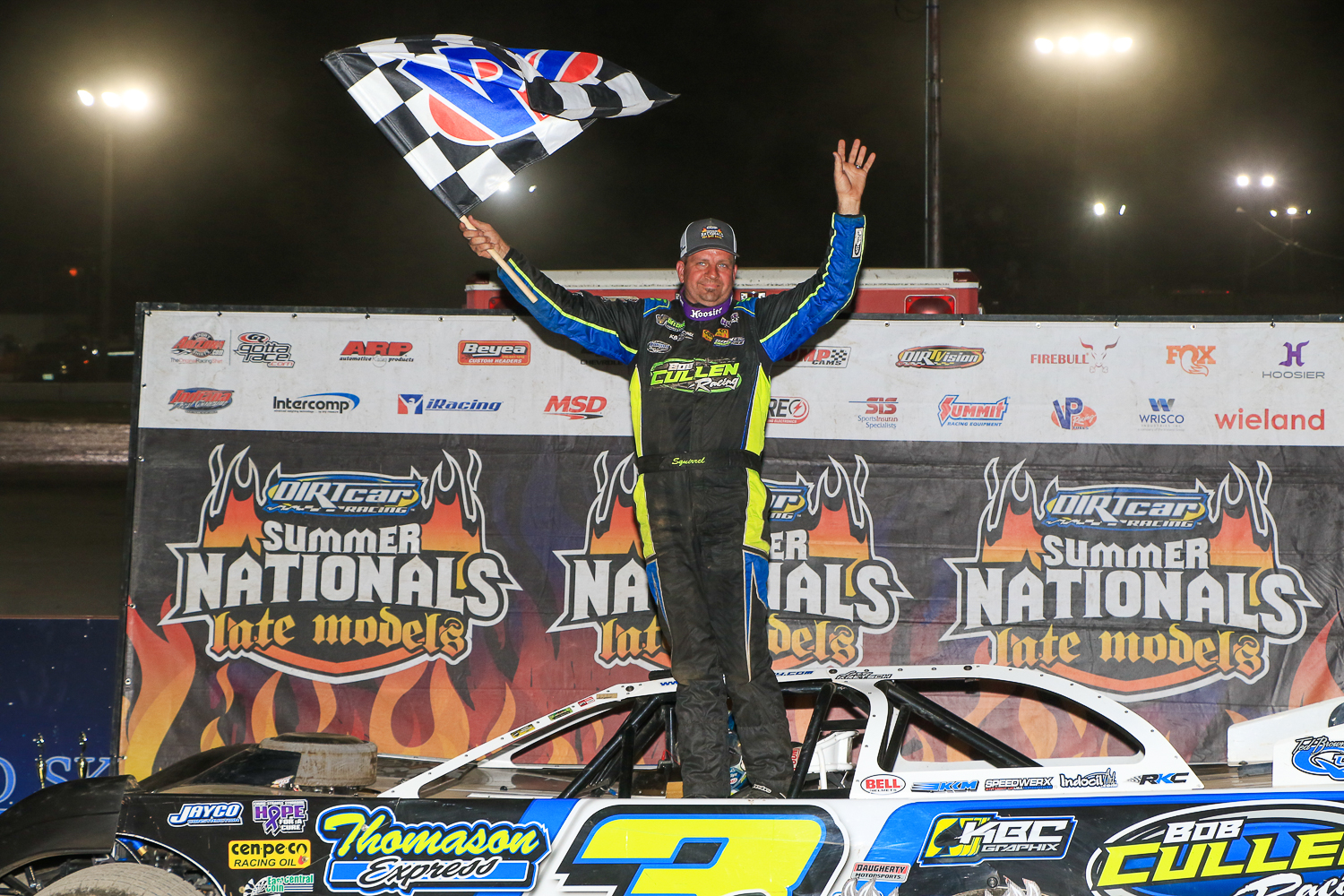