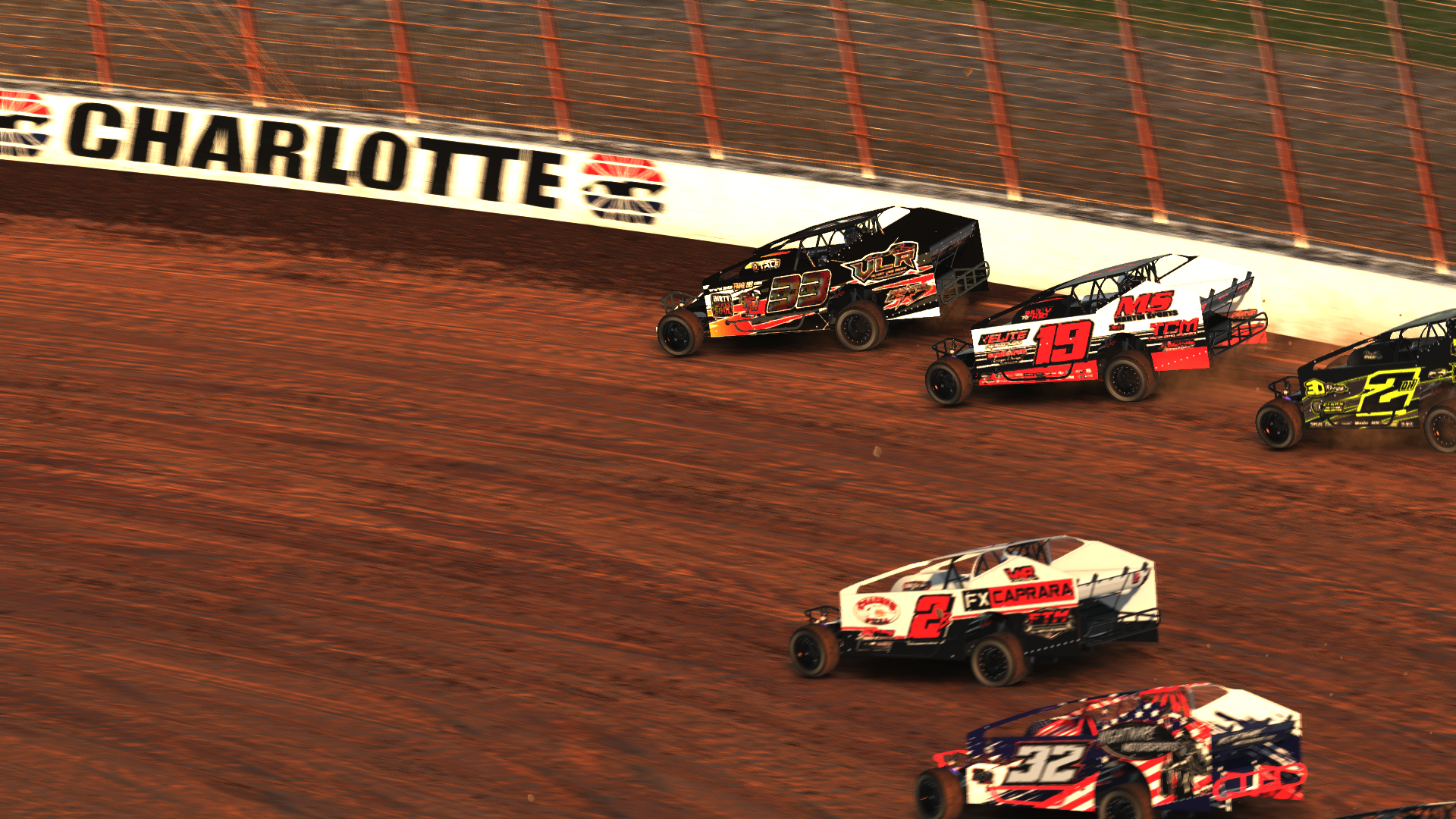 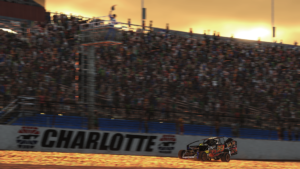 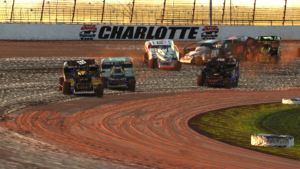 And what a unique win it was for the Bakersfield, CA-native, having won on the brand-new simulation update from iRacing that was finalized just hours before the green flag was thrown. A new feature that accounts for the moisture in layers beneath the racing surface rolling to the bottom of the track in banked areas was added to all dirt ovals, including Ohio’s Limaland Motorsports Park – the site of Wednesday’s Drydene DIRTcar eSports Pro Late Model Showdown.

The drivers seemed quite pleased with the new update, but none more than Wilson, who picked up a total of $325 in winnings and contingency for his victory in the 11th DIRTcar eSports event of the season.

At the drop of the green, the 2019 iRacing World of Outlaws Morton Buildings Late Model Series World Champion Blake Matjoulis grabbed the lead and began to set the pace out front.

However, it was Wilsons’s D1RT Racing #80 using the bottom-middle lane to make the pass for the lead on Lap 3.

“I tried that groove a lane off the bottom above the tires and thought it was actually good, so I went there on the start,” Wilson said. “It seemed to stay good all race. I kept watching the splits and they would grow just a hair, lap-after-lap. I just stayed right where I was and didn’t have to move around much.”

Wilson fought through several groups of lapped traffic but was able to keep the lead as the field found its first caution flag of the night on Lap 19 of the 40-lap Drydene Feature.

Back a bit further in the field was the two-time iRacing World of Outlaws NOS Energy Drink Sprint Car World Champion Alex Bergeron battling with fellow iRacing Pros Devon Morgan and Kendal Tucker. They got it sorted out after the restart as Bergeron took second behind Wilson and Tucker chasing Morgan down for third.

Tucker soon switched from the middle groove back to the top side and got a big run on Morgan for third on Lap 32. It took a slide job in Turns 3-4 to get it to work, but Tucker was able to hang on through Wilson’s rebuttal slider the very next corner and take the spot permanently.

Tucker gave a big tip-of-the-hat to the iRacing staff for its newest update – one he feels played a role in his, and everyone else’s, ability to run the bottom and the middle.

“I thought the racetrack was really good,” Tucker said of the simulation update. “Everybody was making the bottom to middle work, it seemed like. I was able to run the top just as fast, and there were definitely two-to-three grooves right there in that track.”

Bergeron came out on top of the mad scramble for second near the midway point of the race and said he truly could feel the difference in the way each of the grooves on the track came in throughout the night.

“With this new update, I feel like this really helped the racing,” Bergeron said. “A lot more lines, a lot more racing for sure. We tried some stuff, tried the outside, and to come away with second place is very, very good.”

Bergeron settled-in behind Wilson by the home stretch, and despite having won three DIRTcar eSports races prior, was satisfied with just a runner-up result Wednesday night.

“If I would have got to Wilson, I would have tried to pass him. But with the lapped cars there, I just wished for a good race and to be able to win it fair,” Bergeron said.

“It’s tough to just go out there and pass somebody like that. We’re all very good, and you need them to make mistakes to be able to pass somebody.”

But in the end, nobody was catching Wilson. With only a few lapped cars still in his path, Wilson cruised across the line for his second career victory with the DIRTcar eSports league.

“We were tracking down the leaders pretty quick,” Tucker said. “I just wish it might have been 50 laps. I don’t know if we could have got them, but we definitely would have got there to them at the rate we were going.” 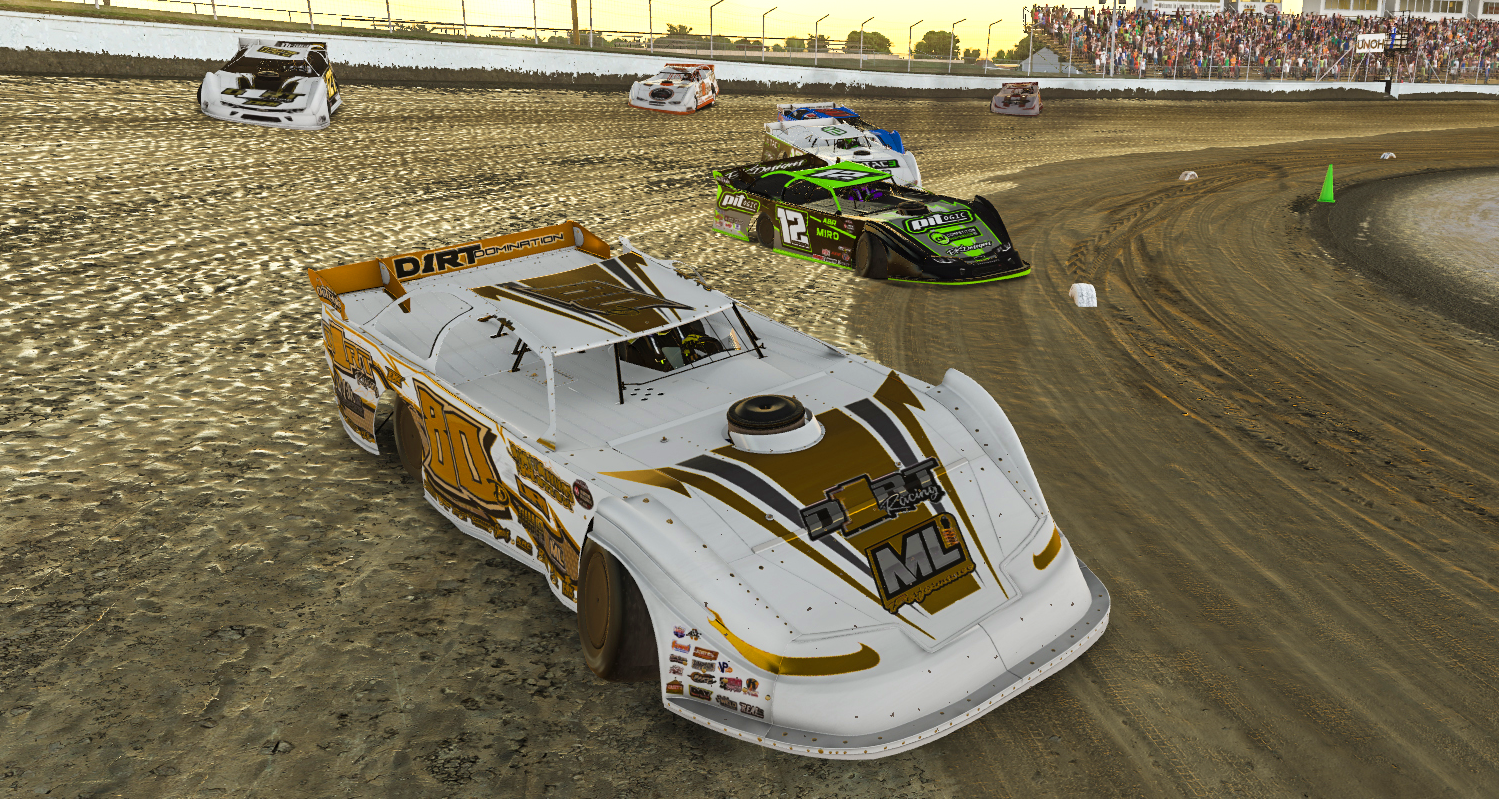 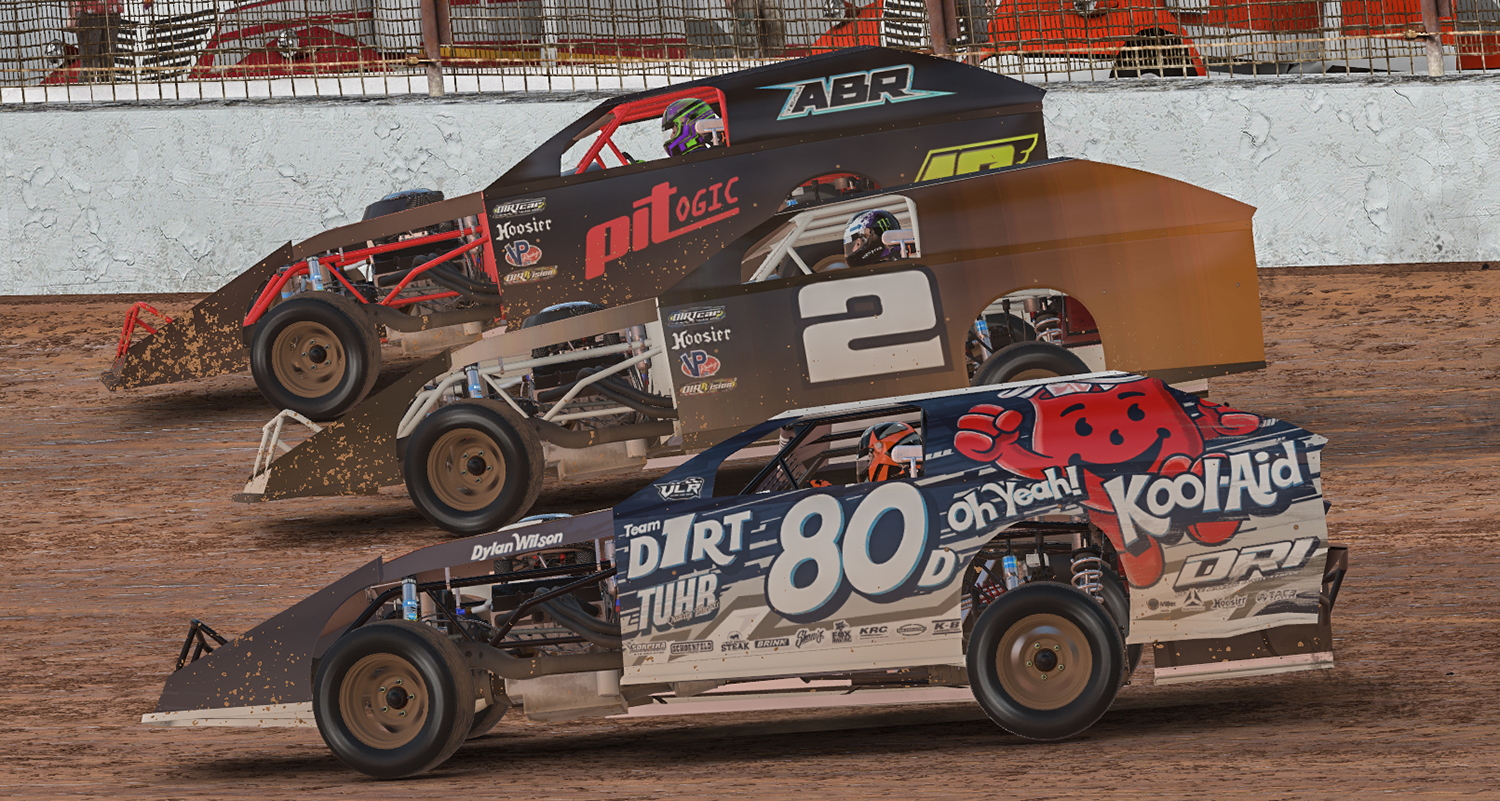 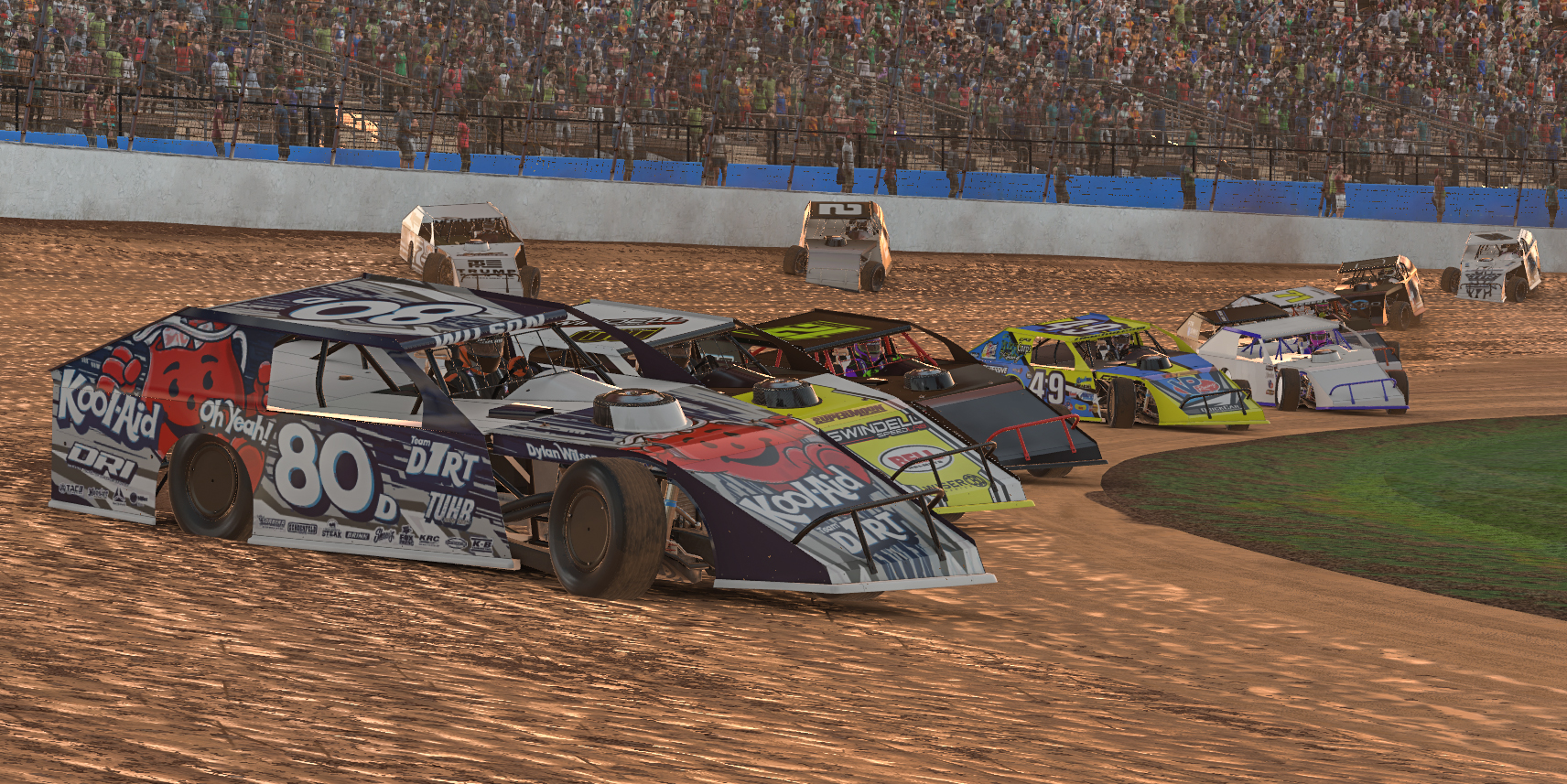 Dylan Wilson earned himself a hard-fought victory in Wednesday night’s DIRTcar eSports Summit Racing Equipment UMP Modified Showdown after battling it out with Alex Bergeron and Dylan Houser in the latter portion of the race to score the big check at The Dirt Track at Charlotte and a new virtual trophy on his shelf.

Wilson led the opening circuits but was quickly tracked down by the race’s Hard Charger, Dylan Houser, who started 14th on the grid and made the pass for the lead just 15 laps in. Houser kept up the momentum while Bergeron began to put the pressure on next, taking the lead for a few laps himself just past the halfway point.

Wilson and Houser later became locked in a dogfight for the lead in the final laps, trading multiple slide jobs in lapped traffic. But in the end, it was Wilson coming out on top, making the final pass on Houser for the lead with 5 laps to go to take the checkers.

The DIRTcar eSports action continues in two weeks’ time with the DIRTcar Street Stock Showdown at USA International Speedway on July 29. Sign up today at DIRTcar.com/eSports, and catch all the action on DIRTVision presented by Drydene.